Critic, author, editor, painter, maker of documentaries, Trustee and member of numerous panels, committees and advisory boards, Aruna Vasudev is, above all, a torch-bearer of Asian cinema. Founder-editor of Cinemaya: The Asian Film Quarterly and founder of Cinefan, The Festival of Asian Cinema, Aruna has a zest for life and friends and an appetite for the arts, literature and travel. Throughout this trajectory, she has been showered with numerous national and international awards, including a Lifetime Achievement Award in Colombo.  She was a jury member in the 1989 Locarno Film Festival. She has edited or co-edited 13 books and one book she translated from French into English (Jean-Claude Carriere’s A la recherche du Mahabharata – In Search of the Mahabharata: Notes of Travels in India with Peter Brook 1982-1985) were done side by side with her work on the magazine.

Co-editor of Being and Becoming: The Cinemas of Asia (2002) that became the first book to offer a comprehensive overview of the history and aesthetics of around 30 Asian countries, Aruna Piloted several projects including the publication of Kenji Mizoguchi and the Art of Japanese Cinema by Tadao Sato, the first book in English that gives the reader an insider’s view of the oeuvre of this great master. Her PhD thesis was published as a book titled Liberty and Licence in the Indian Cinema in 1979. As a director and producer of documentaries, she has some 20 films to her credit. These were made between 1967 and 1979 for Swedish Television, the Canadian International Development Agency, Belgian Television, War on Want, London, and in India for the Films Division and Doordarshan. 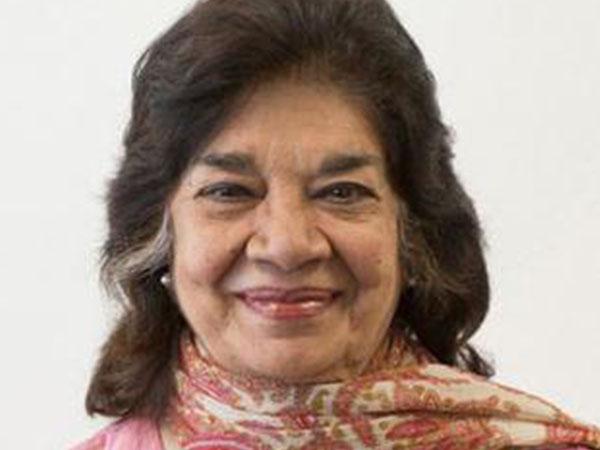