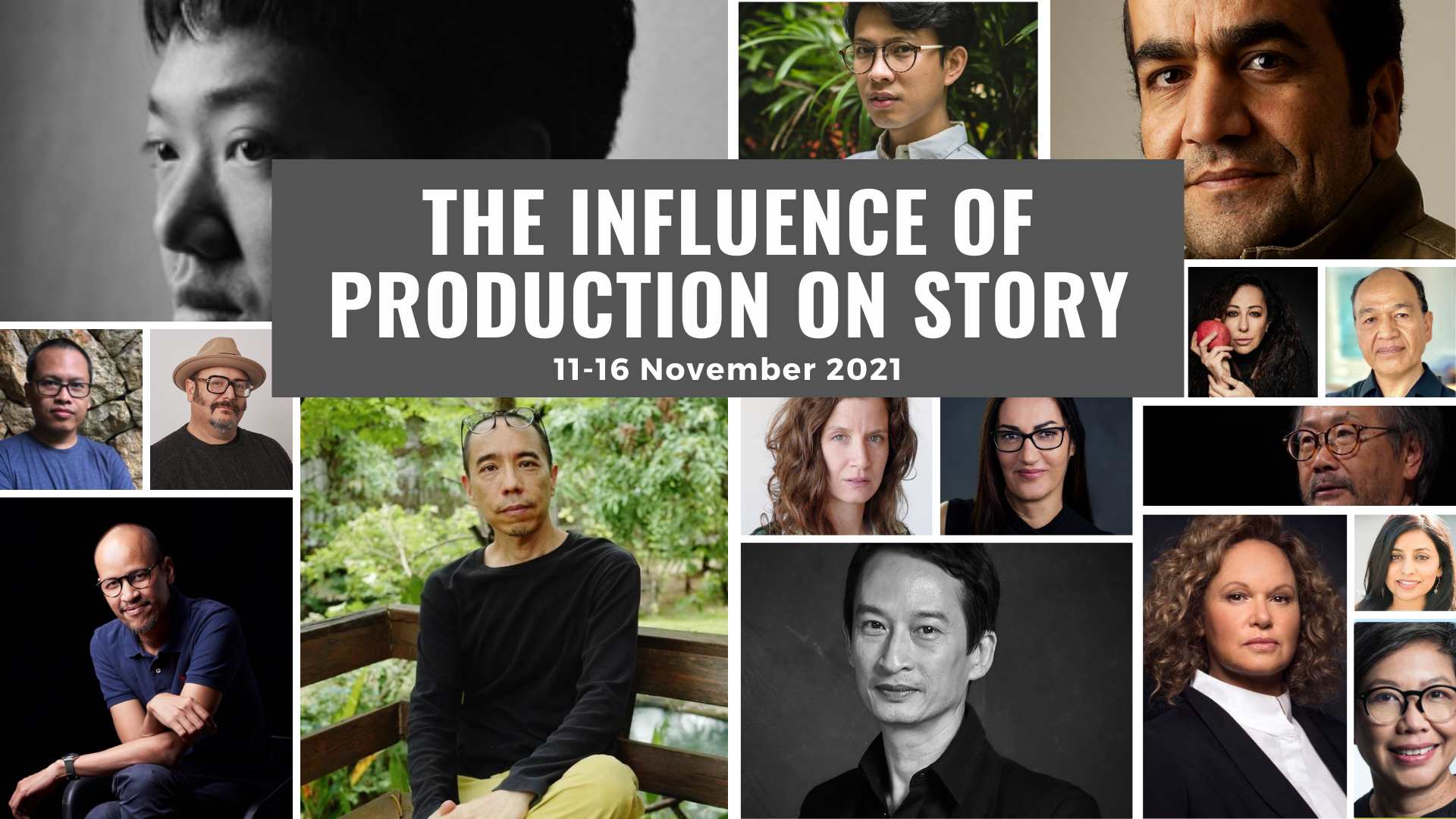 Presented as both a physical and globally streamed event, the Forum’s theme The Influence Of Production On Story was explored via a series of panels, in conversations and case studies. Open to the screen industry and featuring APSA Jury, nominees and Academy Members, the 6-day event was designed to spark lively screen culture discussions with themes of inclusion, accessibility, authenticity, excellence in craft, and connection.

With Jack Thompson AM PhD as President of the Academy, the event is presented by the Asia Pacific Screen Awards’ prestigious Academy of filmmakers, one of the largest and most diverse film Academies in the world.

Bringing together the most extraordinary talent, the 2021 Asia Pacific Screen Forum grew in its 3rd year. Officially opening on Thursday November 11 with the gala Asia Pacific Screen Awards which was held at HOTA on the Gold Coast, Australia, the Forum sessions commenced on Friday November 12 with a program of three significant panel discussions featuring some of the most influential leaders in their field, and encompassed some of the biggest issues faced by the storytellers of Asia Pacific and beyond.

This panel will discuss applying a creative lens to financing film projects. more

Discuss how to navigate the demands of production to deliver authentic stories in cultural and diaspora film. more

Hear from one of this generation’s most compelling storytellers about the craft of film. more

ANY FILM IS A SACRIFICE AND A DEVOTION: In Conversation with Jeremy Chua

FROM PAGE TO SCREEN: Adaptations for Film

Hear from international and local distributors and sales agents about the state of the industry and distribution, and biggest opportunities… more

IN CONVERSATION with Apichatpong Weerasethakul and Soros Sukhum

A popular fixture of the Forum, Meet the Programmers offers international and local industry unprecedented access to hear from some… more

The roundtable discussions in 2021 are comprised of four intimate discussions, providing a unique space for screen creatives to openly… more

APSA's 2021 screening program will complement the Forum with both industry and public able to attend. more