George Gittoes is an artist who deliberately places himself in the path of the war machine. He is also an award-winning filmmaker. Over the last 45 years he has lived, worked and witnessed in countries around the world suffering appallingly destructive violent conflict, including Cambodia, Rwanda, Somalia, Nicaragua, Northern Ireland, Philippines, Bosnia, East Timor, Palestine, Congo, South Africa, Lebanon, Gaza, Russia, Mozambique, Timor, Western Sahara, Yemen, and Iraq, setting up studios to document and advocate for people caught up in the chaos, utilizing art as a positive force to declare “war on war.”

In 1969-71 he was one of the founders of the now-legendary Yellow House in Sydney, inspired by Vincent Van Gogh’s vision of artistic collaboration in Provence; in 2010 he settled in the Taliban stronghold of Jalalabad, Afghanistan and established a new Yellow House — just a few blocks from where former Jalalabad resident Osama bin Laden is said to have lived while allegedly plotting the 9/11 World Trade Center attack.

George’s engagement with Afghanistan is deep and longstanding, dating back 16 years, since even before 9/11. 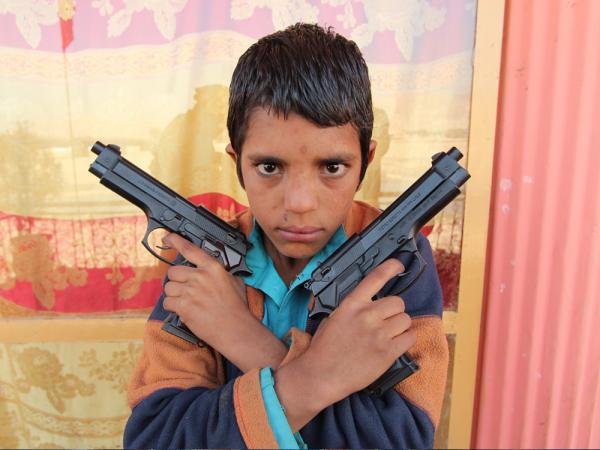 One of Australia’s greatest photojournalists takes the audience on a riveting first-hand journey through an Afghanistan rarely seen on the news. In Snow Monkey, George…

One of Australia’s greatest photojournalists takes the audience on a riveting first-hand journey through an Afghanistan rarely seen on the news. In Snow Monkey, George…