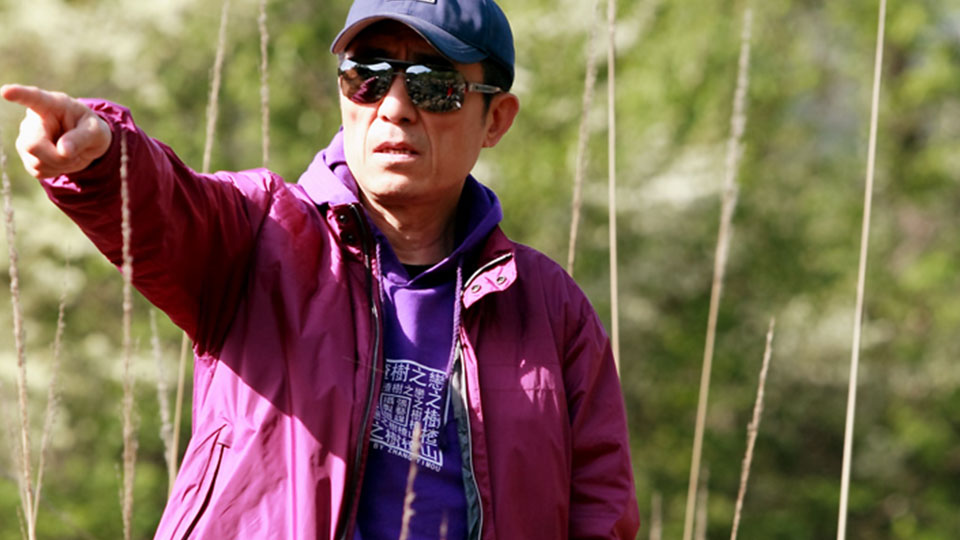 Steven Spielberg calls Zhang Yimou a “creative genius”. Zhang has not only directed more than 22 films but also numerous international events, including the Beijing Olympic ceremonies in 2008. The Opening Ceremony, a spectacular homage to Chinese civilization, was watched by billions of people around the world. Over three decades, Zhang has enriched us all with his haunting tableaux – on screen and stage – of centuries of Chinese life.

Zhang is intense, dynamic and passionate about film. Born in northwest China in 1950 just after the Chinese Communist Party came to power, he laboured as a peasant and factory-hand in his youth, famously selling his own blood to buy his first camera. After graduating from the Beijing Film Academy in 1982, he then worked as cinematographer, actor and writer before directing his renowned “red trilogy”: Red Sorghum (1988), Judou (1990), and Raise the Red Lantern (1991). The trilogy established his signature style – mythic storytelling, lush imagery, gorgeous stars, and stunning colour. “In these films”, he explains, “I went from red to red”, a vibrant hue which celebrates life, love and death. But because he didn’t want people to say “Oh, yet another Zhang Yimou!”, when they saw his next work, he began to explore different genres. These included contemporary film (The Story of Qiuju 1992), opera film (Turandot 1998), martial arts (Hero 2002), and television documentary (Olympic Opening Ceremony 2008).

Indeed, his films have won hundreds of awards and catapulted actors, such as Gong Li and Zhang Ziyi, into world stardom. Zhang himself has earned almost 50 personal achievement awards.

Zhang is a master storyteller. His focus is the heroism, ingenuity and survival of his own people. Hero dramatises the rise of China’s first emperor in the third century BC. Red Sorghum tells of a peasant woman’s fight against Japanese invaders. Zhang explains,

The historical background of Zhang’s current film is the Rape of Nanking (Nanjing) in 1937, when the Japanese army slaughtered 300,000 people. The plot, however, is fiction. The Flowers of War features 13 prostitutes who sacrifice themselves to save schoolgirls in a church sanctuary from rape and murder by Japanese soldiers. Oscar-winner Christian Bale stars as an American priest responsible for the women’s safety. Zhang insists that the film does not sensationalise the sadism of war; rather, it celebrates sacrifice, survival and humanity. His work transcends people and place to tell stories of the human spirit. This, he said, is the essence of the film.

Zhang has come a long way since he first made low-budget films in the 1980s. The Flowers of War has a budget of over $US90 million, an international crew, and a Hollywood star. His art director, Taneda Yohei, designed the set by recreating a grey-hued, war-ravaged Nanjing – churches, brothels, buildings and streets. On the set, Zhang never rests but he does take time out in the evening to reflect on his life and work. “I have a major flaw,” he muses. Slightly dissatisfied with each film he makes, he dreams of a better script and a better film – next time! Yet, even before its public release, The Flowers of War became China’s official entry to the coming Academy Awards.

Zhang Yimou’s lifetime achievements have secured him a rare stature in the film world. He is now over 60 years old and still making movies that circulate to worldwide acclaim. He is a poet onscreen, a painter of the moving image, and an acknowledged master of the art of cinema.