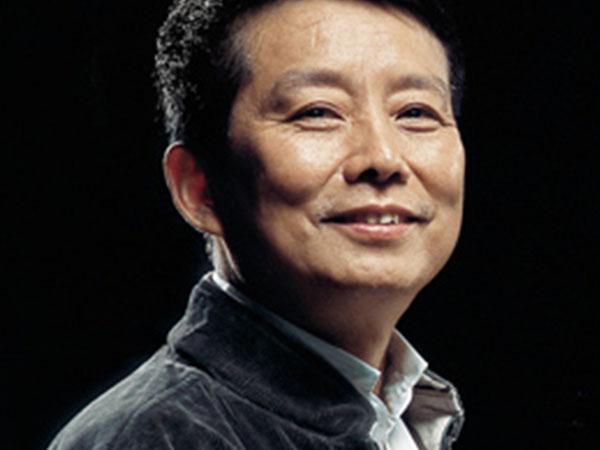 Huang Jianxin is a graduate of the prestigious Beijing Film Academy and is part of the esteemed group of “Fifth Generation” filmmakers. He is the current Chairman of the Beijing Film Director’s Association. His 1985 directorial debut, Black Cannon Incident was selected by the 2005 Hong Kong Film Awards as one of “The Greatest 100 Films in the last 100 years”. Black Cannon Incident and Back to Back Face to Facewere both included in Asia Week’s Top 100 Chinese Films of the 20th Century list. In 2005, Gimme Kudos won the Jury Grand Prix and Best Screenplay prizes at the Shanghai International Film Festival. 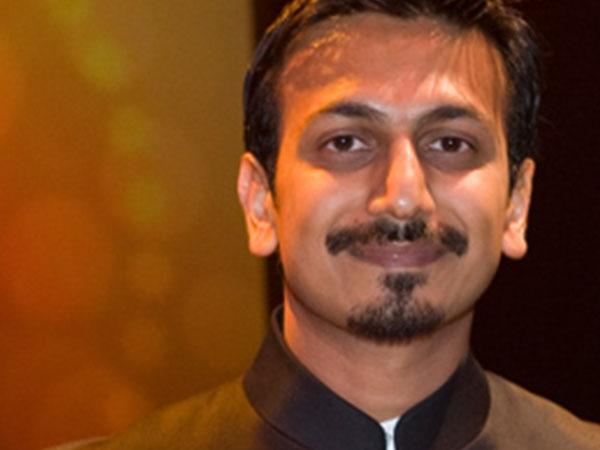 Pryas Gupta, originally from New Delhi, is a trained architect and graphic designer. In 2002, he decided to pursue his interest in filmmaking by joining the film program at the National Institute of Design, Ahmedabad. During this time he made several short films and videos. In 2008, he completed his first feature film titled Siddharth – The Prisoner, which he wrote, edited and directed. The film was awarded the Jury Grand Prize in the 2008 Asia Pacific Screen Awards.

He currently has two projects in development, one of which is a biopic about the early life of Mahatma Gandhi. He presently resides in Mumbai. In addition to filmmaking, Pryas also works as a visual designer and television commercial director. 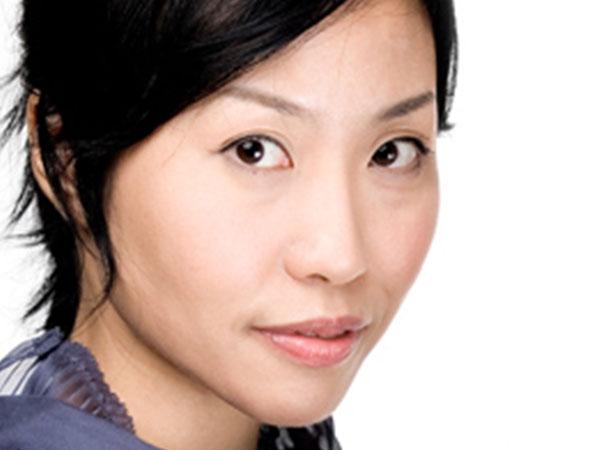 Born in 1973 in Seoul, Gina Kim graduated from the Seoul National University and then moved to the United States where she attended CalArts. In her early films, Kim studied the female identity and examined issues such as anorexia (Flying Appetite, 1998), the commercialisation of the female body (OK Man, This Is Your World, 1995), isolation (Dache-ro-wa-jineun a-chim – Morning Becomes Eclectic, 2001), and the mother-daughter relationship (Kim Gina eui bidio ilgi – Gina Kim’s Video Diary, 2002). Kim Gina eui bidio ilgi (2002) and Gen jip ap (Invisibile Light, 2003) screened at festivals throughout the world, including Berlin, Locarno, Rotterdam, Turin and Vancouver. The highly acclaimed, Never Forever, produced by Lee Chang-dong and starring American actress Vera Farmiga, screened in competition at the Sundance Film Festival 2007 and was awarded the Special Jury Prize at the 2007 Deauville American Film Festival.

Kim was nominated for Best New Director of 2008 in Korea’s prestigious Daejong Film Festival Grand Bell Awards. Kim taught film production and film theory classes at Harvard University as a full-time lecturer for three years from 2004 to 2007. Kim’s new documentary,Faces of Seoul recently had its world premiere at the 66th Venice Film Festival where she sat on the Orizzonti Jury. She is currently developing a new feature film in English, produced by Martin Scorsese. 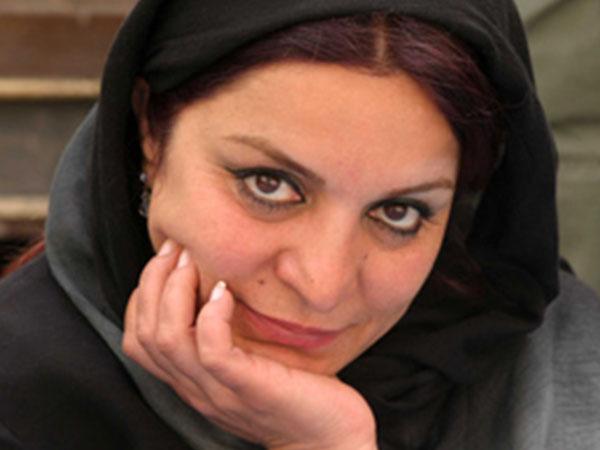 Internationally acclaimed Iranian writer, director and producer Tahmineh Milâni graduated in architecture and began her filmmaking career as a script supervisor and assistant director, followed by writing a screenplay for Mohammad Reza Alami’s Love and Death. Renowned for tackling controversial issues, many of Tahmineh’s films explore gender politics and feature strong female protagonists. She wrote and directed her 1989 debut feature film Children of Divorce and went on to make The Legend of Sigh and What Else is New? Her works gained momentum in the 1990s, culminating in two films that address the universal issue of women’s rights through a specific focus on women in Iran. With Two Women, she earned international acclaim and a reputation as a feminist activist.

Her next film, Hidden Half, deals with more personal material from her own past as a left-wing college student. The Tehran Revolutionary Court took exception to her depiction of the events of 1979 in this film and charged her with supporting counter-revolutionaries. She was imprisoned for two weeks and subsequently released after mounting pressure from the international film community and public support from President Khatami. Her 2005 film Unwanted Woman was awarded the triple crown of Best Feature Film, Best Director and Best Screenplay in Taipei’s 51st Asia Pacific Film Festival. Tahmineh’s 2008 film Superstar, a comedic melodrama about an arrogant actor, enjoyed significant box office success in Iran and was recently released throughout the US.

Andrew Pike is a film historian and documentary filmmaker, a producer, film distributor and exhibitor. He has produced and directed several documentaries, and through his company, Ronin Films, has distributed many Asian and Australian films. During the 1980s he specialised in bringing renowned films from Japan and China to Australian audiences and implemented many innovative distribution and marketing activities for which he won the Australian Film Institute’s Byron Kennedy Award in 1986. He has distributed major Australian films including Shine and Strictly Ballroom, the work of documentary directors such as Dennis O’Rourke and Bob Connolly, and the early work of feature film directors such as Jane Campion, Baz Luhrmann, Vincent Ward and Scott Hicks. He directed Angels of War, which won Best Documentary at the 1982 AFI Awards and Best Documentary at the 1982 Nyon Film Festival, Switzerland.

He co-authored a seminal book, Australian Film 1900-1977 published by Oxford University Press. In 2007, he was awarded an Order of Australia Medal for his services to the film industry and the community, and an honorary doctorate from the University of Canberra.

In 2003, he was appointed by the French government to the rank of Chevalier dans l’Ordre des Arts et Lettres for his promotion of French cinema in Australia. He is a Board member of the National Film and Sound Archive of Australia. 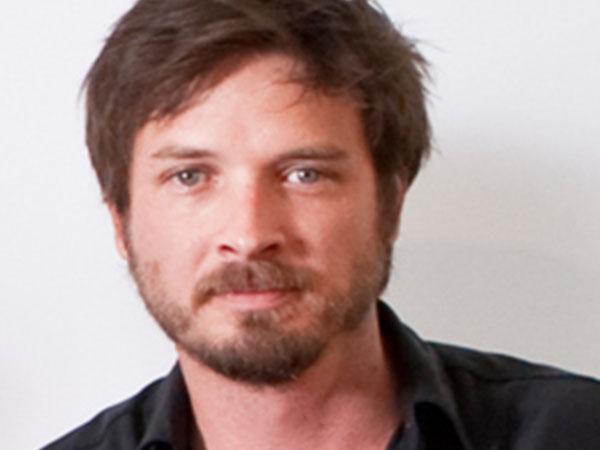 Aden Young has acquired an impressive filmography since his debut in Bruce Beresford’s Black Robe. His early credits include Broken Highway which screened in Official Competition at the 1994 Cannes Film Festival. His 1995 performance in Metal Skin earned him a Film Critics Circle Best Actor Award and an AFI Best Actor nomination, as did his performance the following year in River Street. Other notable performances include Cousin Bette, opposite Jessica Lange; Molokai with Kris Kristofferson, In The Shadows with Joley Richardson, Love And War with Brenda Fricker, Serenades, Cosi, Hotel De Love, Mark Lee’s The Bet. In 2006 he toured the Sydney Theatre Company’s acclaimed New York run of Hedda Gablerwith Hugo Weaving and Cate Blanchett. In 2009 Aden returned to the screen with Kriv Stender’s Lucky Country and Bruce Beresford’s smash hit Mao’s Last Dancer.

In 2010 Aden will be seen in the Jeremy Sims WWI epic Beneath Hill 60 and Julie Bertuccelli’s The Tree, opposite the recipient of the 2009 Cannes Film Festival best actress award, Charlotte Gainsbourg. Behind the camera Aden has written and directed the award winning shorts, The Order and The Rose Of Ba Ziz and has collaborated with internationally renowned filmmaker Paul Cox, as editor of his most recent films, Salvation, Kaluapapa Heaven and Tajiri – Samurai In Space.