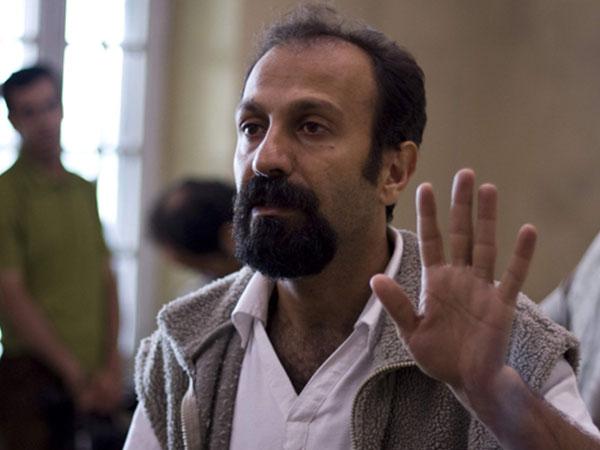 Asghar Farhadi was born in 1972 in Iran. He became interested in cinema when he was a teenager and started his education in filmmaking by joining the Youth Cinema Society of Esfahan in 1986 where he made 8mm and 16mm short films. He received his Bachelor in Theatre from the School of Dramatic Arts in Tehran University in 1998 and his Masters in Stage Direction a few years later.

Farhadi made his directorial debut, Dance in the Dust(2003). The film earned recognition at Fajr and Moscow international film festivals and a year later, Beautiful City (2004) received awards from Fajr and Warsaw international film festivals. His third film, Fireworks Wednesday (2006), won the Gold Hugo at the 2006 Chicago International Film Festival. His fourth film, About Elly (2009) was called “a masterpiece” by film critic David Bordwell and won the Silver Bear for Best Director at the 59th Berlin International Film Festival as well as Best Picture at the Tribeca Film Festival. It was also Iran’s official submission for the Foreign Language Film competition of Academy Awards in 2009. His next film, Nader and Simin, A Separation (2011), became a sensation, receiving critical acclaim inside and outside of Iran; Roger Ebert called it “the best picture of the year,” and it was awarded the Crystal Simorgh from Fajr Film Festival, the Golden Bear for Best Film and the two silver bears for the best group of actors and the best group of actresses from the Berlin International Film Festival. It also won Best Foreign Language Film from The Boston Society of Film Critics, Chicago and Los Angeles Film Critics Association, New York Film Critics Circle, National Board of Review, the Golden Globes, the César Awards, the Independent Spirit Award, and ultimately the Academy Award for Best Foreign Language Film, making him the first Iranian filmmaker ever to win an Oscar. His Oscar acceptance speech at the 84th Academy Awards, a message of peace in tense political times in his country, made him an instant hero amongst Iranians. His film also received nominations for the British Academy of Film and Television Arts (BAFTA) Award for Best Film Not in the English Language and for a second Academy Award in the Best Writing, Screenplay Written Directly for the Screen category.

Farhadi made his latest movie, The Past (2013) in France. Berenice Bejo won the best actress prize from the Cannes Film Festival, the film was nominated for the Golden Globe for the Best Foreign Language Film, won the Best Foreign language Film Awards from the National Board of Review and was nominated in five categories at the César Film Awards including directing, writing and acting.

Asghar Farhadi received the Medal of Officier des arts et des lettres from the Ministry of Culture of France on 27th of February for his artistic influence on French Art and Literature. 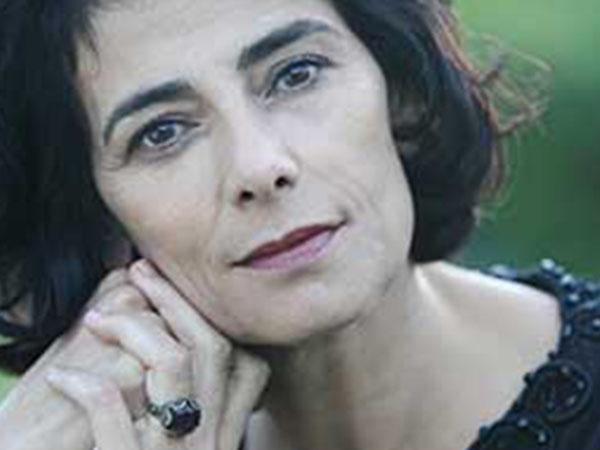 One of the most acclaimed and recognised Palestinian actresses working in international cinema today, Hiam Abbass has starred in almost 50 feature films. The talented and multilingual actress, director and writer works regularly in Palestine, Israel, France and the US. Abbass has collaborated twice with Israeli director Eran Riklis, on The Syrian Bride (2004) and on Lemon Tree(2007), for which she won the APSA and the Israeli Film Academy Award for Best Actress and received a European Film Award nomination. In 2012, her first feature film debut as writer/director, Inheritance, screened at the Venice Film Festival. 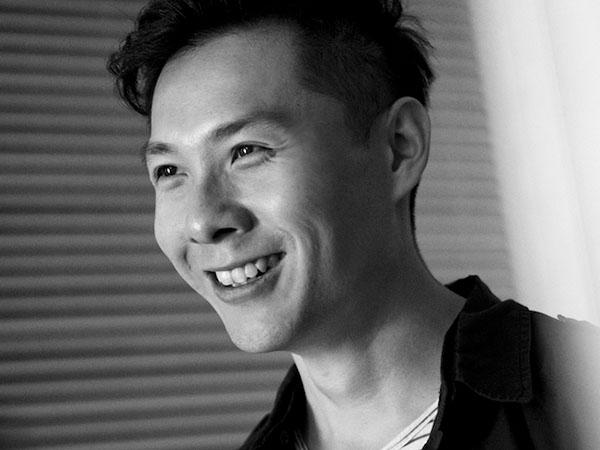 His debut feature, Ilo Ilo (2013), was selected for the Directors’ Fortnight at the 2013 Cannes Film Festival and was awarded the Camera d’Or for Best Debut Feature, the first award for a Singapore feature film at Cannes. It picked up over 30 other awards at festivals worldwide including four Golden Horse Awards (Best Feature Film, Best New Director, Best Original Screenplay, Best Supporting Actress) at the 50th Golden Horse Awards in Taiwan, the equivalent of the Oscars for Chinese-speaking people worldwide. Anthony has also been recently named as Variety’s Ten Directors to Watch. 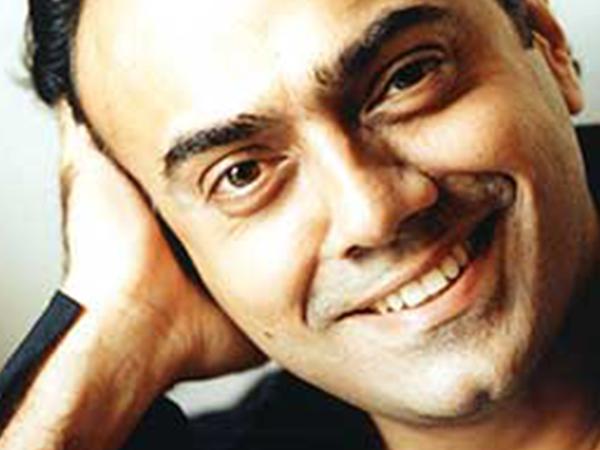 Rajit Kapur is a multi-award winning Indian actor recognised for his extensive work in film, television and on stage. He is also an active stage producer and director. His meteoric rise to fame came with the popular television detective show, Byomkesh Bakshi (1992), directed by Basu Chatterjee. Shortly after, his silver screen debut was in The Seventh Horse of the Sun (1992), directed by master Indian filmmaker Shyam Benegal, which won Best Feature Film in Hindi at the 1993 National Film Awards. This was followed by Benegal’s Mammo (1994); the Bengali film Charachar (1994) which was nominated for the Golden Bear at the Berlin Film Festival and the Marathi film Limited Manuski. His talents were acknowledged when he starred as Mahatma Gandhi in Shyam Benegal’s The Making of the Mahatma (1996), for which he received the National Award for Best Actor in 1995. Kapur then won the Kerala State Award for Best Actor in 1998 for his Malayalam film debut Agnisakshi . In 2010 he won the Best Actor Award at the Imagine India Film Festival, Spain for Two Paise for Sunshine, Four Annas for Rain (2009). His many film credits include Ghulam (1998), Well Done Abba! (2009), Yeh Mera India (2008), Guzaarish (2010) and Shaitan (2011). Recent releases include Dishkyaoon (2014), Life is Good (2012), Singh Saab the Great (2013), Delhi Eye (2012) and the big budget action comedy Kick (2014). After a 15 year break from television, Kapur was seen on television screens in Shyam Benegal’s magnum opus Samvidhaan – The Making of the Constitution. Kapur has been acting in stage productions for more than 35 years and has directed The Wisest Fool On Earth (one man show), Epilogue, Mahua and most recently, Tennessee Williams’ The Glass Menagerie. He is a co-founder of Rage Productions, which has produced some of the finest English plays in India. 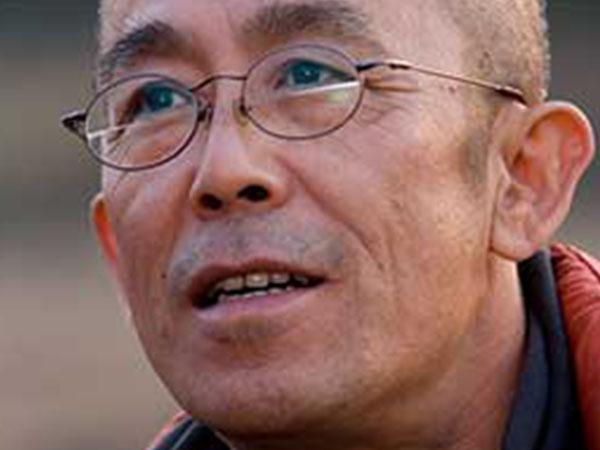 Lu Yue has been one of China’s leading cinematographers for decades and is also an award-winning director. As a cinematographer he is best known for his many collaborations with three of the most successful Chinese filmmakers of all time – Zhang Yimou, Feng Xiaogang and John Woo – among many others. Lu has been awarded Best Cinematography from the New York Film Critics Circle, the LA Film Critics Association, China’s prestigious Golden Rooster awards and the Asia Pacific Screen Awards. Lu is also active as a director, with his film The Obscure (2007) invited to screen at the Venice Film Festival. 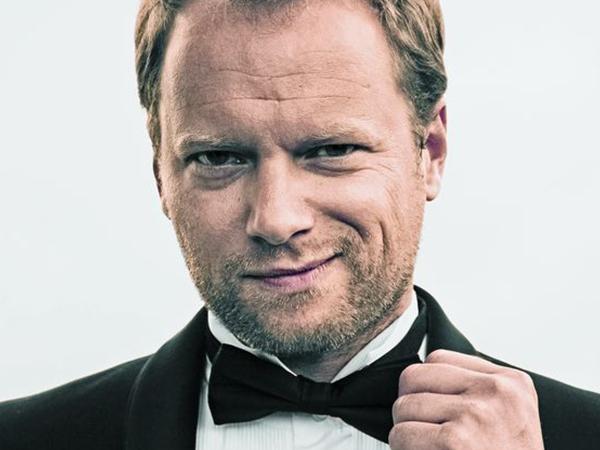 Maciej Stuhr is a prolific and well-loved Polish actor and comedian and a much-sought-after host and presenter. In his acting career he has appeared in over 50 roles, worked with directors including Andrzej Wajda and Krzysztof Kieślowski, has been awarded the Polish Eagle for Best Actor at the Polish Film Awards and the Zbyszek Cybulski Award for Best Actor of the Young Generation.

An eloquent and witty speaker, Stuhr has won the prestigious Polish Speaker Award and has hosted the Polish Film Awards, the Gdynia Film Festival and in 2006 he co-hosted, alongside Sophie Marceau, the European Film Awards held in Warsaw. In 2009 Stuhr became the Official Ambassador of European Film Academy.