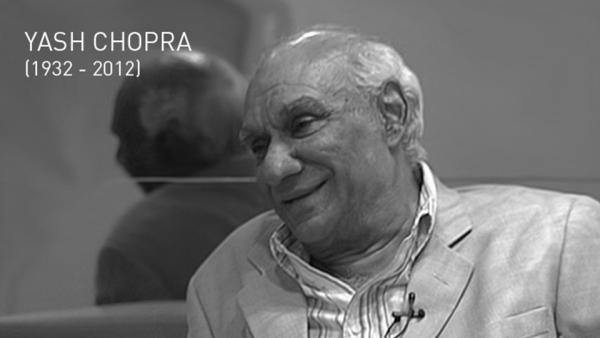 With a career spanning five decades and more than 40 films to his credit, Yash Chopra’s films have defined the language of Hindi movies as we know them today.

Yash Chopra, who passed away in October 2012, was more than director and producer alone. He was the leader of the industry and the voice that governments listen to on matters pertaining to the rapidly booming Hindi film industry. International trade journal Hollywood Reporter in 2004 listed Yashraj Films and the Number 1 Film Distribution House in India, and 27th in the world.

His achievements as both director and producer are staggering. He never fought shy of adventuring into bold and controversial themes ­ which are not just simple ‘message films’. Instead he pulled off the more difficult task of weaving in socially relevant messages within the parameters of commercial cinema. The social comment has been couched in smiles and tears and have managed to successfully bridge the gap between the older and the younger generations.

Even after seven decades, his vitality and creativity remain undiminished, and a new Yash Chopra or YRF film continues to remain the most anticipated event in the film calendar of India. His directorial efforts keep pace with and outshine the work of directors less than half his age ­ for Indians of every age ­ Hindi cinema means Yash Chopra and Yash Chopra means Hindi cinema.

With his vast years of experience in the entertainment business, Yash Chopra was indisputably the leader of the Indian Film industry. The corporatization of Indian entertainment, which is currently at its peak, had its genesis in the pioneering efforts of Yash Chopra. He was on the Advisory Board of the Information & Broadcasting Ministry of the Government of India.