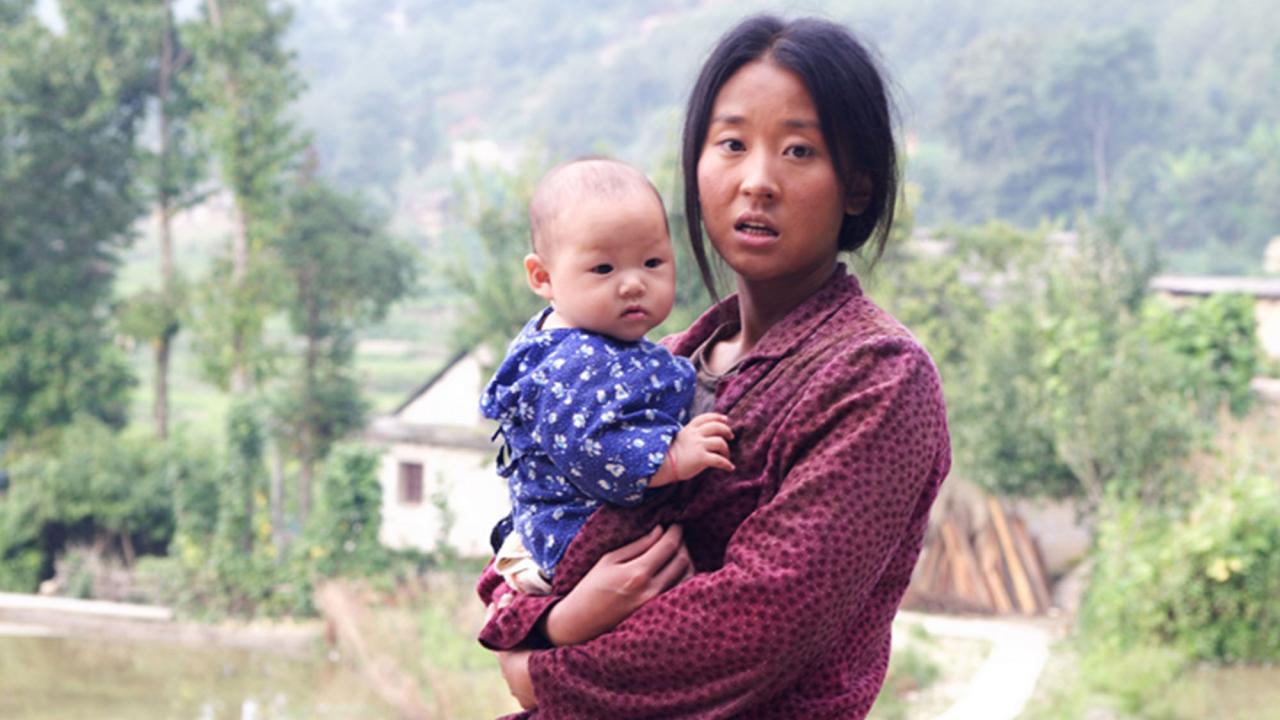 Set in the village of Aicun, Yunnan province, pic begins in the early ’80s, with poor, lame farmer Ge Wang (Tuo Guoquan) pressured by his family to marry the mentally and emotionally stunted Cherry (Miao Pu). Ge weds the unkempt but harmless woman, who spends most of her time chasing children and offering them the fruit that is her namesake. Once married, the shamelessly sexual and embarrassingly naive Cherry shows an insatiable desire to have her own child. Fate intervenes in the second act when Cherry finds an abandoned baby girl in the woods. Though the sprig, named Scarlet, comes complete with a handful of bank notes, Ge panics, thinking he can’t afford to raise a child, and reacts in callous fashion. Final section puts a pre-pubescent Scarlet (Long Li) centerstage as she deals with the stigma of having a mentally handicapped mother whose affection is both infinite and frequently inappropriate.