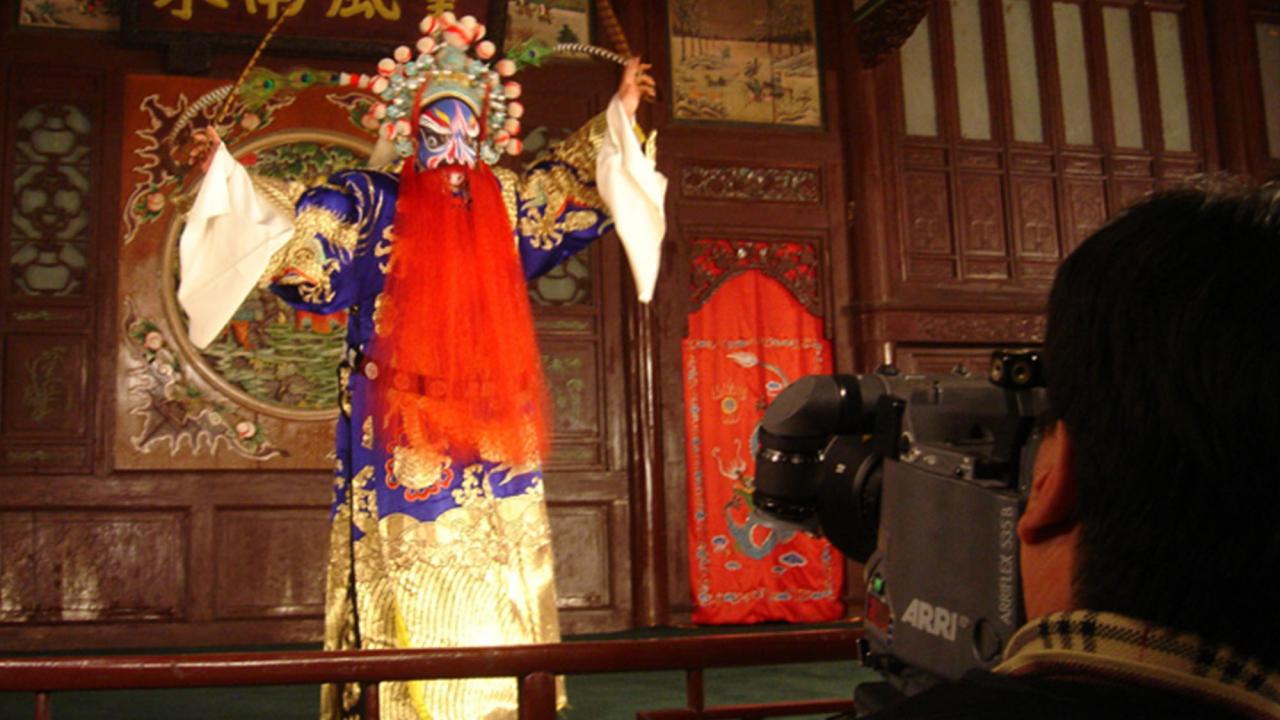 A portrait of Peking Opera’s most famous star, Mei Lanfang (1894- 1961), a man who innovatively shaped his various female characters, from the witty maid to the drunken beauty, by every single finger movement, every blink of an eye and every word he uttered. Chronologically the film recalls the big events in Mei’s life, from his debut in Beijing at 10 to his performance for the new China scientists in 1961, just two months before he died. But in many people’s eyes Mei Lanfang is still mysterious. “He’s the most attractive woman on the stage but a handsome man…a husband and father in real life.” So, who is the real Mei Lanfang? A montage of pictures, music and old footage of the great master in action reveals his life as a great artist, a loving father and a superb teacher.