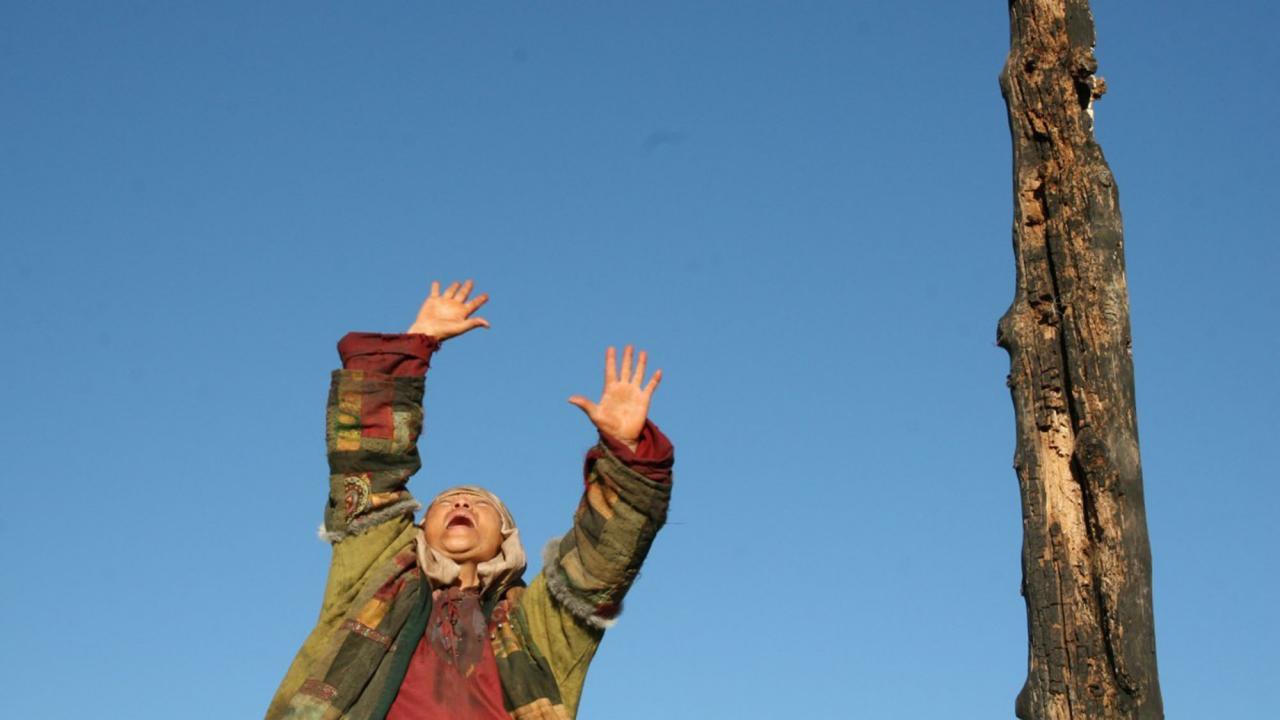 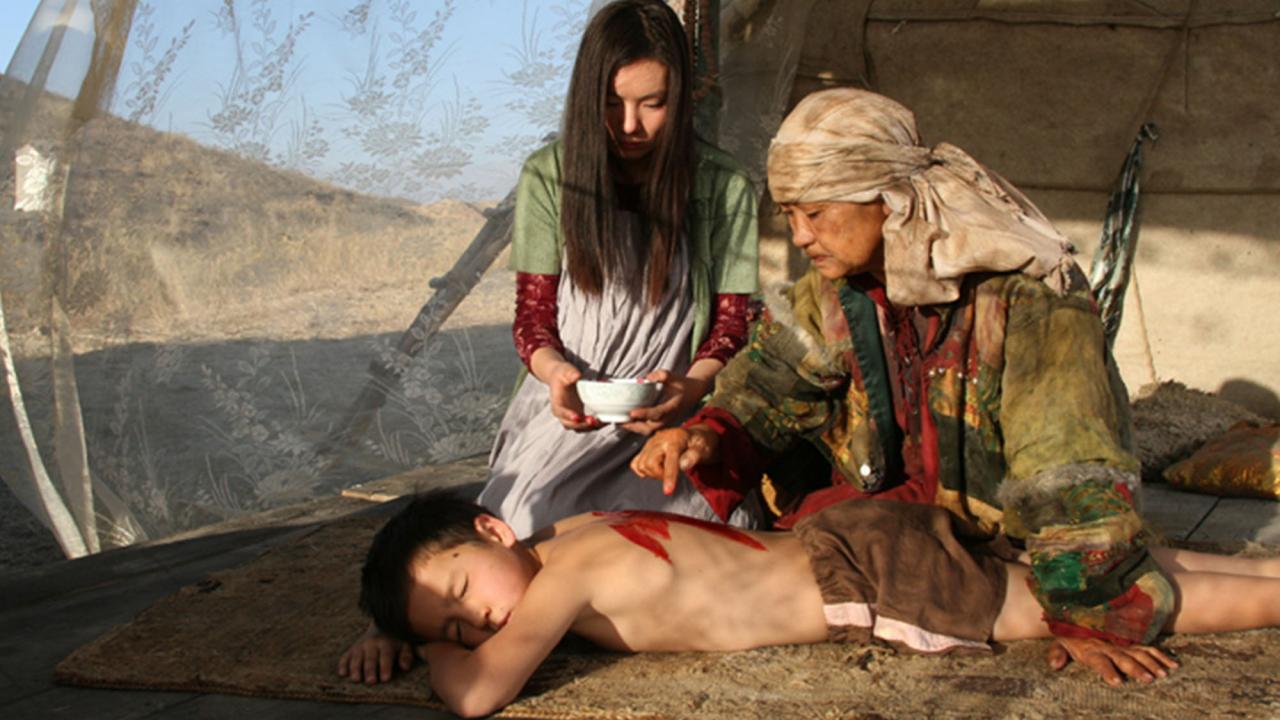 Aidai the baksy, or witch doctor, lives in the mountains and helps people. She uses mysterious actions to cure the sick and to give infertile couples children. As capitalist forces begin to encroach on tradition, the first casualty is any culture’s most fundamental inheritance – land. The healer has to leave her land because the mob thinks the location is suitable for a filling station. A harsh battle between supernatural good and earthly evil ensues. Native Dancer evokes the mysticism of fantasy and the thrills of a gangster film. Featuring Neisipkul Omarbekova, a real-life Kazakh witch doctor, in the title role.