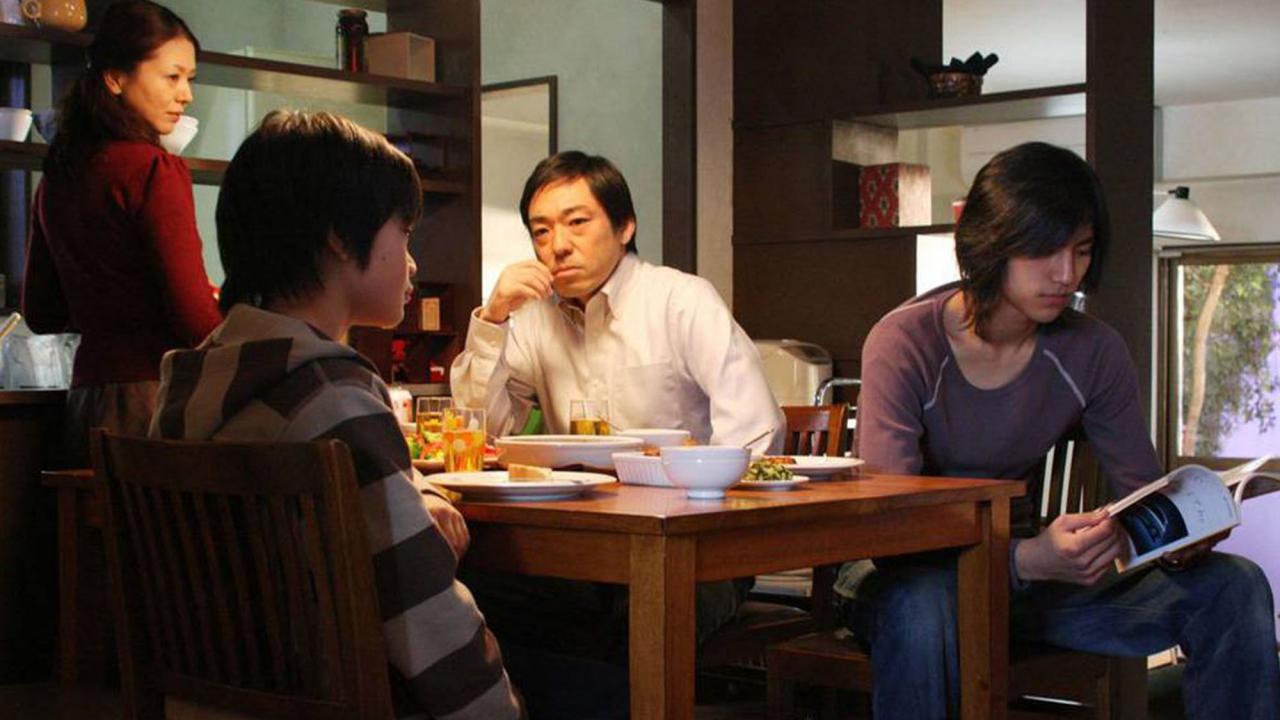 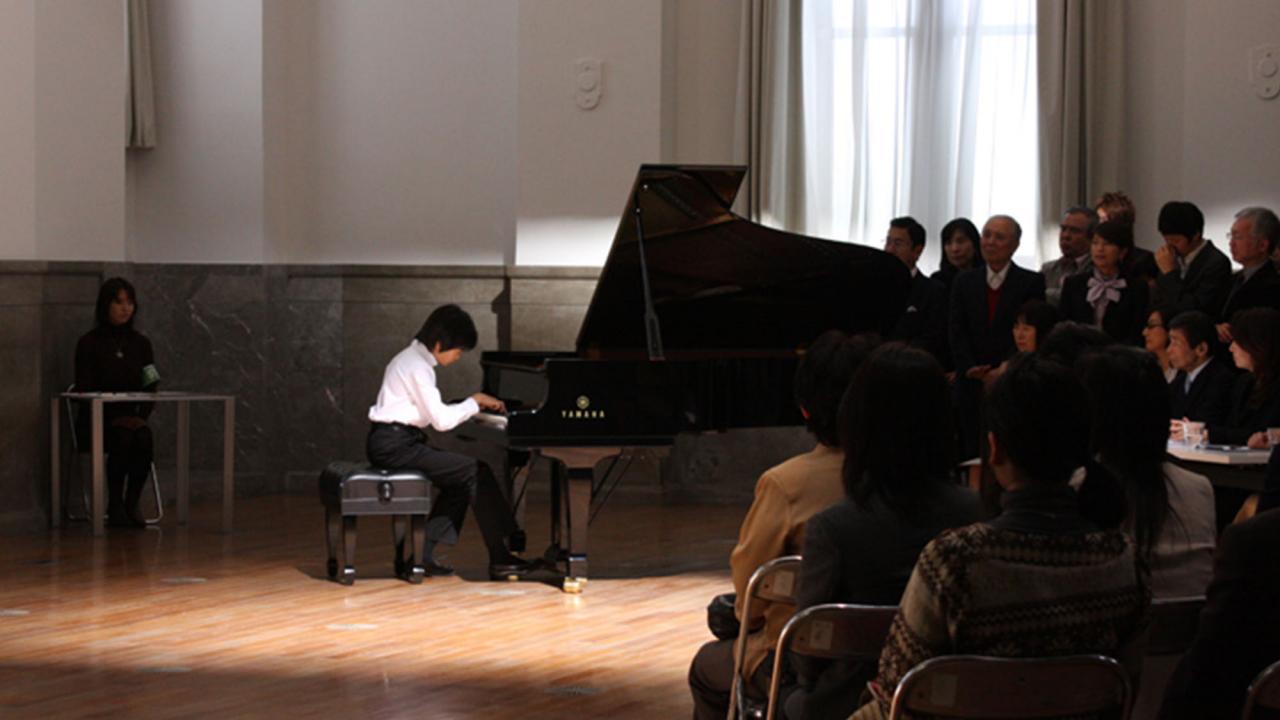 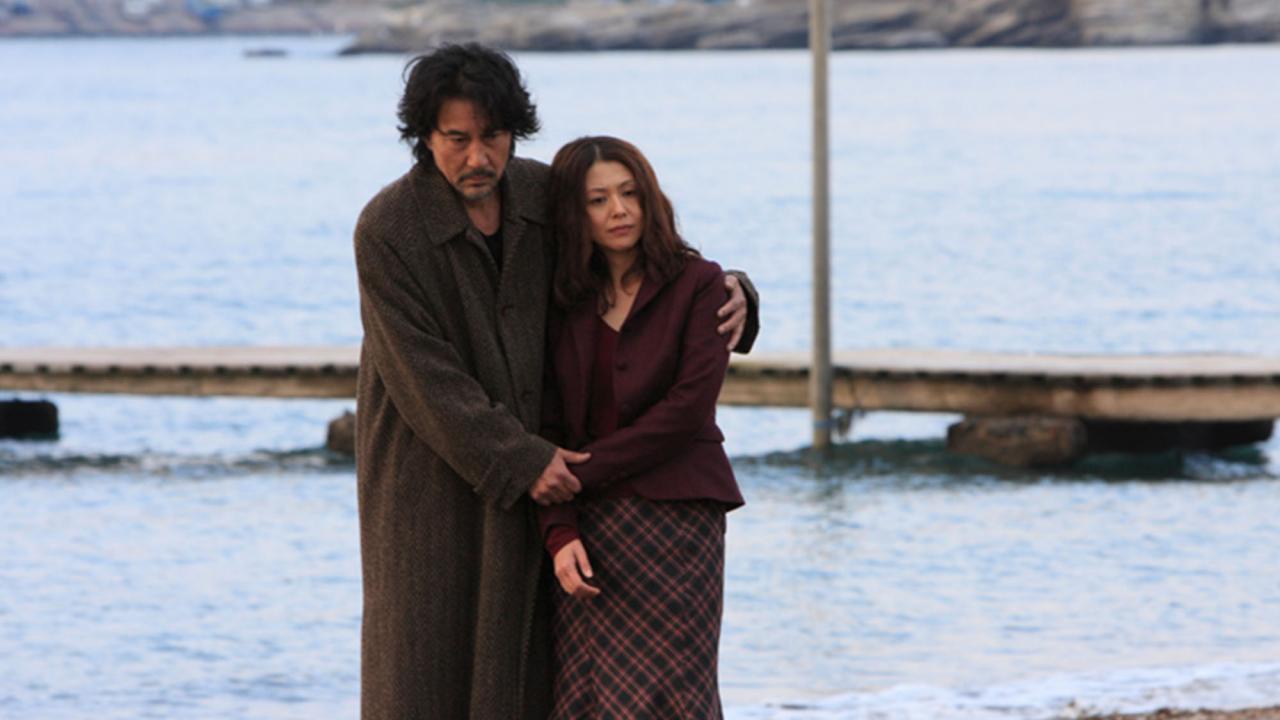 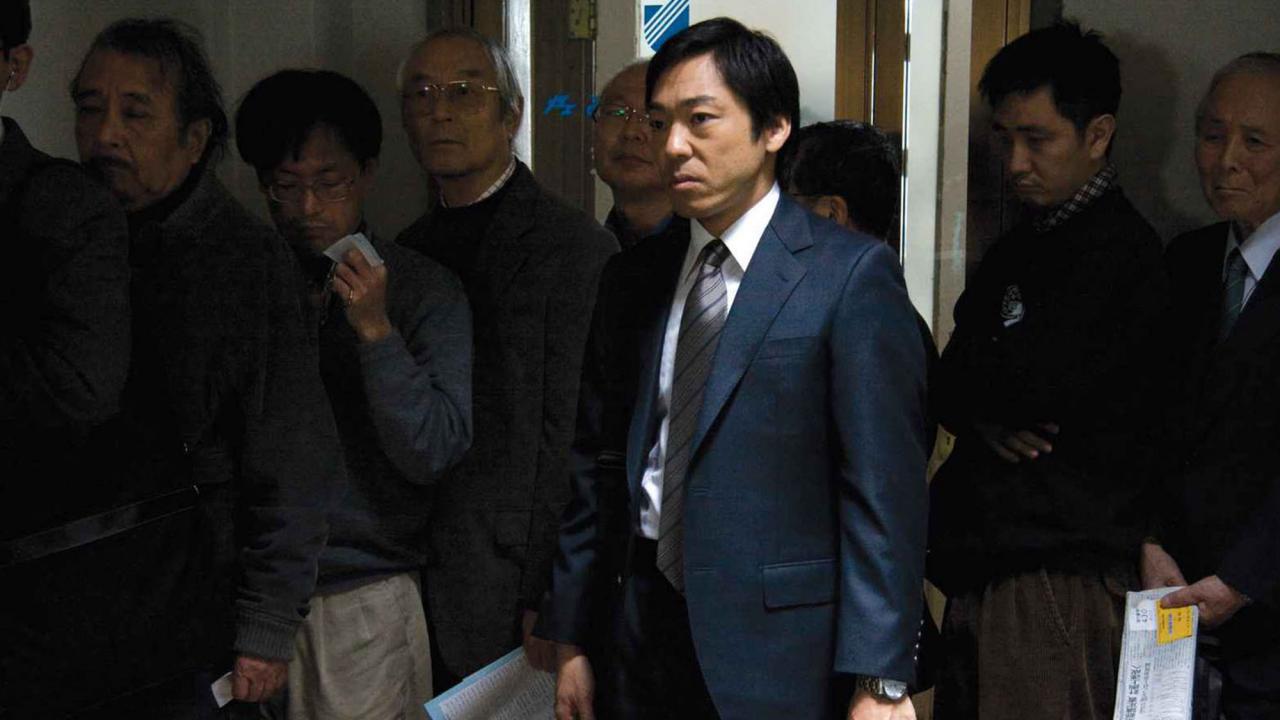 Ryûhei Sasaki (Teruyuki Kagawa) is keeping a secret from his wife, Megumi (Kyôko Koizumi), and his two teenage sons. Even though he leaves the house every day, he’s not really going to work. He’s going to an employment office. He recently lost his job due to outsourcing, but is determined to find another position, all while supporting an old friend who is also out of work. But when Megumi accidentally finds out Ryûhei’s secret and doesn’t tell him, her trust in him, and their marriage, suffers.