Attended Screen Australia’s distributor function last night and finally got to meet Michael Werner from Fortissimo Films. They have been wonderful supporters of APSA. Michael was in Australia last year for the SPAA conference.

Queensland Producer Cathy Overett of New Holland Pictures and I worked the room. They’ve just joined the production of a Finnish-German black comedy, Iron Sky about Nazis on the moon. The studio shoot will be done in Australia.

Regarding competition films Chongqing Blues by Wang Xiaoshuai has not had great comments. Mike Leigh looks on top thus far with critics for Another Year. One of my favourite directors Bertrand Tavernier’s The Princess of Montpenisier is either loved or hated. Either way he’s an impressive film artist. Cinematography is divine with costumes and sets sumptuous in this period piece. With five competition films screened we have some way to go with a further 14 in competition.

I have heard good things about Egyptian Maidens (Egyptian cinema) which is in market and I plan to see. Also Greg Araki’s Kaboom is a must. Showing out of competition in midnight screening slot it’s the new film from the man who brought us Mysterious Skin. Today Julie Marlow and I are prepping for our international launch tonight. All systems go and a perfect day in terms of weather. I look forward to speaking to the many sales agents and producers I have worked with over the last three and a half years. 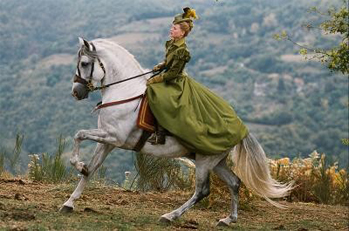