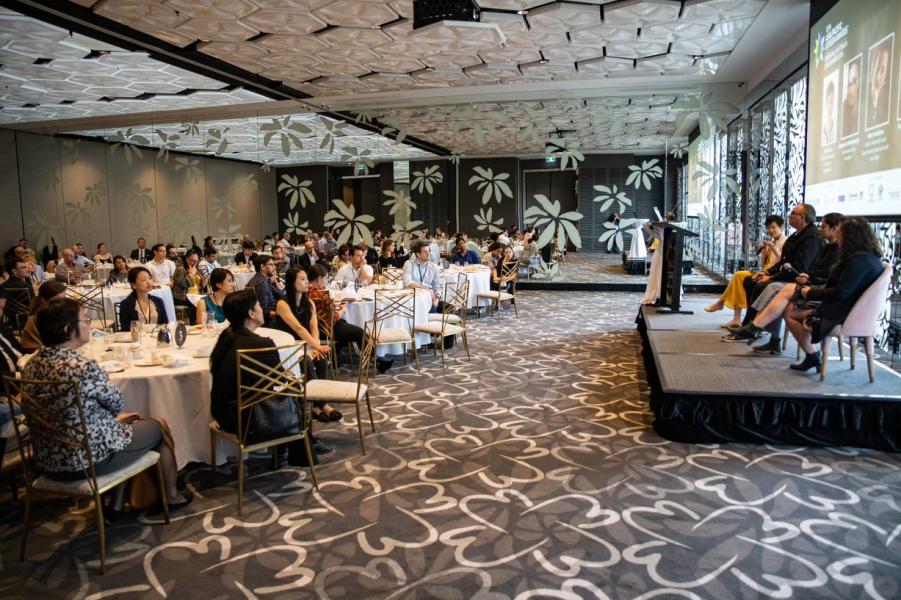 Brisbane: The Asia Pacific Screen Awards today announced the Asia Pacific Screen Forum, an action-packed program of industry-led networking opportunities, designed to facilitate relationships and collaborations between filmmakers across Asia Pacific. Providing fertile creative ground for APSA nominees and guests to strengthen their connections, the programme is open to all industry professionals, providing an unprecedented opportunity to meet and learn from filmmakers from right across the region. The Forum events will take place in Brisbane from Saturday 16th, culminating in the APSA Ceremony on Thursday 21st November.

Established in 2007, the Asia Pacific Screen Awards is the region’s highest accolade in film where cinematic excellence shines. With films from 70 countries and areas in the region, APSA honours filmmaking that best reflects its cultural origins and the diversity of Asia Pacific. Now in its second decade, APSA continues to unearth the rich stories of the region and open doors and unique opportunities for those in the film industry.

“The unprecedented gathering of industry heavyweights, early career filmmakers, established auteurs mixed with the industry’s decision makers has opened doors for many of our guests,” he said.

“The Forum is in many ways as important as the Awards and films themselves. In as much as the films inform us about cultures from other lands, listening to, and collaborating with other practitioners is just as instructive. It is in keeping with the whole notion of the Academy,” Mr Hawkins said.

For more information and to purchase tickets, click here.