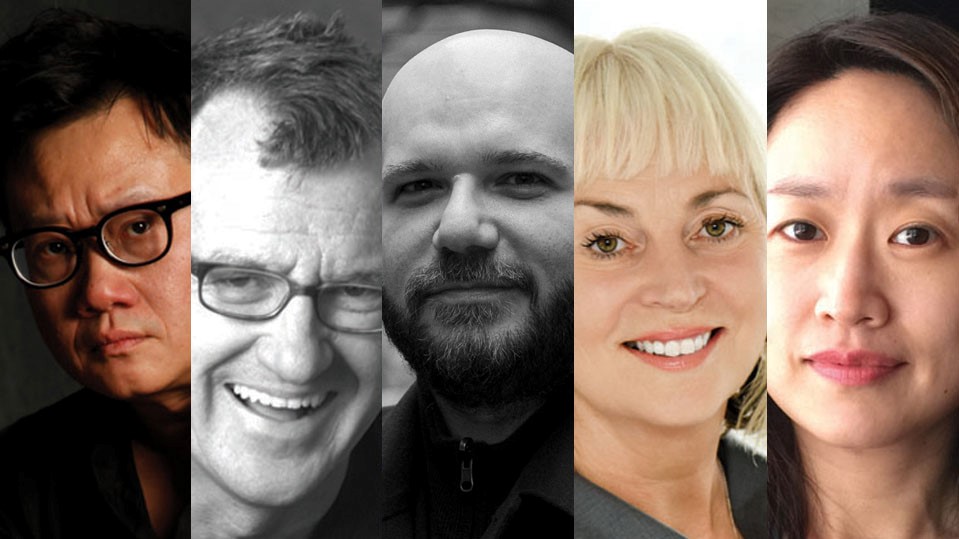 Brisbane: The 13th Asia Pacific Screen Awards today revealed the full line-up of the three juries, drawn from ten countries, who will determine the winners in the region’s highest accolade in film for 2019. The Awards will be presented in Brisbane on November 21, with 37 films nominated from 22 countries and areas of Asia Pacific.

“The talented and diverse people who form the three APSA Juries bring a wealth of experience to the roles,” he said.

“The year, the calibre of films nominated from all over the region is outstanding, and I wish the juries every success as they undertake the difficult task of deciding the 2019 winners.”

President of the APSA INTERNATIONAL JURY is multi-award-winning Singaporean filmmaker Eric Khoo, whose films have been selected for Cannes, Venice, Busan, Berlin, Toronto and Telluride.

Khoo is joined on the five-member International Jury by globally acclaimed filmmakers from Australia, Italy, Republic of Korea and the United Kingdom.

The APSA CULTURAL DIVERSITY INTERNATIONAL JURY determine the winner of the prestigious Cultural Diversity Award under the Patronage of UNESCO, represents APSA’s founding partnership with UNESCO, and the shared goals of the two organisations in the protection and preservation of cultural identity.

Chair of the Asia Pacific Screen Awards Michael Hawkins said “The Asia Pacific Screen Forum will unite the screen industry in Brisbane this November, bringing together some of the most significant screen storytellers and key industry figures, and will include special appearances from some of our Jury members at events, and on panels including the Brunch to explore cultural diversity and freedom of expression in Asia Pacific, and the Meet the Programmers session.”

President of the APSA INTERNATIONAL JURY is multi-award winning filmmaker Eric Khoo, history-making as first Singaporean to have films invited to major film festivals including Cannes, Venice, Busan, Berlin, Toronto and Telluride. He became an APSA Academy member in 2011 as producer of nominated Best Animated Feature Film Tatsumi, which celebrates the life and work of Japanese comics artist Yoshihiro Tatsumi. The film was his third to be selected for Cannes, along with Be With Me which opened Directors Fortnight in 2005, and My Magic which screened In Competition in 2008.

Australian film and television producer Greer Simpkin has produced a number of acclaimed Australian films that have screened at prestigious film festivals, and has notably supported the work of Indigenous filmmakers including Warwick Thorton, Ivan Sen and Rachel Perkins. She was awarded the APSA for Best Feature Film for Warwick Thornton’s Sweet Country in 2017, and in 2018 was awarded both Best Film for Sweet Country and Best Television Drama Series for Mystery Road at Australia’s domestic AACTA awards.

Chair: Palestinian filmmaker Hany Abu-Assad’s The Idol won with the Cultural Diversity award in 2015, and the film was screened in a special APSA event at UNESCO’s Paris HQ, during the 10th session of the Intergovernmental Committee on the Protection and Promotion of the Diversity of Cultural Expressions. Prior to that, Abu-Assad’s 2013 film Omar won APSA’s Best Feature Film award and was nominated for an Academy Award®.

From Lebanon, Zeina Daccache, documentary-maker, actress and founder of the NGO Catharsis-Lebanese Center for Drama Therapy, which brought the innovative tools of drama therapy to Lebanon resulting in the theatrical production known as 12 Angry Lebanese featuring inmates of Roumieh Prison. Her documentary of the same name and was nominated for an APSA for Best Documentary Feature in 2010 and won the Dubai International Film Festival’s People’s Choice Award. The show and film led to the implementation of Law 463 in 2009 (the reduction of sentences for good behaviour).

The third member of the Jury is Dương Bích Hạnh, head of the Culture Unit at the UNESCO Bangkok Office, an anthropologist with a strong commitment to gender equality, cultural diversity and human rights. Her work involves covering the Mekong cluster countries and coordinating a number of regional projects in Asia and the Pacific, to implement UNESCO’s six cultural conventions and promoting the role of culture and creativity in sustainable development.

APSA is an international cultural program supported by Brisbane City Council and powered by Brisbane Marketing. APSA is endorsed by foundation partners UNESCO and FIAPF-International Federation of Film Producers Associations. The awards ceremony is an exclusive presentation unique to Brisbane.