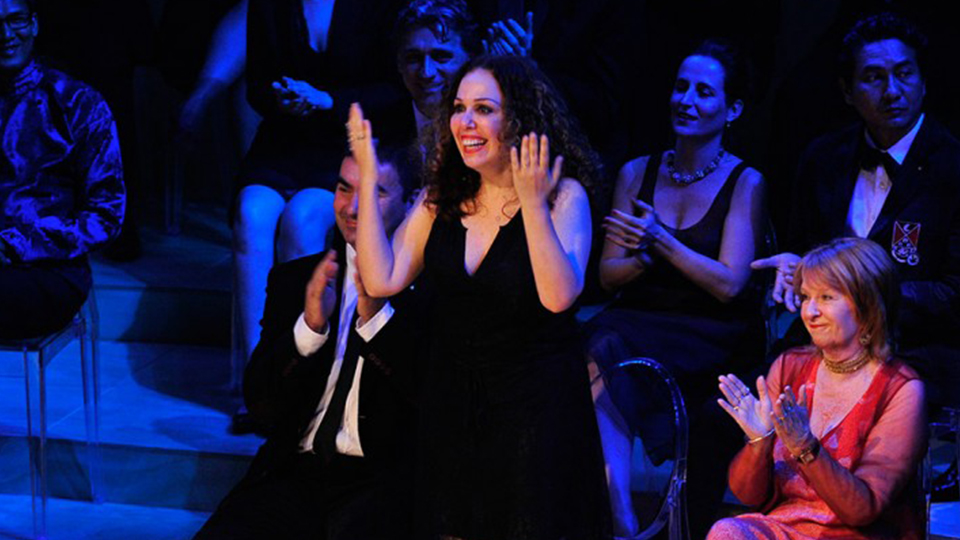 The Asia Pacific Screen Awards (APSA) has announced the four successful projects to be awarded development grants of US$25,000 in the 2012 MPA (Motion Picture Association) APSA Academy Film Fund. Established in 2010, the fund is intended to stimulate film production in Asia Pacific.

A total of 82 feature-length projects were submitted in this year’s funding round from 67 of the region’s best-regarded filmmakers, representing 22 countries and areas across the globe.

The grants, supported wholly by the Motion Picture Association (MPA) bring the total investment over three years to US$300,000.

Panel Chair Andrew Pike said: “We’re in a fantastic position to give really meaningful support to films and filmmakers in countries where there’s not a lot of infrastructure, but also in countries where there is infrastructure. The MPA grants give films a real kick start, and get the projects moving in tough competitive marketplaces. The films we choose are gong to be winners, they’ve got that feeling about them, and we’re in a really privileged position to be the first people on board backing those projects, and that is evidence of the importance of APSA and the importance of what we can do in the region to support filmmakers.”

The recipients were announced at the sixth annual Asia Pacific Screen Awards Ceremony in Brisbane, Australia on Friday November 23.

Following the announcement, President and Managing Director Asia Pacific, Motion Picture Association, Mike Ellis said, “The MPA APSA Academy Film Fund was designed to support some of the best filmmakers from our region during the development period of their new feature film projects – an important phase of the creative process which is often under-resourced and under-funded. Our hope was to provide filmmakers with the assistance to focus on screenplay development and ultimately contribute to better quality films. The success of the initiative has surpassed all of our expectations, with a number of projects having been completed or currently in production. We were extremely pleased for Asghar Farhadi and his fellow filmmakers when A Separation won so many awards, and justifiably so – it is a terrific film. Our best wishes go out to the successful filmmakers this year who submitted such quality projects – our selection panel were mightily impressed.”

Des Power, Chairman of the Asia Pacific Screen Awards, said, “The MPA APSA Academy Film Fund has been enthusiastically received by filmmakers in Asia Pacific. So far 250 projects have been submitted for the fund. The MPA and the American studios behind the initiative are to be applauded.  The scheme recognises the depth of talent in the region and has already helped some seriously good projects make global inroads. The grants target projects at the early stage of development, so often the most difficult phase when funding is scarce. As a screenwriter myself I know how critical it is to spend time to develop a project at this early stage. I congratulate the recipients. I know they are unanimous in their appreciation of the MPA, as am I.”

Formed in 2008, the APSA Academy boasts a membership of around 600 of the region’s most respected names in film. Each year APSA nominees, International Jury and Nominations Council members are inducted into the Academy, which has become a vital industry network, and the only Academy of its kind in this region.

The Asia Pacific Screen Awards, an initiative of the Queensland Government, Australia, is endorsed by UNESCO, in collaboration with FIAPF-International Federation of Film Producers’ Associations, in alliance with the European Film Academy and AFI | AACTA. The Awards recognise films from 70 countries and areas in Asia Pacific, a region that encompasses one third of the earth, is home to 4.5 billion people and produces half the world’s film. Films are judged on cinematic excellence and the way in which they attest to their cultural origins.

A total of 34 films from 18 countries and areas across Asia Pacific have been nominated in the 2012 Asia Pacific Screen Awards. The International Jury was headed by Australia’s Jan Chapman.

The Motion Picture Association (MPA) and the Motion Picture Association International (MPA-I) represent the interests of the six international producers and distributors of filmed entertainment. To do so, they promote and protect the intellectual property rights of these companies and conduct public awareness programs to highlight to movie fans around the world the importance of content protection. These activities have helped to transform entire markets benefiting film and television industries in each country including foreign and local filmmakers alike.
The organizations act on behalf of the members of the Motion Picture Association of America, Inc (MPAA) which include; Paramount Pictures Corporation; Sony Pictures Entertainment Inc.; Twentieth Century Fox Film Corporation; Universal City Studios LLC; Walt Disney Studios Motion Pictures; and Warner Bros. Entertainment Inc. The MPA and the MPA-I have worldwide operations which are directed from their head offices in Los Angeles and Washington, D.C. and overseen in the Asia Pacific by a team based in Singapore. For more information about the MPA and the MPA-I, please visit www.mpa-i.org

View the full list of 2012 APSA Winners and Nominees

Images and press kits available to download from: www.image.net