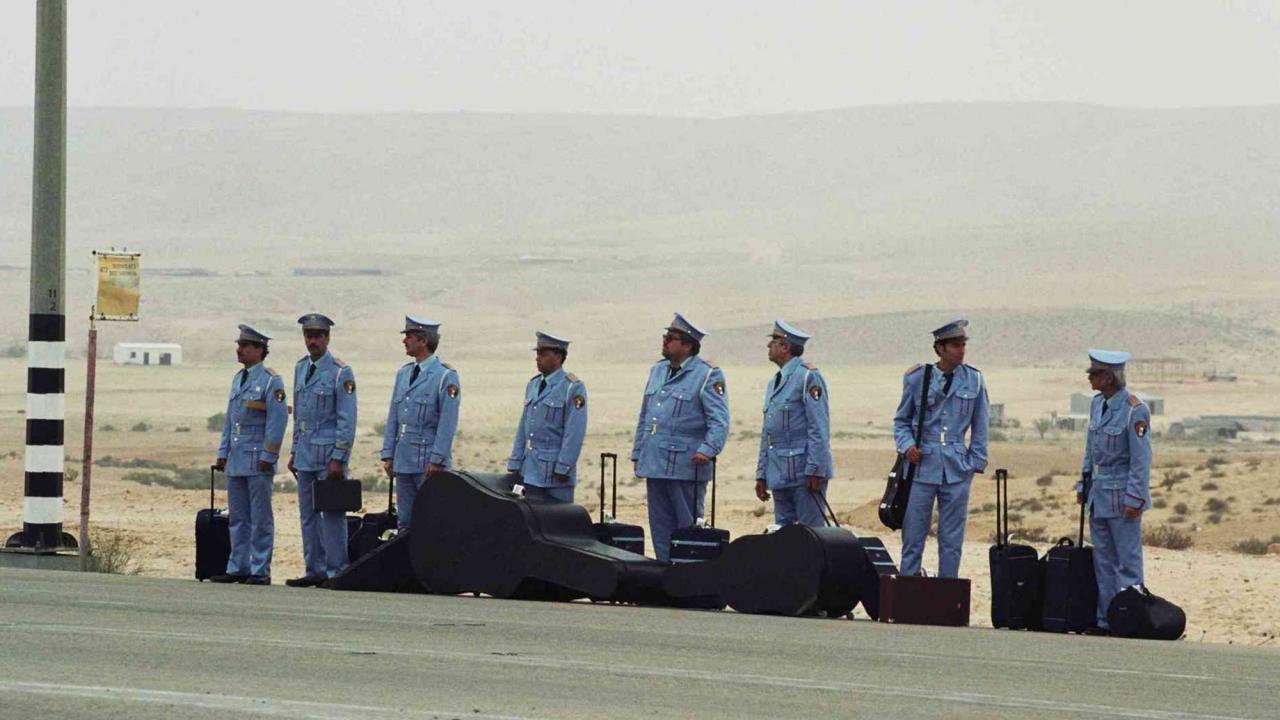 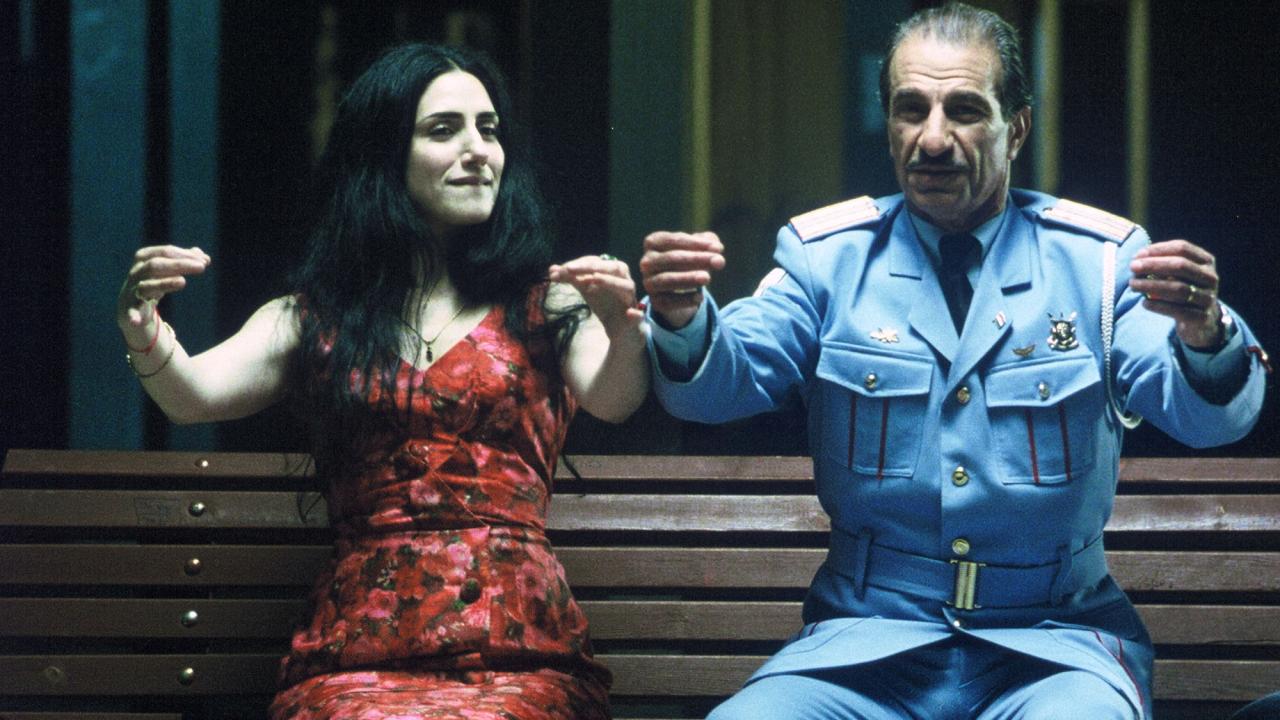 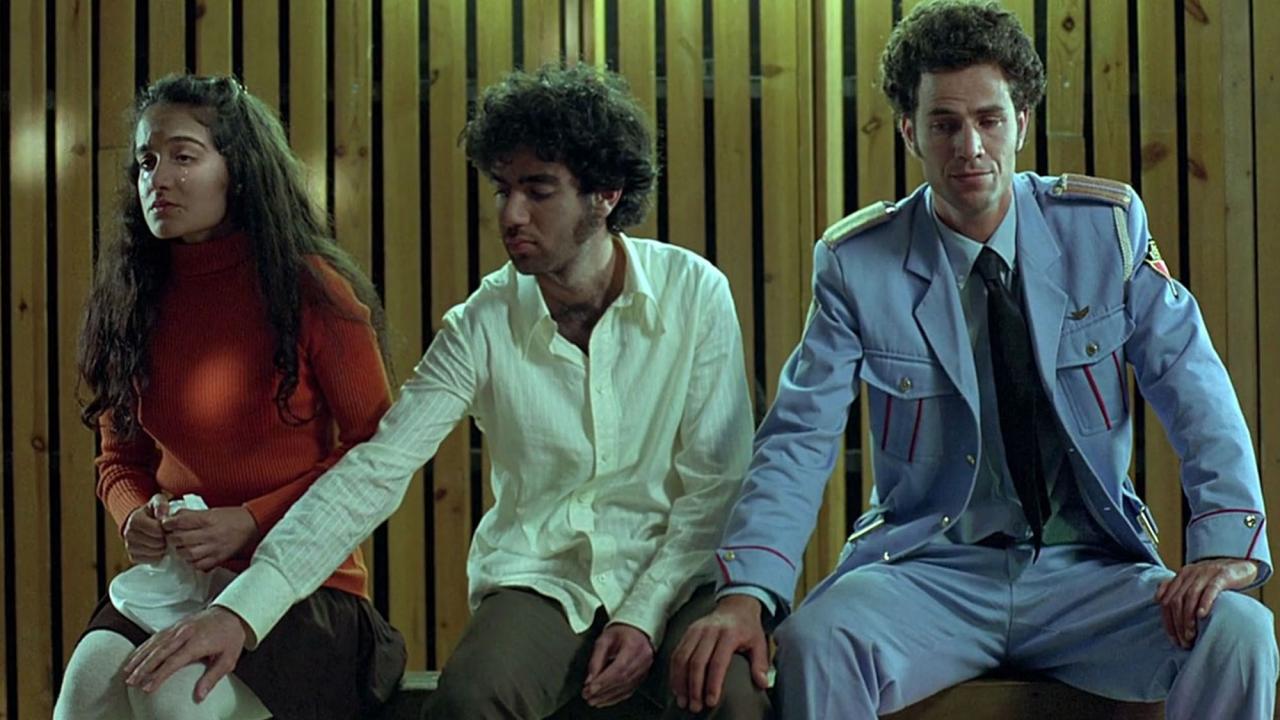 Winner, Cultural Diversity Award Under the Patronage of UNESCO, 2007

The UNESCO Award for outstanding contribution to the promotion and preservation of cultural diversity through film was decided by the International Jury and awarded to the Israeli film THE BAND’S VISIT (BIKUR HATIZMORET) by Professor Hubert Gijzen, Director and Representative, UNESCO Office, Jakarta, Indonesia.

The Alexandria Ceremonial Police Orchestra arrives in Israel to play at the opening of an Arab Cultural Centre. Dressed in full regalia and observing all military police protocol, the members of the orchestra are at a pivotal time in their careers. It’s not just the political nature of an Arab military police band playing traditional Arab music in Israel that makes this event so important; budget cuts and many reorganizations have threatened the continued existence of the Orchestra. Faced with the heavy burden of this assignment, the stoic conductor Tewfiq (Sasson Gabai) is determined not to foul their excursion.

Despite all Tewfiq’s efforts, it’s not long before problems arise. The band arrives at the airport with no one there to greet them. Stranded and unable able to contact their Israeli hosts or the Egyptian consulate for help, Tewfiq decides that the Orchestra will persevere with its assignment and orders, and designates Khaled, a suave young ladies man (Saleh Bakri), to ask for directions. Khaled and the station agent struggle in English, Arabic and Hebrew to communicate, but despite their best efforts, the Orchestra is sent to the outskirts of a small forgotten Israeli town in the desert.

Faced with an unknown landscape, and disgruntled and hungry men, Tewfiq brings the men to a small café in the nearby town and humbly asks the proprietor, Dina (Ronit Elkabetz), for lunch. Not wanting the turn the Orchestra away, Dina invites the men to stay with her and a few of her friends. To punish Khaled for his earlier subordination, Tewfiq orders Khaled to stay with him at Dina’s, while the other men break up and follow their hosts for the night.

Dina brings the two men to her modest apartment where they begin to discuss not the political issues that divides their two cultures, but it’s the intimate details of their personal lives that bring the trio closer together. Before long, Dina’s wry, playful self-confidence, and undisguised sexuality make Tewfiq immediately uncomfortable. Regardless, she is persistent in her attraction to the older, serious Tewfiq, and after some prodding from Khaled, the melancholy band leader reluctantly accepts Dina’s invitation to dinner. The proud Arab man in his powder blue military uniform and the free-spirited Israeli woman make an odd couple at the local restaurant, but her persistent compassion breaks through his gentlemanly demeanour and the duo form a bridge of understanding.

With the older Dina and Tewfiq gone from the apartment, Khaled decides to tag along with people closer to his age and convinces the shy and insecure Papi (Shlomi Avraham) to let him join as the fourth wheel on a double date night at a roller disco. When Papi fails to court the girl his cousin set up as his blind date, Papi turns to the suave Khaled for advice.

With a little prodding and a lot of direction, Khaled helps Papi break the ice with his date. Meanwhile, the other band members, headed by second-in-command Simon (Khalifa Natour), stay with Itzik (Rubi Moscovich), which ultimately lead to tensions with his family and to revelations about fulfilment that cross cultural boundaries.

When the band leaves in the morning for their intended destination, it is clear that their unplanned detour was worth the trip.

When I was a kid, my family and I used to watch Egyptian movies. This was a fairly common Israeli family practice, circa the early 1980’s. In the late afternoon on Fridays, we’d watch with bated breaths the convoluted plots, the impossible loves and the heart-breaking pain of Omar Sharif, Pathen Hamama, I’del Imam, and the rest of that crew on the one and only TV channel that the country had. This was kind of weird, actually, for a country that spent half of its existence in a state of war with Egypt, and the other half in a sort of cold, correct peace with its neighbor to the south.

Sometimes, after the Arab movie, they’d broadcast a performance of the Israel Broadcasting Authority’s orchestra. This was a classical Arab orchestra, made up almost entirely of Arab Jews from Iraq and Egypt. When you think of the IBA orchestra, maybe the custom of watching Egyptian movies ceremony sounds a little less odd.

The Arab movie has long since disappeared from our screens. TV became privatized, and has sunk out there among the five hundred fifty seven or who knows how many channels that have descended on us. And then the IBA orchestra was disbanded. We got MTV and BBC and RTL and “Israeli Idol” and pop songs and 30-second commercials. So who cares about quarter-tone songs that last half an hour any more?

Afterwards, Israel built the new airport, and they forgot to translate the road signs into Arabic. Among the thousands of shops they built there, they found no room for the strange, curling script that is the mother tongue of half of our population. It’s easy to forget the things that H&M and Pull and Bear and Levi’s etc. make us forget. Over time, we’ve forgotten ourselves too.

A lot of movies have been made touching on the question of why there is no peace, but it seems that fewer have been made about the question of why we need peace in the first place. The obvious is lost on us in the midst of conversations centering on economic advantages and interests. At the end of the day, my son and my neighbor’s son will meet, I am sure of that, in some neon-blinking mall under a giant McDonald’s sign. Maybe that’s some kind of comfort, I don’t know. What’s certain though is that we’ve lost something on the way. We traded true love for one-night stands, art for commerce, and the human connection, the magic of conversation for the question of how big a slice of the pie we can put our hands on.