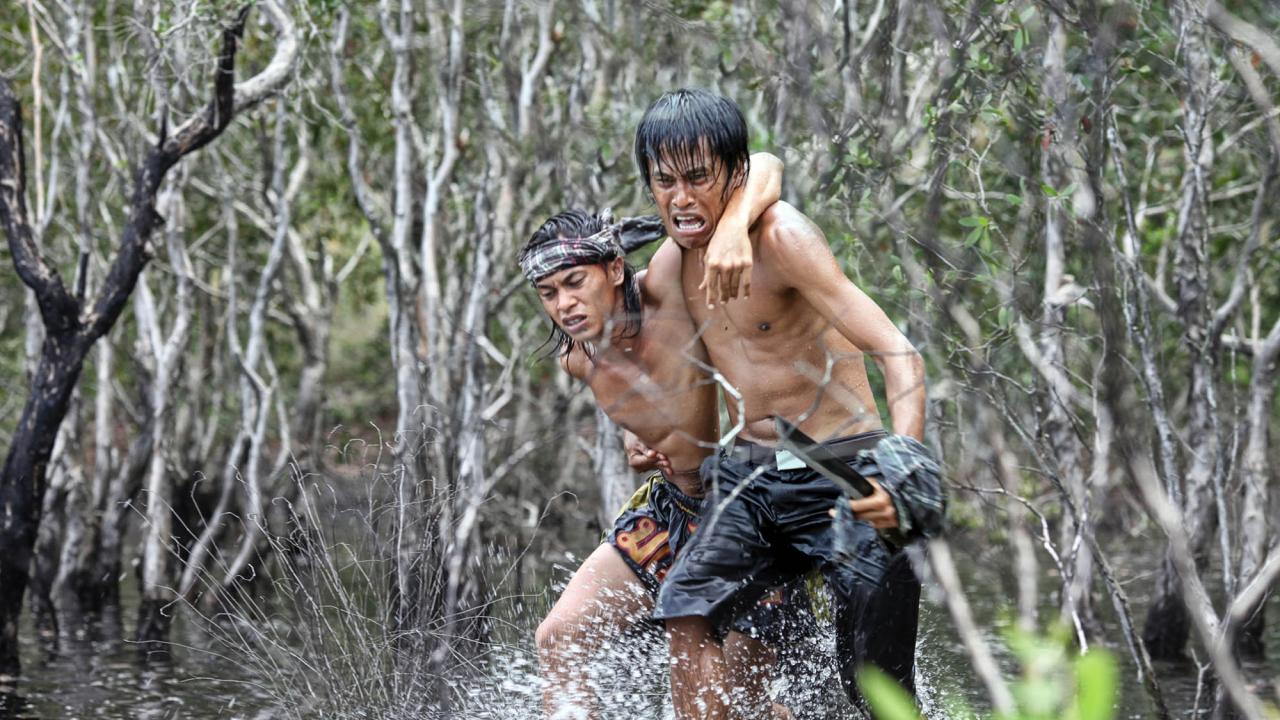 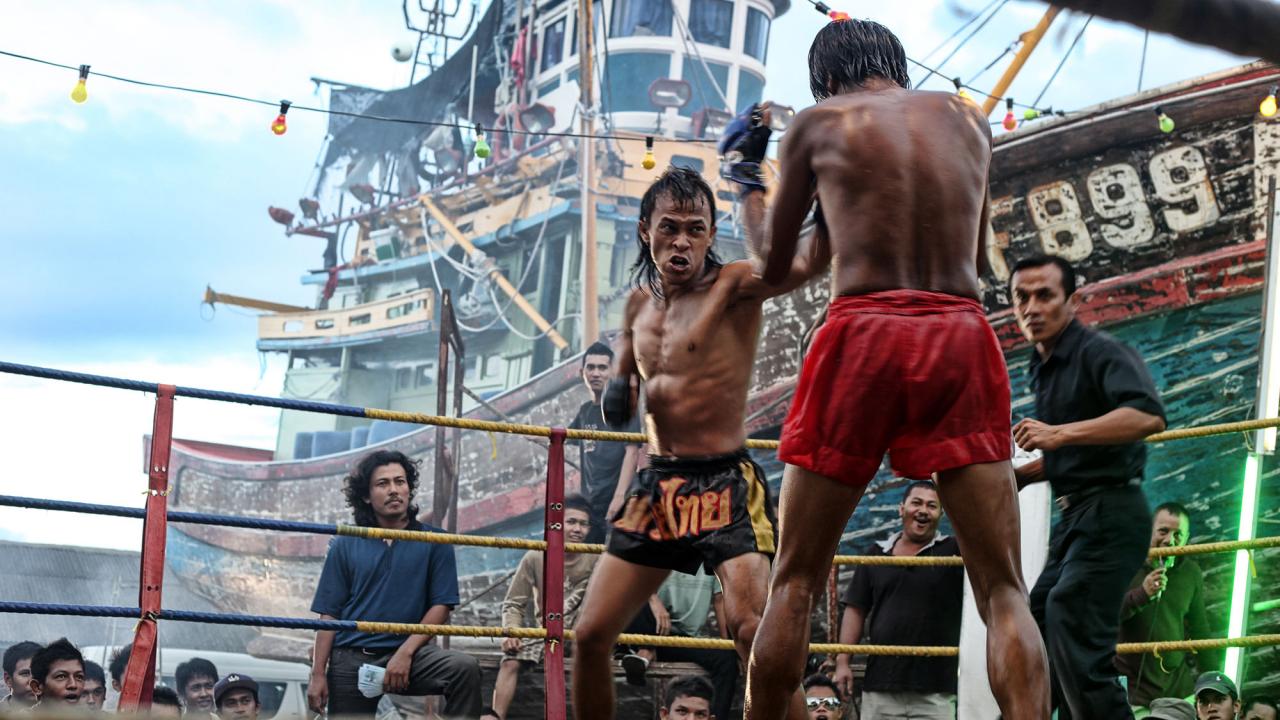 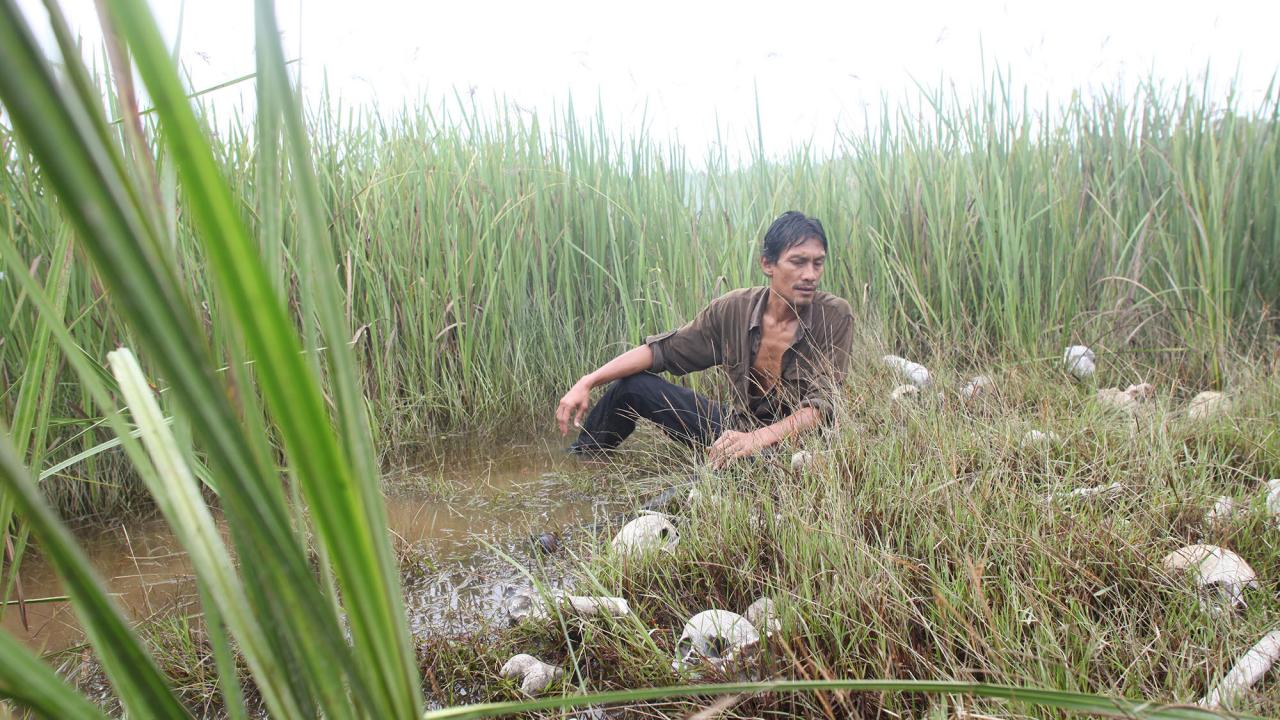 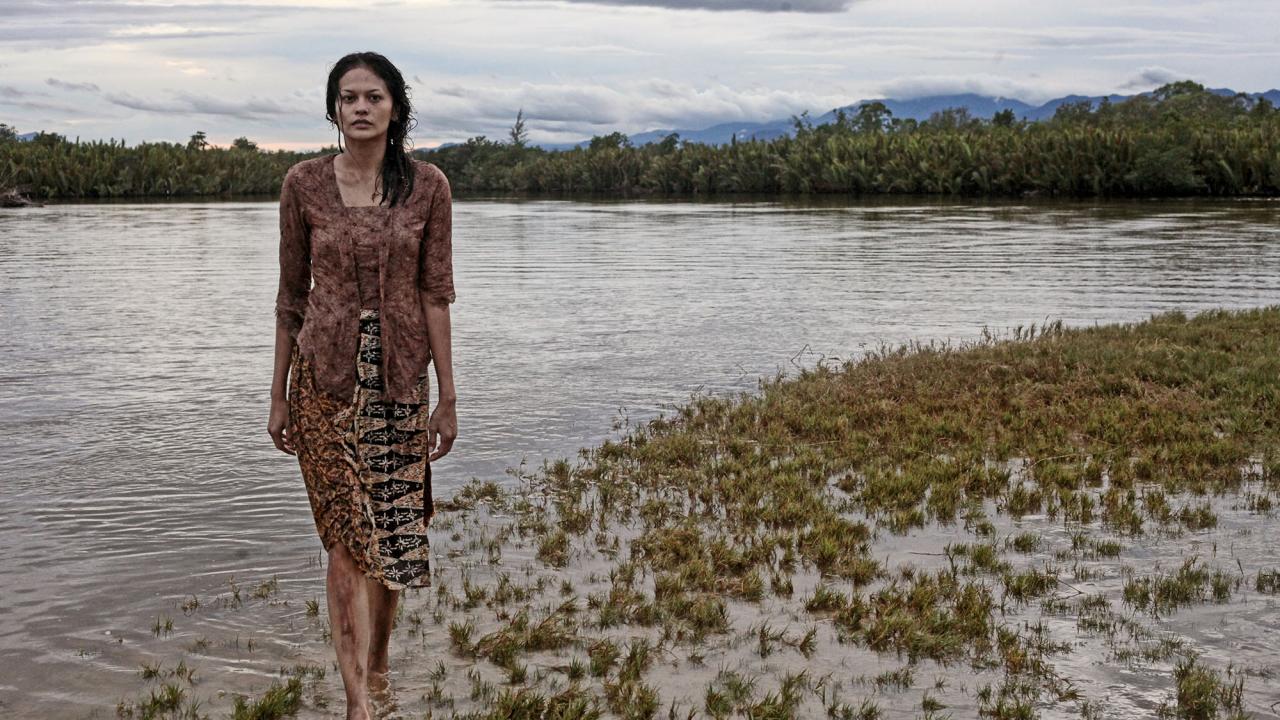 The film primarily takes place in the rural Malaysian town of Bunohan, which is located close to the Thai border. Adil (Zahiril Adzim) is a young kick-boxer who has fallen deeply into debt, with little hope of paying his creditors honestly. In desperation, Adil agrees to an illegal high-stakes death match at a boxing club on the other side of the border, but in the midst of the fight, with Adil losing badly, his best friend Muski (Amerul Affendi) bursts into the ring and breaks up the match, dragging Adil away. This upsets the promoters of the fight, and Adil and Muski return to Bunohan, where Adil was born and raised. The promoter of the fight sends a hired killer, llham (Faizel Hussein), to find and execute Adil.
Ilham reluctantly goes to Bunohan. It is then revealed that he was born and raised in Bunohan, but left many years ago. Upon returning, memories of loneliness and abandonment flood his mind, and he experiences waves of resentment and regret. As Ilham narrows his focus on his target, he learns that he and the fugitive boxer are actually half-brothers. He then finds his mother’s grave in a piece of land near the beach and starts digging for her remains to give her a proper burial. However, he later finds out that his estranged family is planning to sell the land to a large corporation from the city for a huge amount of money. He goes all out to prevent this from happening.

Meanwhile, after making his way back to his father’s home in Bunohan, Adil discovers his long-lost elder brother Bakar (Pekin Ibrahim) has returned to look after their ailing father. Bakar, a successful young school teacher from the city has left his comfortable home in urban Kuala Lumpur and has also come home. Ostensibly a highly educated and respectable young man, he is in reality a greedy and ruthless person, but his motives are not benevolent. Bakar is determined to claim ownership of his father’s land, and has plans that will bring disrespect to his family and community. He is determined to convince his father to sell the burial ground to the construction company.