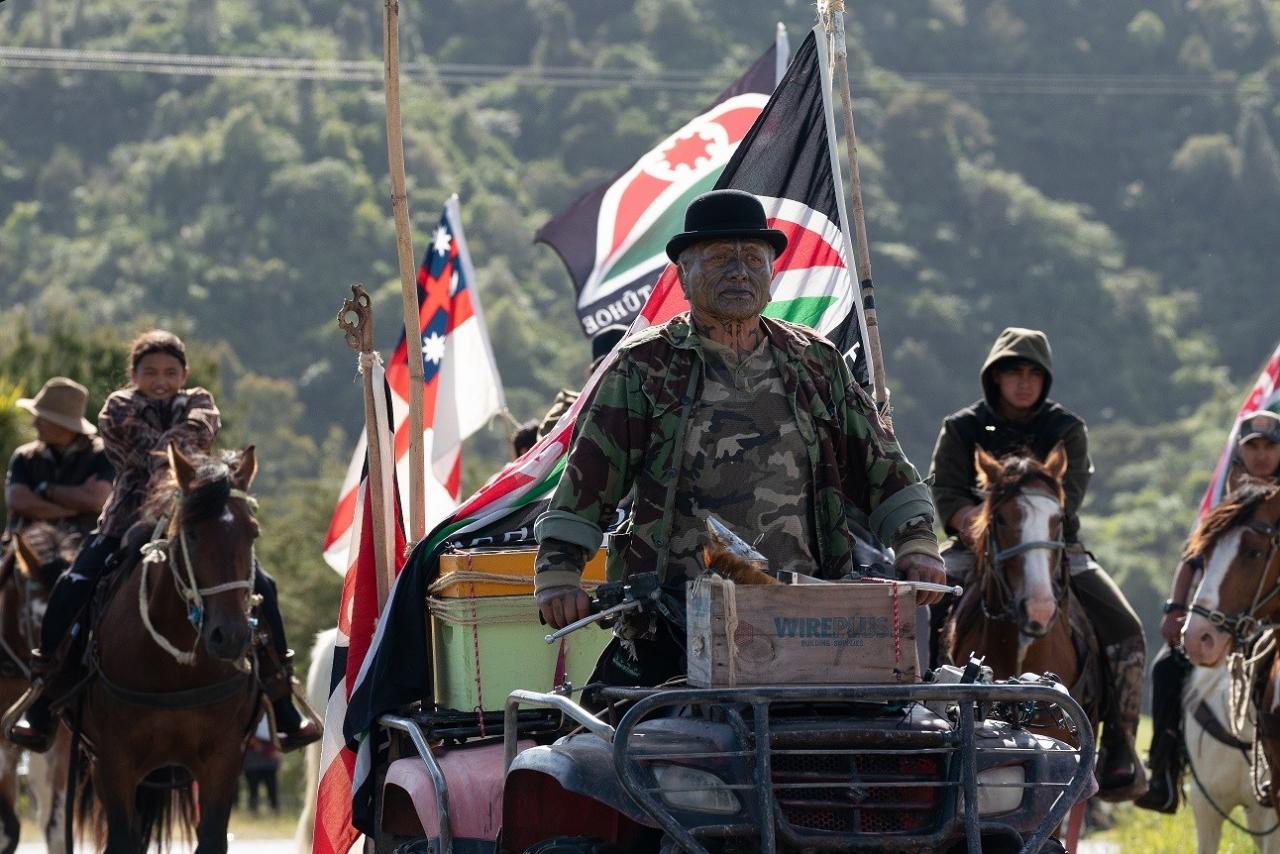 Inspired by actual events, Muru is the story of a local Police Sergeant ‘Taffy’ Tāwharau (Cliff Curtis), who must choose between his badge and his people, when the Government launches an armed raid through his remote Ruatoki community, on a school day.

This gripping action drama is not a re-creation, but a response to the 2007 Tūhoe raids which saw legendary artist, activist and leader Tame Iti wrongfully arrested under suspicion of domestic terrorism. He appears as himself in Muru (the Māori concept for reconciliation and forgiveness).