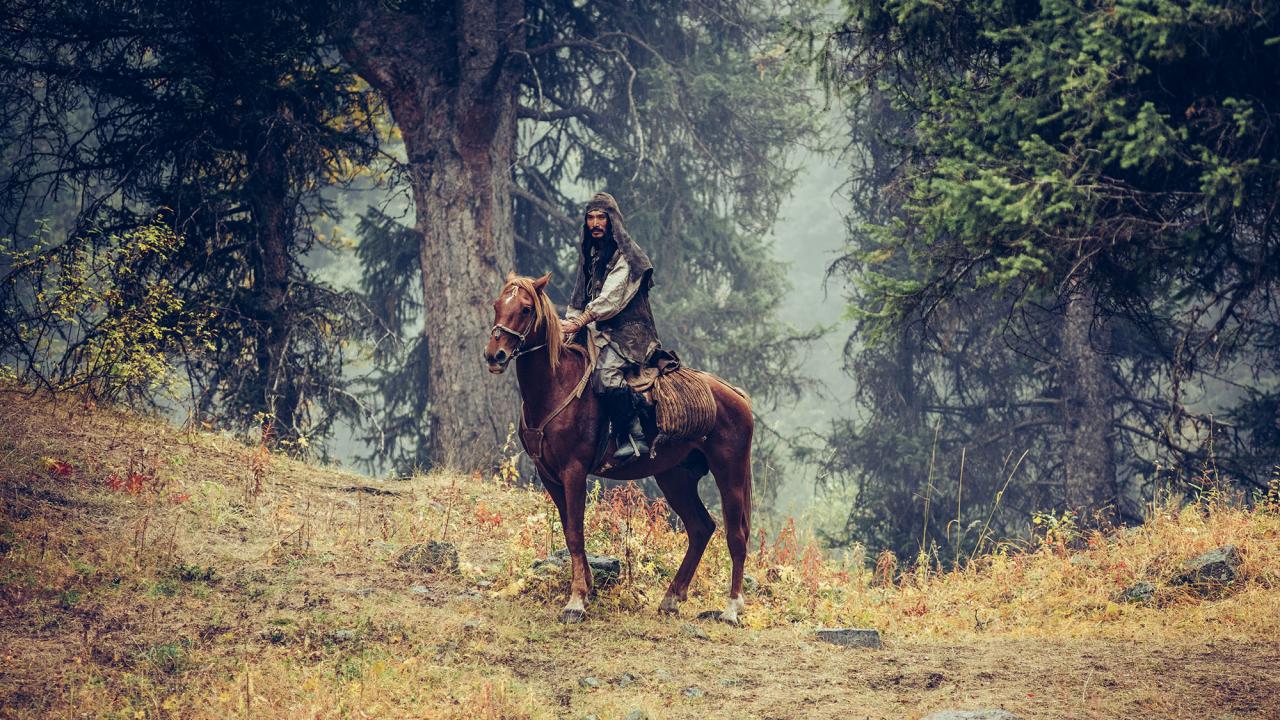 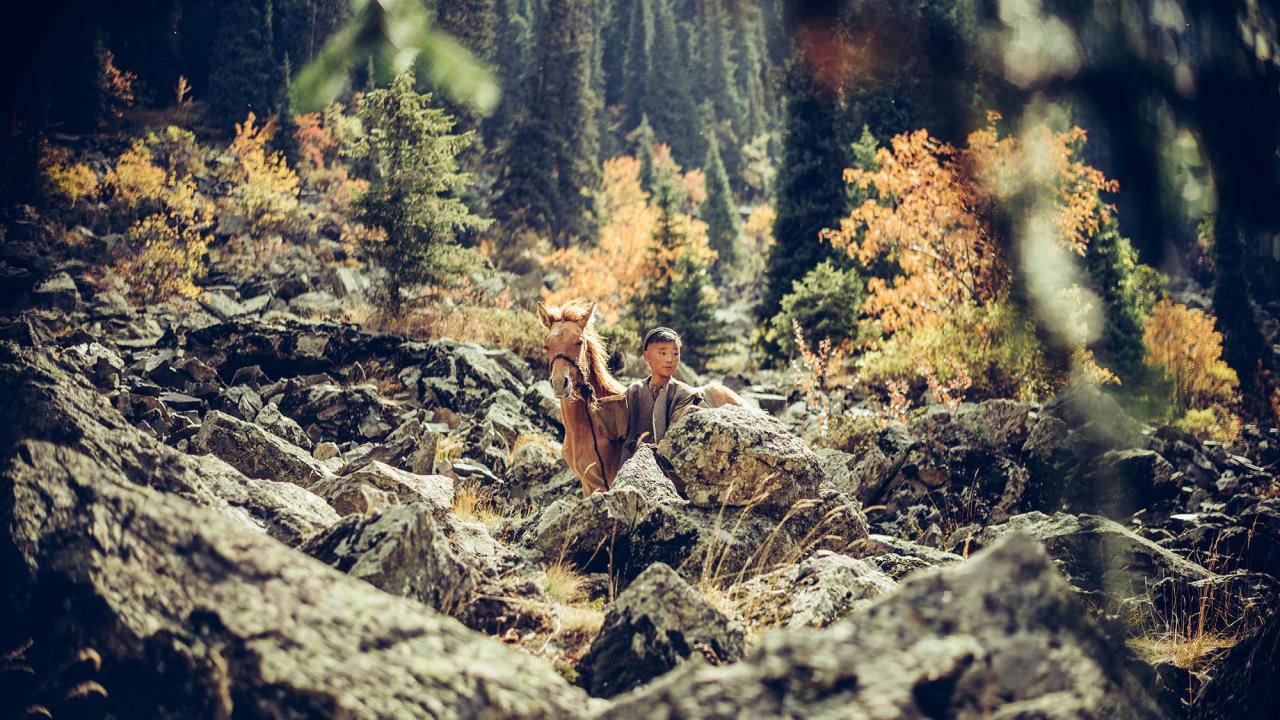 The film covers the events that took place in a small Kazakh village
from the 1930s to the mid 1950s. The steppe is scourged by famine. The
Soviets are imposing their policy. Having lost his father, a 9 year-old
Ilyas gathers his belongings and disappears.

Years pass. He lives alone in a remote mountain cave. He rarely comes
down to visit old man Ybrai and Kamshut, a girl he’s been in love with for
a long time. When the war begins, Ilyas refuses to go to the battlefront.
From then on he is a deemed traitor. Ilyas dreams of running away
with Kamshut but she turns every attempt down. She has her wedded
husband. Ilyas is broken-down as he returns to the mountains.

1953. Stalin dies. The village grieves. Ilyas hears the weeping and comes
down to check. However the devastated people works their pity off by
beating Ilyas up. Old man Ybrai drags him to his shed and nurses him
to health. Ilyas finds it very hard to go on living his life. Society would
not accept his freedom and would never accept him. Ilyas starts tending
collective farm cattle.

Once Ilyas’s horse appears in the village without a rider. People go to the
mountains to search for him but find nothing but a dead body inside his
cave.