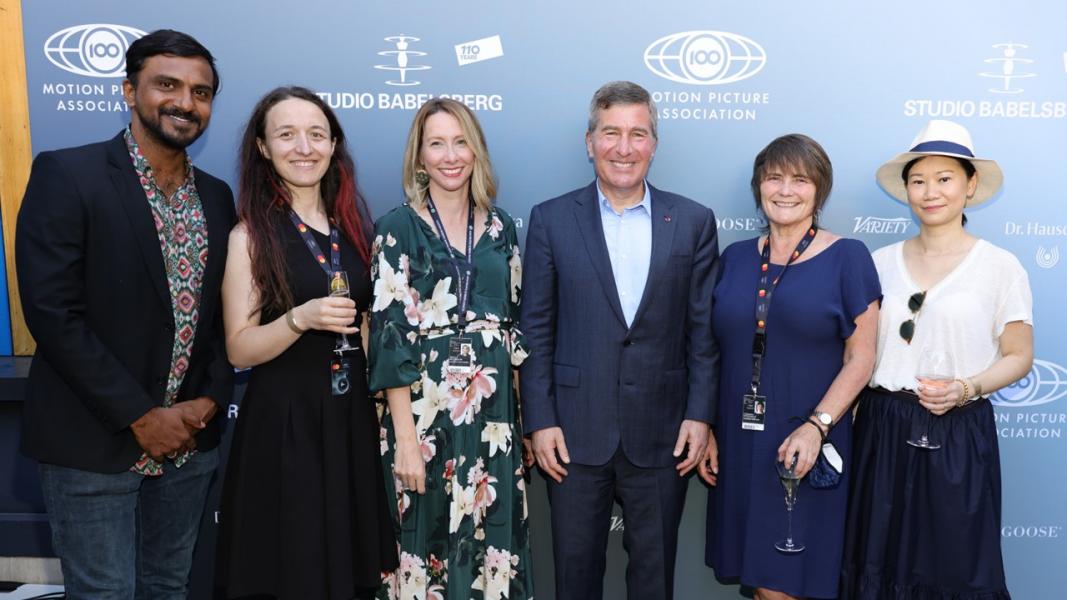 Cannes, France – The 13th annual MPA APSA Academy Film Fund was opened for submissions today at a Cocktail Reception event hosted by the Motion Picture Association and Studio Babelsberg in Cannes. The Jury that will determine the winners was also announced.

A joint initiative of the Asia Pacific Screen Academy (APSA) and the Motion Picture Association (MPA) since 2010, the Fund supports both organisations’ goal to increase cultural diversity on screen in the world’s fastest growing region of film production. The Fund is open exclusively to APSA members.

Dedicated to supporting the region’s screen storytelling, and unwavering through the pandemic, the fund has now supported 48 films from 22 countries at the script development stage.

“The Motion Picture Association has enjoyed a remarkable partnership with the Asia Pacific Screen Academy of distinguished filmmakers through the MPA APSA Academy Film Fund. In that time, the Fund has opened a window on a range of diverse, engaging storytelling from every corner of the region. We look forward to welcoming four new filmmakers and stories with this new round of the Fund,” said Charles Rivkin, Chairman and CEO of the MPA.

APSA Chair Tracey Vieira said, “We are proud to support the creativity of the region through our continued partnership with the MPA. As we work to recover from the global pandemic and face the ongoing uncertainty in our region, we proudly recognise the value of art and culture in screen stories. We look forward to the Juries selections for the MPA APSA Academy Film Fund in 2022.”

The Fund also celebrated the success of four recently completed films that received Fund support and debuted with high-profile world premieres in 2021:

Andrew Pike OAM, the film distributor, historian, and documentary filmmaker, will chair the jury determining the 2022 Fund winners. Pike will be joined on the jury by former recipients of the Fund, Thai producer Mai Meksawan (Worship) and Emmy winning director/producer Maryam Ebrahimi (No Burqas Behind Bars).

The news was announced by Jaclyn McLendon, Executive Director of the APSA, and Ridham Janve, recipient of the 2020 MPA APSA Academy Film Fund, at an event celebrating the MPA’s 100th anniversary. Numerous APSA Academy members premiered films in competition and in Un Certain Regard at the 75th Cannes Film Festival.

The winners of the four US$25,000 grants for 2022 will be announced at the 15th Asia Pacific Screen Awards ceremony in November.

The 2022 MPA APSA Academy Film Fund is now Open for Submissions. The Rules and Regulations for the fund are found here.

EMAIL: [email protected] to check your eligibility and to receive the entry form.