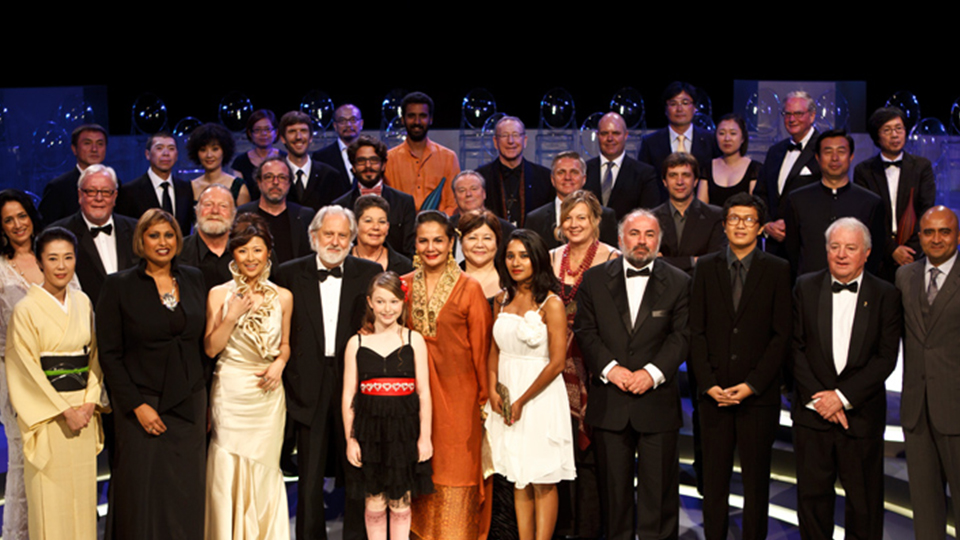 The Asia Pacific Screen Awards (APSA) and Motion Picture Association (MPA) have announced the continuation of the MPA APSA Academy Film Fund to support new films from Asia Pacific and the panellists who will assess the entries for 2011.

Xue Xiaolu and Tony Ayres will join the assessment panel for 2011 which will once again be Chaired by Ronin Films’ Managing Director and member of APSA’s 2009 International Jury, Andrew Pike.

President and Managing Director MPA Asia-Pacific, Mike Ellis made the announcement at a reception this evening during the inaugural Beijing International Film Festival: “I am delighted to continue our fruitful partnership with the Asia Pacific Screen Awards in providing support to filmmakers during the vital development stage of their projects. We were overwhelmed by the success of the inaugural Film Fund and anticipate that the standard of submissions for this year will be very high indeed.”

The reception was attended by many of APSA’s Academy members and a number of the festival’s special guests including Academy Award nominee Darren Aronofsky, the director of Black Swan. Several past APSA Winners and Nominees are screening at the first instalment of the Beijing festival.

In welcoming the announcement, Queensland Premier Anna Bligh said: “When I announced the formation of APSA’s Academy in 2008 with Patron Jack Thompson, our goal was to encourage dialogue, collaboration and business opportunities for the region’s filmmakers. I thank the MPA for their ongoing commitment in helping us to achieve this goal. In just one year the film fund has made a tremendous impact and it is with great anticipation that I look forward to seeing more new projects nurtured under this initiative.”

Award-winning Chinese screenwriter-turned-director, Xue Xiaolu is an Associate Professor at the prestigious Beijing Film Academy and screenwriter for nine feature films including Chen Kaige’s Together and numerous television series. In 2010, her critically acclaimed directorial debut Ocean Heaven starring Jet Li opened the Shanghai International Film Festival and she was honoured with the ‘Emerging Talent of the Year’ award at CineAsia in December.

In making the announcement about the film fund panel, APSA’s Artistic Director Maxine Williamson said: “This year’s panellists each bring a wealth of knowledge and experience to the task of determining our film fund recipients. I welcome them all and sincerely thank them for being part of this initiative.”

Attending the reception, Xue Xiaolu said: “It is a great honour to join the MPA APSA Academy Film Fund selection panel this year. As a filmmaker, I am delighted to see initiatives like this contribute so successfully to the growth of filmmaking in our region. There are exciting new voices emerging from Asia-Pacific, along with new works from highly recognised filmmakers. I’m looking forward to seeing the projects that will come before us for submission in 2011.”

The fund is intended to stimulate production in the region, particularly at the development phase, among the 70 countries embraced by APSA. It was established in 2010 and the first recipients were announced at the fourth annual APSA’s in December.

The four $25,000 development grants are exclusive to members of the APSA Academy – comprised of past APSA nominees, winners, Jury and Nominations Council members – many of the region’s most respected names in film.

The first completed project supported by the fund, Nader and Simin: A Separation by acclaimed Iranian writer/director Asghar Farhadi, recently premiered at the Berlin International Film Festival. It won the Golden Bear for Best Film and the Silver Bears for Best Actor and Best Actress, awarded to the ensemble cast. The film, a hot ticket item amongst buyers at Berlin, was sold to multiple territories. Farhadi is currently on tour for the upcoming release of the film in France.

The 2011 application period is June 1 to October 21. Projects will be assessed ahead of the fifth annual APSA Ceremony and successful applicants will be announced during the Awards Ceremony on Australia’s Gold Coast on November 24.

APSA is an international cultural initiative of the Queensland Government, Australia, in collaboration with UNESCO and FIAPF-International Federation of Film Producers Associations. APSA celebrates the cinematic excellence and cultural origins of 70 countries and areas – a region responsible for half the world’s film output.

Andrew Pike (Chair) is a film historian and documentary filmmaker, a producer, film distributor and exhibitor. He has produced and directed several documentaries, and through his company, Ronin Films, has distributed many Asian and Australian films. During the 1980s he specialised in bringing renowned films from Japan and China to Australian audiences and implemented many innovative distribution and marketing activities for which he won the Australian Film Institute’s Byron Kennedy Award in 1986. He has distributed major Australian films including Shine and Strictly Ballroom, the work of documentary directors such as Dennis O’Rourke and Bob Connolly, and the early work of feature film directors such as Jane Campion, Baz Luhrmann, Vincent Ward and Scott Hicks. He directed Angels of War, which won Best Documentary at the 1982 AFI Awards and Best Documentary at the 1982 Nyon Film Festival, Switzerland. He co-authored a seminal book, Australian Film 1900-1977 published by Oxford University Press. In 2007, he was awarded an Order of Australia Medal for his services to the film industry and the community, and an honorary doctorate from the University of Canberra. In 2003, he was appointed by the French government to the rank of Chevalier dans l’Ordre des Arts et Lettres for his promotion of French cinema in Australia. He is a Board member of the National Film and Sound Archive of Australia. In 2009, Andrew was a member of the Asia Pacific Screen Awards International Jury and in 2010, he Chaired the assessment panel for the inaugural MPA APSA Academy Film Fund in 2010.

Xue Xiaolu, award-winning scriptwriter-turned-director, is an Associate Professor at the Beijing Film Academy (BFA), of which she is an alumnus with a Masters degree specializing in screenwriting and film theory. Ms. Xue studied in Australia during 1997 and 1998 and upon her return to China, she worked as the director of scientific and educational programs at China Central Television’s (CCTV) production centre in Beijing. In 2003, she returned to BFA to teach courses in screenwriting and film critiquing. As an accomplished screenwriter, Xue has written nine scripts for films which have been theatrically released, including Together (2002) directed by Chen Kaige (Farewell My Concubine), Running for Son (2003) and Autumn Rain (2005). Ms. Xue has written scripts for more than 180 TV drama episodes, as well as numerous documentaries and novels. In 2010, her critically acclaimed directorial debut, Ocean Heaven, starring Jet Li in his first non-action film opened the 13th Shanghai International Film Festival and Xue won the Emerging Talent of the Year award at CineAsia. She serves as a Professor at the BFA’s Film Literature Department and also belongs to several prestigious artist associations including the Chinese Writers’ Association, Chinese Film Artists Association and the Chinese TV Artists Association.

Tony Ayres is one of Australia’s leading writer/directors. His 2007 feature film The Home Song Stories, premiered at Berlin and won Best Direction, Best Screenplay and Best Lead Actress for Joan Chen at the 2007 Australian Film Institute (AFI) Awards. Tony’s first feature Walking on Water won the Teddy Award at Berlin in 2002, five AFI awards, two Australian Film Critics Circle Awards and an IF Award. In 2009 Tony directed the SBS telemovie Saved, which won the 2010 Logie Award for Best Actress for Claudia Karvan. In recent times, he has become a prolific producer, making the and Bogan Pride and Anatomy television series’ and the feature film Lou, starring John Hurt. Tony is also one of Australia’s most sought after script editors, having edited numerous films including and Mallboy, Soft Fruit and Walking on Water. Tony is currently producing (alongside Helen Bowden and Michael McMahon) and directing the eight-part drama series The Slap for Australia’s ABC Television, based on the bestselling novel by Christos Tsiolkas.