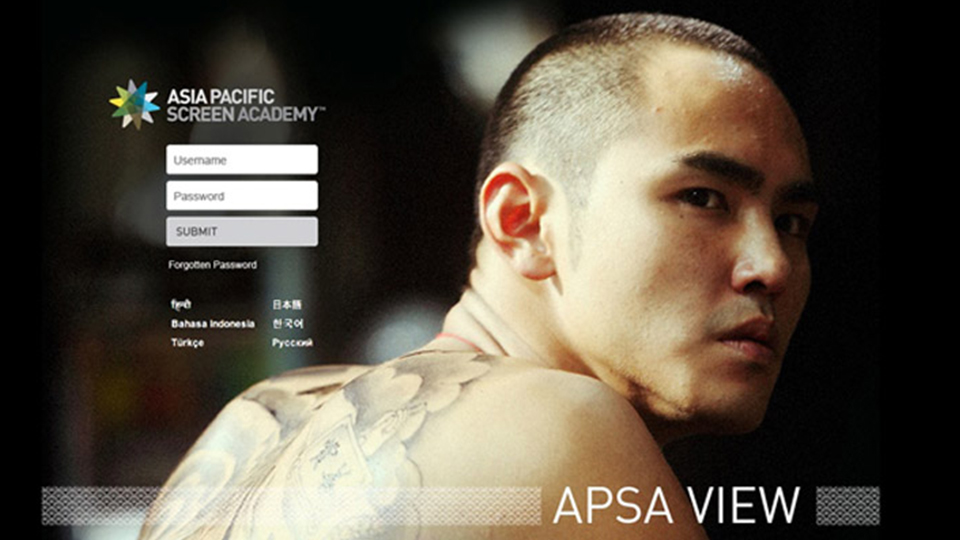 In 2011, Asia Pacific Screen Awards (APSA) Academy members will, for the first time, have the opportunity to vote.

With APSA View now live, Academy members are invited to begin the process of viewing and voting.

Past Jury, Nominations Council, Documentary and Animation Academy members will determine the nominees and winners for Best Animated Feature Film and Best Documentary Feature Film in the 2011 competition.

Documentary filmmaker and APSA Academy member Mai Masri is urging her fellow Academy members to take this opportunity to watch films entered in the Awards and exercise their voting rights.

“Winning the Asia Pacific Screen Award for Best Documentary Feature Film in 2007 for Beirut Diaries: Truth, Lies and Video was a very meaningful accolade and one I value greatly. I have watched with pride as the Awards have grown in stature around our region and applaud this important step which now allows Academy members, such as myself, to embrace the responsibility of Academy voting rights,” Ms Masri said.

The Nominations Council will also view eligible films through the online viewing service and their deliberations will take place using Cisco TelePresence – high quality, life-like video conferencing technology. Council members across five countries will be brought together by Cisco to deliberate on films and determine the nominees without leaving their home city.

APSA’s Academy was established in 2008 to encourage dialogue, collaboration and business opportunities for the region’s filmmakers. It also provides a platform to foster opportunities for co-productions and other initiatives to develop between the 70 countries and areas that form the APSA network.

The fifth annual APSA Ceremony will take place on Australia’s Gold Coast on November 24, 2011. Nominees will be announced October 12.