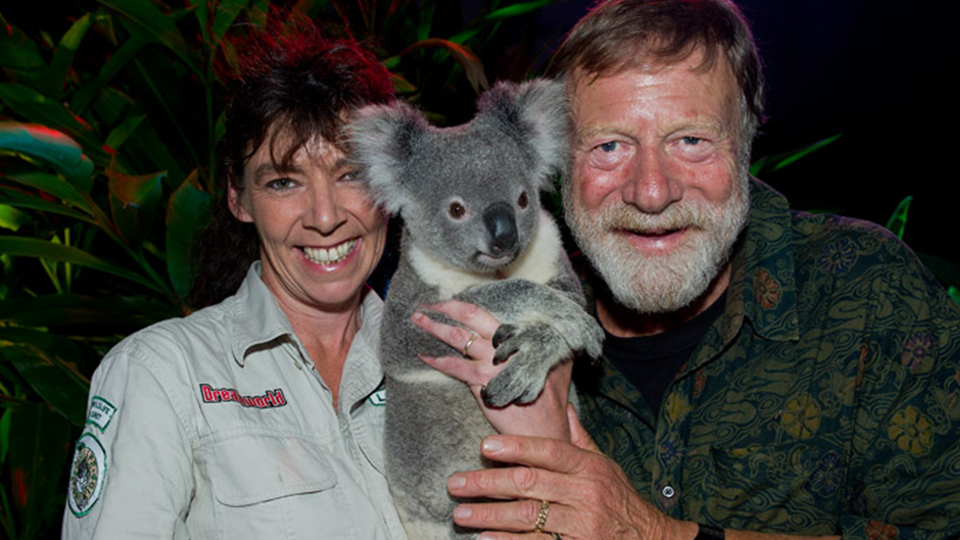 Asia Pacific Screen Awards (APSA) is proud to be partnering for the fourth year with the Australian Koala Foundation (AKF). AKF is the principal non-profit, non-government organisation dedicated to the conservation and effective management of the wild koala and its habitat.

Each year, new inductees to the APSA Academy have their photographs taken with a koala to highlight the fact that the future for these iconic animals is not assured. At a riverside reception last night in Brisbane where APSA International Jury President, Australian producer Jan Chapman welcomed nominees from 18 countries and territories from the Asia Pacific, nominees had their photo taken with Ruby the koala, visiting from her home at Dreamworld, courtesy of AKF.

Through the No Tree No Me and Adopt a Koala programs, the AKF aims to raise awareness of the global significance of preserving the habitat of one of the world’s most recognisable animals.

APSA Academy President Jack Thompson AM PhD told nominees: “APSA has had a long association with the Australia Koala Foundation because we understand that without the support of people in our community, the koala will become extinct. So when you have your photograph taken with this beautiful koala, lets make sure that its not like having your photograph taken with a triceratops, let’s make sure that we keep these beautiful creatures alive. APSA is working with the Australian Koala Foundation to make certain that happens.”

AKF CEO Deborah Tabart OAM said: ‘Film changes the world and the AKF has been overjoyed to welcome each APSA delegate to our extended Koala Family. The moment of meeting a koala is captured in a photo which is presented to the delegate – a joyful experience but one that also communicates our very important message. We look forward each year to speaking with and listening to the incredible creative talent from across the Asia Pacific region.’

The Asia Pacific Screen Awards is an international cultural initiative of the Queensland Government, Australia with the support of Events Queensland, endorsed by UNESCO and in collaboration with FIAPF-International Federation of Film Producers’ Associations, in alliance with the European Film Academy and AFI | AACTA.

WATCH THE CEREMONY WEBCAST LIVE on Friday November 23, 2012 at: www.asiapacificscreenawards.com/webcast

Image of Ruby the Koala and APSA Academy President, Jack Thompson, is available to download here.

More IMAGES of the International Jury & nominees with Ruby the koala and press kits available from www.image.net
REGISTER NOW to ensure access to these images free of charge.