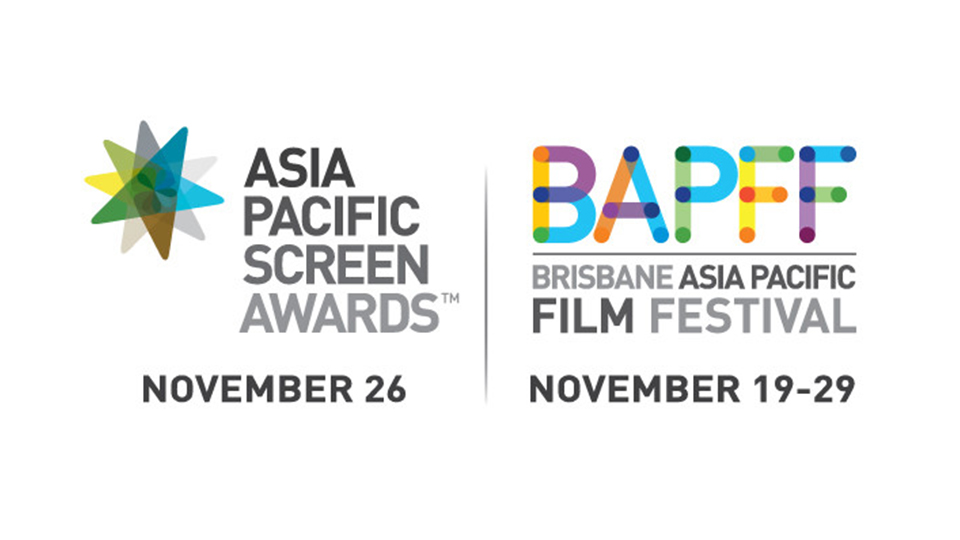 Cr Quirk said Brisbane will celebrate cinema for eleven days in November, with BAPFF screening 19 – 29 November, and the prestigious APSA ceremony to be held on 26 November.

“We are thrilled to present the ninth annual APSA ceremony and bring 40 of the industry’s leading directors, producers, actors and actresses to Brisbane,” Cr Quirk said.

“Complementing APSA is the Brisbane Asia Pacific Film Festival, a world-class event in its second year, which gives audiences the chance to see APSA-nominated films as well as a broad program of specially curated cinema.

“I welcome visitors and encourage locals to attend and experience the rich screen culture of the Asia Pacific.”

“The 2015 events are set to be better than ever and will coincide with the spectacular Asia Pacific Triennial of Contemporary Art at GoMA,” he said.

The Asia Pacific Screen Awards are the region’s highest accolade in film, recognising and promoting cinematic excellence of the world’s fastest-growing film region: comprising 70 countries and areas, 4.5 billion people, and responsible for half of the world’s film output.

Last year more than 250 films from 70 countries and areas vied for nomination across 9 award achievements.

APSA is an international cultural program driven by Brisbane City Council through Brisbane Marketing is endorsed by Paris-based UNESCO and FIAPF, and proudly presented by Treasury Casino and Hotel.