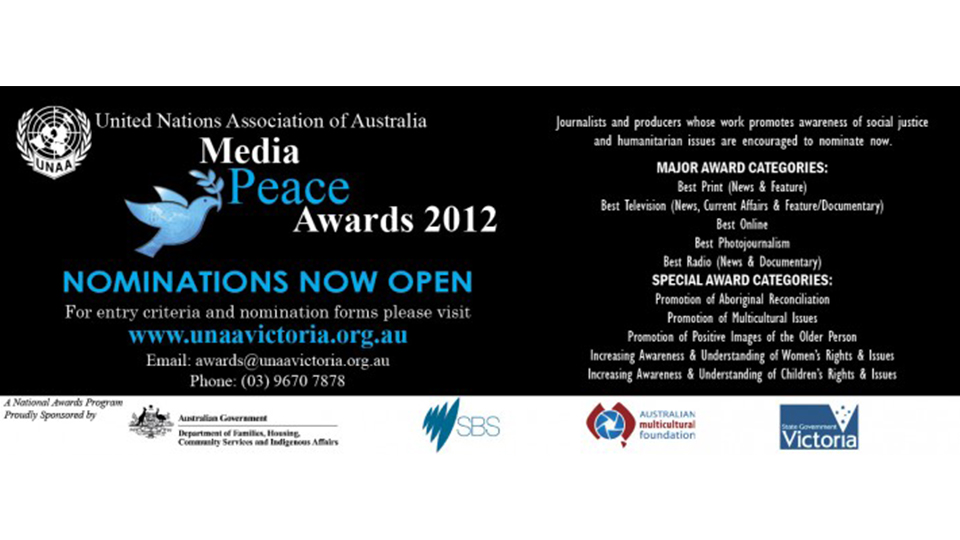 The United Nations Association of Australia Media Peace Awards were established in 1979. The Awards recognise those in the media whose work highlights and champions human rights and social justice issues and stimulates public debate and changes in public and private policy.

Australian journalists whose work has been published/broadcast in the Australian public media between 3 September 2011 and 31 August 2012 are encouraged to nominate now.

APSA is very happy to support and publicise the 2012 ‘Call for Nominations’ running from July 2 through until August 31, 2012.