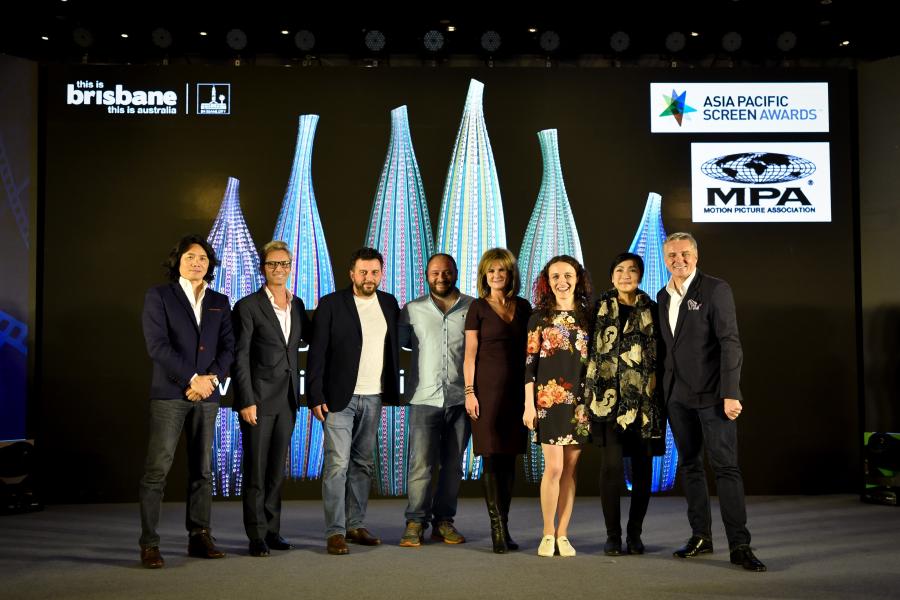 Beijing, People’s Republic of China: The Australia-based Asia Pacific Screen Awards (APSA), honouring the cinematic excellence of the culturally diverse region, and the Motion Picture Association (MPA) today announced the hugely successful MPA APSA Academy Film Fund is open for submissions for 2018. The announcement, made from the Beijing Film Festival with representatives from both organisations in attendance, comes as three completed MPA APSA Film Fund projects are confirmed for the Cannes Film Festival Official Competition.

The three world premieres are the first MPA APSA Academy Fund projects to screen at Cannes. Turkish producer and 2012 MPA APSA Film Fund recipient Zeynep Özbatur Atakan (Wintersleep) will unveil her completed project The Wild Pear Tree (Ahlat Agaci) written and directed by her long time collaborator and Cannes veteran Nuri Bilge Ceylan. Korean auteur Lee Chang Dong (Secret Sunshine, Poetry) will premiere his highly anticipated feature Burning, based on the short story ‘Barn Burning’ by Haruki Murakami that was first published in The New Yorker. and Sergey Dvortsevoy (Tulpan) will present his film Ayka (My Little One). Both Dvortsevoy and Chang Dong were recipients of the fund in 2010, its inaugural year, and mark a major milestone for the fund as all projects from that year are now completed.

Everybody Knows, the latest film from Asghar Farhadi, a recipient of the MPA APSA Film Fund for his now Oscar®-winning film A Separation, will open this year’s edition of the Cannes Film Festival.

The MPA APSA Academy Film Fund was created to support the development of, at script stage, new feature film projects by APSA Academy members and their colleagues from the culturally diverse Asia Pacific region. The fund awards four development grants of US$25,000 annually, and is wholly supported by the MPA. Symbolic of a nine-year-strong partnership between the two organisations, the fund supports screen stories from the region, which spans 70 countries and areas and is the fastest-growing region in the world in terms of cinema production.

To date, 32 projects from 20 different countries and areas of Asia Pacific have been supported through the initiative. The 2018 recipients, determined by the dedicated MPA APSA Academy Film Fund Jury, will be announced during the 12th Asia Pacific Screen Awards ceremony on Thursday 29 November 2018 in Brisbane, Australia.

Chair of the Asia Pacific Screen Awards, and its Academy, Michael Hawkins said “The Asia Pacific Screen Awards and its well-established Academy of the region’s leading filmmakers are extremely grateful to its collaborative partner the MPA for investing, in every sense, in developing the wealth of cinematic talent in the region. As the magnificent slate of completed APSA MPA Film Fund projects attests, supporting these projects at such a crucial early stage truly does ensure that the incredible stories and myriad voices of our culturally rich region reach our screens, to be seen, heard and shared both across the region and with the rest of the world.”

Mike Ellis, President and Managing Director Asia Pacific MPA, said, “It’s exciting to launch the latest round of the MPA APSA Academy Film Fund during the Beijing International Film Festival with our wonderful partner, the Asia Pacific Screen Awards, surrounded by so many talented filmmakers with great ideas they want to see brought to the big screen. We are very proud that the Fund has assisted the vital period of script development for so many acclaimed productions, and we hope to see the Fund support many more.”

Attendees at the Beijing event included MPA President and Managing Director of the Asia Pacific region Mike Ellis, APSA Competition Manager Sheree Ramage and Georgian writer/director Mariam Khatchvani, winner of the 2017 APSA Cultural Diversity Award under the patronage of UNESCO for the film Dede, currently screening in competition at the Beijing International Film Festival. Khatchvani’s producer Vladimir Khatcharava was an MPA APSA Academy Film Fund recipient in 2017 for development of their next feature Nene.

Khatchvani said from Beijing ‘’Thanks to the MPA APSA Academy Film Fund, I am now developing my second feature film Nene, based on a personal true story, and I have also been selected for the Cannes Cinéfondation to develop the project. I did not think that I had a chance to be a grant recipient because of all of the big names in the Academy and the competition. It is the best possible start for the project and I am so grateful to the MPA and APSA, an opportunity like this means so much and can make such a difference to young debut directors.’

Further demonstrating a commitment to supporting and promoting cinema from the region, the MPA will hold a screening of a film from the region at the MPAA headquarters in Washington DC, USA later in the year, the fifth such event of its kind. Previous editions of the event have included screenings of MPA APSA Academy Film Fund completed projects A Separation, No Burqas Behind Bars and Memories on Stone.

OTHER RECENTLY COMPLETED MPA APSA ACADEMY FILM FUND PROJECTS
• Annemarie Jacir’s celebrated family drama Wajib World Premiered at the 2017 Locarno Film Festival. By the end of the year it had won Best Fiction Feature and Best Actor at the Dubai International Film Festival and received an APSA nomination for Best Actor (Mohammad and Saleh Bakri). It also won four other major international awards and was Palestine’s official submission to the 90th Academy Awards© for Best Foreign Language Film.
• Payman Maadi’s feature Bomb, a love story set in Tehran under Iraqi bombardment in 1987, World Premiered at the Fajr Film Festival in February 2018, the leading festival in its native Iran, where it won the Special Jury Prize. Bomb was written and directed by Maadi who also stars in the film, where he is reunited with his A Separation co-star Leila Hatami.
More information: