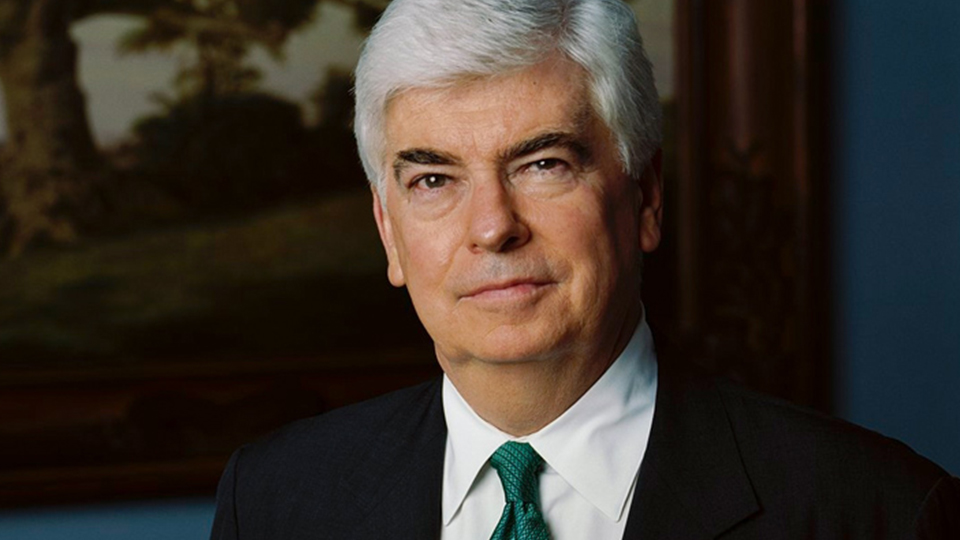 Senator Chris Dodd, Chairman and CEO of the Motion Picture Association of America, Inc. (MPAA) will deliver the Keynote Address at the Asia Pacific Screen Awards, 2011.

The Keynote Address will be given on Wednesday November 23, a day before the Awards ceremony, at a special presentation at Queensland’s Gallery of Modern Art in Brisbane, Australia.

Appointed as Chairman and CEO in March, Senator Dodd previously served in the United States Congress representing Connecticut for 36 years – six years in the House of Representatives and 30 years in the U.S. Senate.

“APSA is honoured to have Chris Dodd attend this year’s Awards ceremony and deliver what surely will be a timely and thought-provoking keynote address. The film industry of Asia Pacific is making a strong impression globally and has an abundance of stories to tell about its history, its cultures and current issues,” said APSA chairman Des Power

“I am delighted that a man of Chris Dodd’s standing and experience is coming to Queensland to meet with the nominees and jury. There is much to be learned about one another and our respective industries.”

Speaking about his intended visit to Australia to attend APSA, Senator Dodd said: “I’m eagerly looking forward to participating in the award ceremony and meeting some of the leading filmmakers from the Asia Pacific.”

“As the region takes great strides economically and culturally, we are fortunate to witness the development of a generation of filmmakers with vision and advanced craftsmanship. The quality and range of their work is simply stunning.  Kudos to APSA for seizing this timely initiative to recognize their creativity and provide an environment for the further development of their careers through the formation of the APSA Academy.”

Senator Dodd was one of the most widely respected legislators during his years in Congress, earning the trust and admiration of both Democrats and Republicans.

As a key participant in nearly every major national policy debate over the past three decades, Senator Dodd authored or co-authored major legislation in the areas of education, health, financial services, foreign policy, and election reform. He played a decisive role in writing the significant health care reform bill with the passage of the Patient Protection and Affordable Care Act. Senator Dodd was also the principal author of the Dodd-Frank Wall Street Reform and Consumer Protection Act, crafted in the wake of one of the worst economic downturns in history.

Senator Dodd is perhaps best known for bringing attention to children’s and education issues. He formed the first children’s caucus in the Senate, authored the first child care legislation since World War II, and wrote the Family and Medical Leave Act.

A recipient of the Edmund S. Muskie Distinguished Public Service Award recognizing leadership in foreign policy, and a former senior member of the Senate Foreign Relations Committee, Senator Dodd is a recognized expert on Latin America. During his tenure in Congress he also travelled extensively in Europe, Asia and Latin America and served as Co-Chair of the U.S. India Senate Caucus.

Chris Dodd’s APSA Keynote address will discuss the resilience of filmed entertainment during challenging economic conditions and the ever-changing technological landscape, the development of partnerships between Hollywood and the film industries of the Asia Pacific region, and the United States’ continued capacity for reform and innovation within the motion picture industry and its wider economy.

In 2010, the MPA and APSA launched the MPA APSA Academy Film Fund – a $100,000 development fund exclusive to filmmakers in the Asia Pacific Screen Academy, supported wholly by the Motion Picture Association (MPA).  At the 2010 APSA ceremony, four grants of $25,000 each were announced. Jodaeiye Nader az Simin (A Separation), the first completed project funded by the MPA APSA Academy Film Fund, written and directed by Iranian filmmaker Asghar Farhadi, went on to win the Golden Bear, Best Actress and Best Actor awards at the 2011 Berlin Film Festival, as well as the Sydney Film Prize at this year’s Sydney Film Festival.  The film is also in competition at this year’s APSAs.

The APSA Keynote address will be delivered on Wednesday November 23, 2011 at 11am at the Gallery of Modern Art (GoMA) – Cinema A, Cinematheque. Attendance is by invitation; however, those wishing to attend may apply for an invitation by contacting APSA – [email protected]