Scene By Scene Profiles the Best of Asia-Pacific Filmmakers 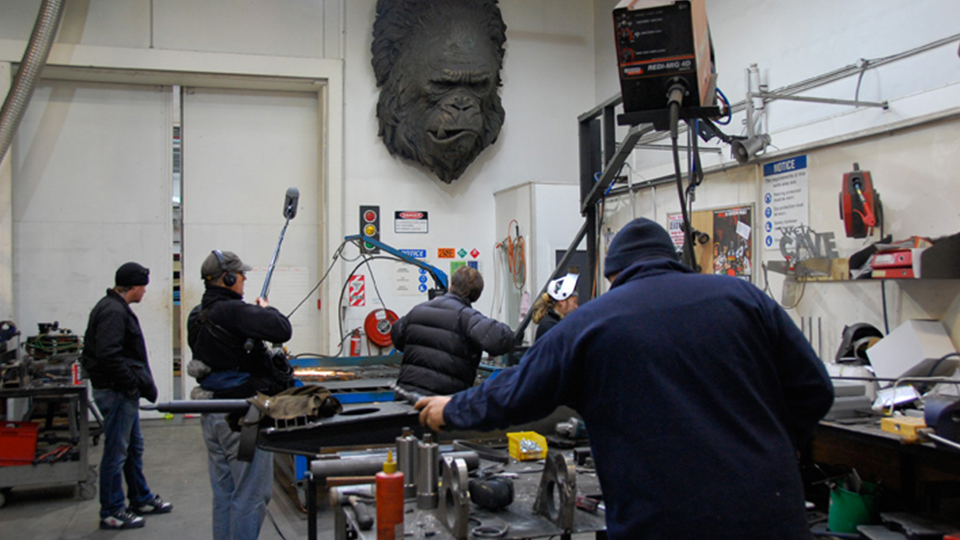 In the run-up to the 2008 Asia Pacific Screen Awards, CNN is to feature the power and reach of Asia-Pacific cinema in four half-hour Scene By Scene documentaries starting October 4th. Covering over 70 countries, one third of the earth and half of the world’s film output, Asia-Pacific cinema has never been more prominent and these programs celebrate its diversity and reach.

From New Zealand to India, Pakistan to Thailand and Australia to China, the documentaries travel across the Asia-Pacific to hear from the directors, producers and stars about the political, religious and cultural challenges they face making films. Some of the films and filmmakers profiled include:

Scene By Scene gets a rare tour of what’s become known as “Wellywood” – the state-of-the-art filmmaking empire established in the New Zealand capital, Wellington, by Academy Award winner Peter Jackson and business partner Richard Taylor. The best example of Weta Workshop may be Gollum from Lord of the Rings, but Taylor tells Scene By Scene the movie world is about to be stunned by James Cameron’s Avatar and Steven Spielberg and Jackson’s Tintin which are both in production in Weta.

Even bigger and more popular than Bollywood, Telugu cinema from southern India, known as Tollywood, features some of India’s brightest talents and biggest stars. Recent Oscar nominee Ashutosh Gowariker shares with Scene By Scene his experience working with Aishwarya Rai on a new film Jodhaa Akbar.

Scene By Scene goes on location with Thailand’s royal filmmaker, Prince Chatrichalerm Yukol, as he shoots an epic period story involving thousands of extras and over 200 elephants. One of the best known and most successful Thai film directors, Chatri’s production Suriyothai has become the country’s highest grossing film earning more than $18M at the box office.

From just $65M ticket sales in 2001 to $500M in 2007, Scene By Scene takes an inside look at the world’s fastest growing film industry interviewing the renowned producer Alexandar Rodnyansky. He talks candidly about his fears of a return to authoritarianism and has been told personally by Russian Presidents Vladimir Putin and Dmitry Medvedev that there are limits to what filmmakers can do.

Scene By Scene examines how Jordan’s new film industry is by royal command. Her Royal Highness, Princess Rym Al-Ali, a board member of the Royal Film Commission lays out the Royal Family’s vision to make Jordan a powerhouse of Middle Eastern cinema by attracting filmmakers from all over the region. Jordanian director Amin Matalqa also talks on his decision to return from Los Angeles to produce an award winning film Captain Abu Raed.

CNN International
CNN is the world’s leading global 24-hour news network and one of the world’s most respected and trusted sources for news and information. The CNN brand is available to two billion people via 18 CNN branded TV, internet and mobile services produced by CNN Worldwide, a division of Turner Broadcasting System Inc and a Time Warner company. CNN International is the international directorate of CNN Worldwide and distributes news via 14 services in seven different languages. CNN International can be seen in more than 231 million households and hotel rooms in over 200 countries and territories worldwide, including more than 36 million across the Asia-Pacific region and online at www.cnn.com/international.