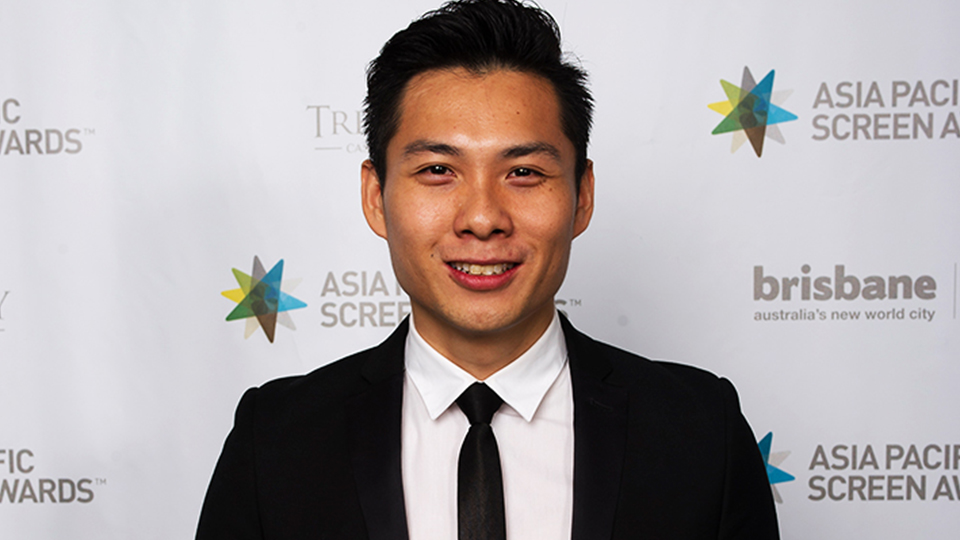 Anthony Chen at the 2013 APSA Ceremony

Award-winning Singaporean filmmaker Anthony Chen has been appointed as a member of the International Jury for this year’s Asia Pacific Screen Awards (APSA).

The appointment was announced at a special event at the private residence of Mr Philip Green, Australian High Commissioner to Singapore, and follows Anthony Chen’s 2013 APSA win for Achievement in Directing for his debut feature Ilo, Ilo, the first APSA win for a Singaporean film.

One of Variety magazine’s 10 Directors to Watch, Anthony Chen said APSA was held in high regard because of its discerning and uncompromising quest to recognise the best filmmaking the Asia-Pacific region has to offer.

“It is a real honour for me to return to Brisbane as a jury member and even more special to be judging alongside Jury President Asghar Farhadi, a filmmaker I admire and respect greatly,” Mr Chen said.

The Asia Pacific Screen Awards are held annually in Brisbane, Australia, which is also the host city for the upcoming 2014 G20 Leaders’ Summit in November.
Brisbane-based APSA Chairman Michael Hawkins said it was a great pleasure to announce talented filmmaker Anthony Chen as a member of the International Jury for 2014.

“It is a special moment for APSA as Mr Chen is the first International Jury member to represent Singapore,” Mr Hawkins said.
“We look forward to his involvement in the event and welcoming him to Brisbane for the second year in a row.”

Mr Chen has received high-acclaim for his debut feature Ilo, Ilo, which was selected for the Directors’ Fortnight at the 2013 Cannes Film Festival and was awarded the Camera d’Or for Best Debut Feature, the first award for a Singapore feature film at Cannes. It has picked up over 30 other awards at festivals worldwide including four Golden Horse Awards.

Inspired by a real life maid who worked for Mr Chen’s family when he was a child, Ilo, Ilo chronicles the relationship between a Singaporean family of three and their newly arrived Filipino maid, Teresa, who had come, like many other Filipino women, in search of a better life.

The 8th Asia Pacific Screen Awards presented by Treasury Casino & Hotel will be held in Brisbane’s City Hall on Thursday 11 December 2014.
The awards are supported by Brisbane City Council and managed by economic development board Brisbane Marketing in a unique collaboration with Paris-based UNESCO and FIAPF—International Federation of Film Producers Associations.

They recognise and promote cinematic excellence and cultural diversity of the world’s fastest growing film region: comprising 70 countries and areas, 4.5 billion people, and responsible for half of the world’s film output.

In 2013, 39 films from 22 countries and areas received award nominations.

For information on Brisbane, as the host city for the 2014 G20 Leaders’ Summit, visit www.choosebrisbane.com.au