In Conversation with Apichatpong Weerasethakul and Soros Sukum

Join acclaimed filmmaker Apichatpong Weerasethakul and producer Soros Sukhum as they discuss their collaborations – including the 2021 Cannes Jury Prize winner Memoria, starring Tilda Swinton. Apichatpong and Soros will be joining the 3rd Asia Pacific Screen Forum virtually.  In person events held at HOTA, Home of the Arts include industry networking and refreshments.

Apichatpong Weerasethakul is recognised as one of the most original voices in contemporary cinema. His previous seven feature films, short films, installations and his recent live performance have won him widespread international recognition and numerous awards, including the Cannes Palme d’Or in 2010 with Uncle Boonmee Who Can Recall His Past Lives.

While this was Weerasethakul’s first film shot outside Thailand, and in English, Soros Sukhum is well known for his international and highly creative approach to financing and producing. Sukhum was honoured by FIAPF at APSA in 2020 for his contribution to Asia Pacific cinema – particularly for his discovery and fostering of new voices and creating pathways to facilitate the realisation of their creative visions. Soros is the first Thai producer who received a national Silapathorn Artist Award for Film and Video from Ministry Culture of Thailand. 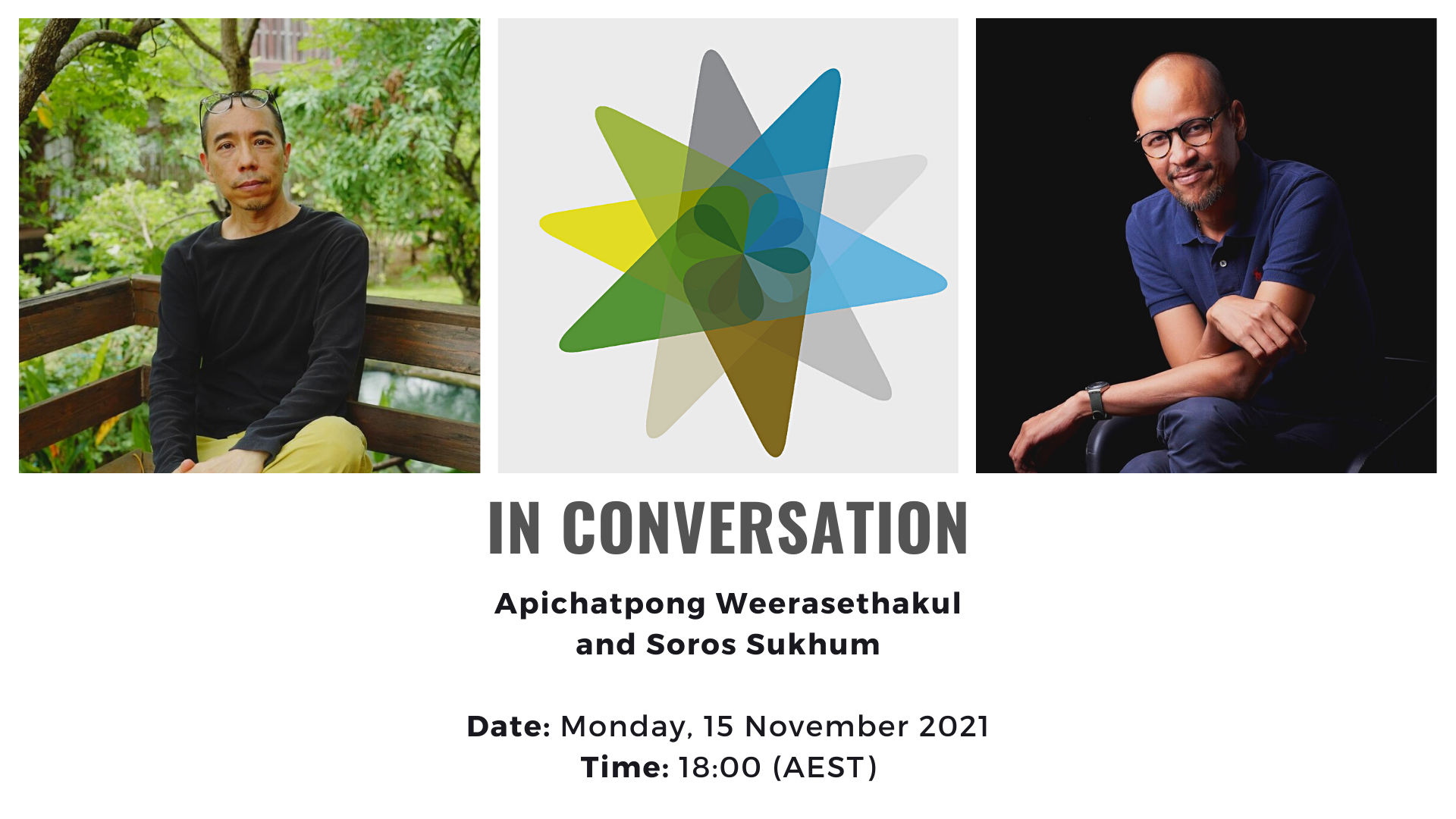