AIIA Event – The Influence of Film 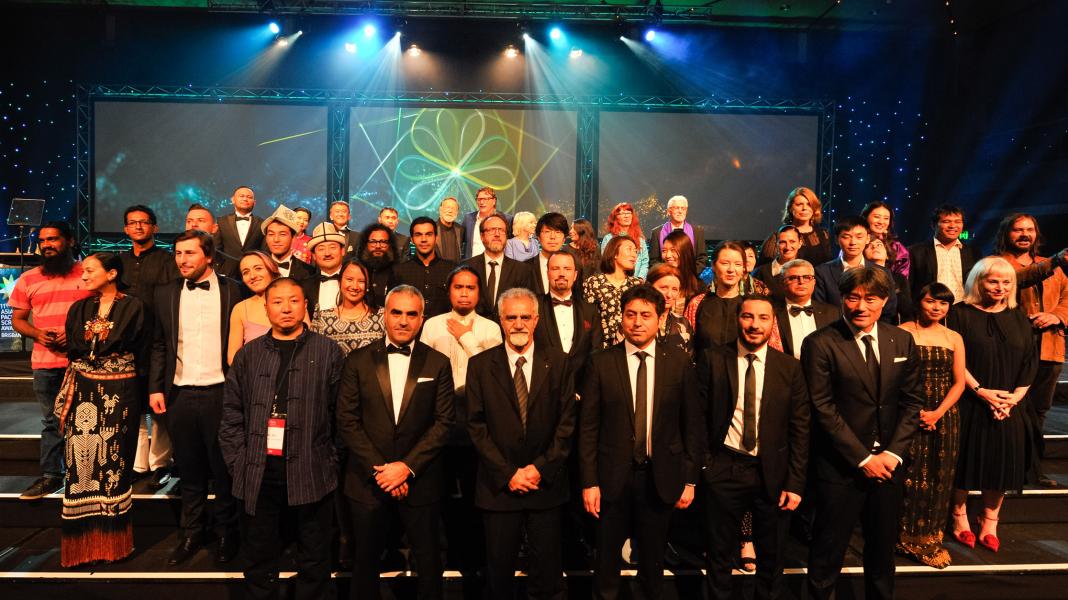 AIIA Event - The Influence of Film

Des and Michael will talk about the founding and growth of the Asia Pacific Screen Awards and how this Queensland-based initiative has been a winner for Australia and the wider region. Both men are key architects of this remarkable success story. Des unveiled the original APSA concept in 2003 and traveled the word to make it a reality. Michael, as APSA Chairman, has built the awards into the region’s highest accolade in film. Established in 2007 with a permanent home in Brisbane, the Asia Pacific Screen Awards honour cinematic excellence from 70 countries and areas in the region, and recognise filmmaking that best reflects its cultural origins. APSA is an international cultural program supported by Brisbane City Council and managed by Brisbane Marketing. It is endorsed by foundation partners Paris-based UNESCO and FIAPF-International Federation of Film Producers Associations. The awards ceremony is an exclusive presentation unique to Brisbane and is streamed globally via live webcast

Des Power AM is an award-winning producer and writer, former journalist and foreign correspondent. His media portfolio as a reporter and producer includes the ABC’s AM and PM, This Day Tonight, and Four Corners. He was the London-based ABC’s correspondent covering Western Europe, Middle East and Persian Gulf. He was the executive producer of Today Tonight on Channel Nine, Queensland. He has written and produced over 40 documentaries and specials for all Australian TV networks including the acclaimed doco-drama Dance with the Devil ( Seven Network). His work includes Celebration of a Nation, the official film for the Australian bi-centenary. He co-produced the feature film Dear Claudia starring Bryan Brown and Aleksandra Vujcic and co-wrote the telemovie The Love of Lionel’s Life for Network Ten. Other projects include Fonteyn Remembered for Queensland Ballet with dramaturge Sue Ryder and artistic director Francois Klaus. He is currently working on another stage production with QPAC for 2018. Des was the creative director of The Gallipoli Symphony, a major work by ten international composers and music director Christopher Latham. He has three feature screenplays in development and a ballet on the artistic life of Jacqui Kennedy. He is an Honorary Doctor of Griffith University and an member of the external board of the Queensland College of Art.

Michael Hawkins is a management consultant practicing in the fields of negotiation and facilitation. He is the Chairman of the Asia Pacific Screen Awards and is also Executive Director of the National Association of Cinema Operators – Australasia and the Australian International Movie Convention, a Director of Creative Content Australia Ltd and a Director of Screen Australia. He is a member of Advisory Boards including HLB Mann Judd Chessboard and two prominent Australian’s Family Offices. He is a Member of the Administrative Appeals Tribunal. He serves on the Foundation of the Queensland State Library. He was formerly CEO of Australian Multiplex Cinemas Ltd and Deputy Chair of Screen Queensland. He is a lawyer by training and a Fellow of the Australian Institute of Company Directors.