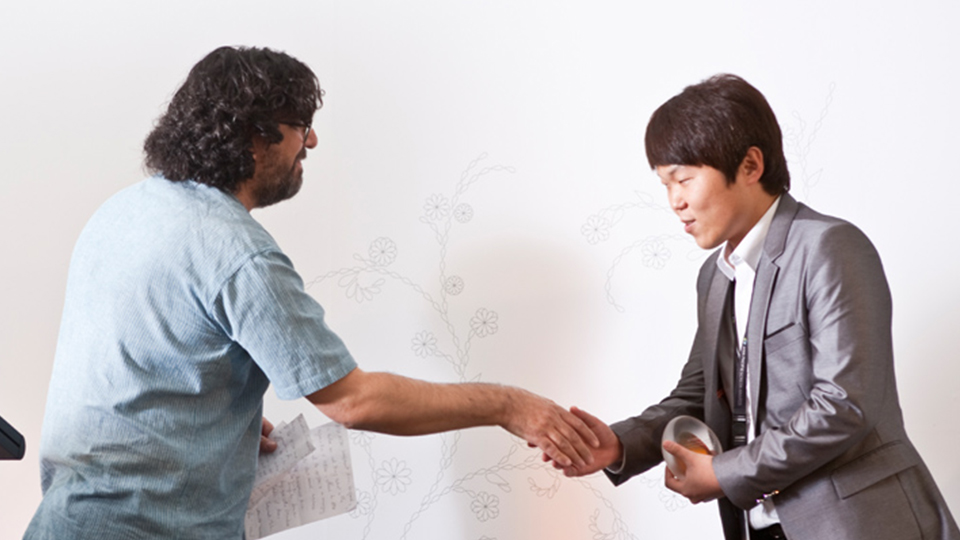 Designed to nurture new and rising talent in the region, the $US5000 prize is offered by APSA in collaboration with the Network for the Promotion of Asian Cinema (NETPAC) to an emerging filmmaker from the 2009 Award nominees.

The 2009 APSA NETPAC Development Prize recipient is Baek Seung-bin, the director and screenwriter of  the film Jang-rye-sik-ui (Members of the Funeral), from the Republic of Korea.  Baek Seung-bin is an APSA Nominee in the Best Screenplay category.

The  winner of the 2009 APSA NETPAC  Development Prize was decided by a Jury consisting of three APSA Nominations Council members who are also members of NETPAC, Professor Xie Fei (Chair) from China, Yuka Sakano (Japan) and Mohammad Atebbai (Islamic Republic Of Iran).

The APSA NETPAC Development Prize Jury noted that Jang-rye-sik-ui (Members of the Funeral) features “masterful direction which attracts viewers from the beginning until the end of the film”, and “visual imagery which is full of originality”.  Baek Seung-bing was also praised for his “intelligent woven screenplay.”

The prize will be presented to Baek Seung-bin at a special ceremony tomorrow, Thursday November 26, by Australian screen legend Jack Thompson.

The APSA NETPAC Development Prize recipient is chosen from the pool of APSA nominees in each Awards year.

APSA Chairman Des Power said that APSA greatly valued the partnership with NETPAC: “APSA supports the objectives of NETPAC to promote Asian cinema and we appreciate the collaboration we have had with NETPAC since our inception, particularly with its President, Aruna Vasudev, who is a founding member of the APSA Nominations Council.”

NETPAC President, Aruna Vasudev said, “We are delighted to join hands with APSA, an initiative which has already brought significant global attention to the outstanding achievements of Asia-Pacific films and filmmakers. This prize is a great encouragement to the talented filmmakers emerging in Asia-Pacific today and the bursary will make a contribution to their creative development.”

The 2009 Asia Pacific Screen Awards will be streamed live at couriermail.com.au/movies and asiapacificscreenawards.com after 7:00pm Australian Eastern Standard Time (Gold Coast) on November 26, 2009. Highlights of the Ceremony will appear on CNN’s monthly movie program Screening Room Xtra from December 3.

An international cultural initiative of the Queensland Government, APSA is a unique collaboration between CNN International, UNESCO and FIAPF-International Federation of Film Producers Associations. APSA honours the works of filmmakers across a region covering 70 countries, one third of the Earth and half the world’s film output.