WITH FULL COMPETITION IN 2021 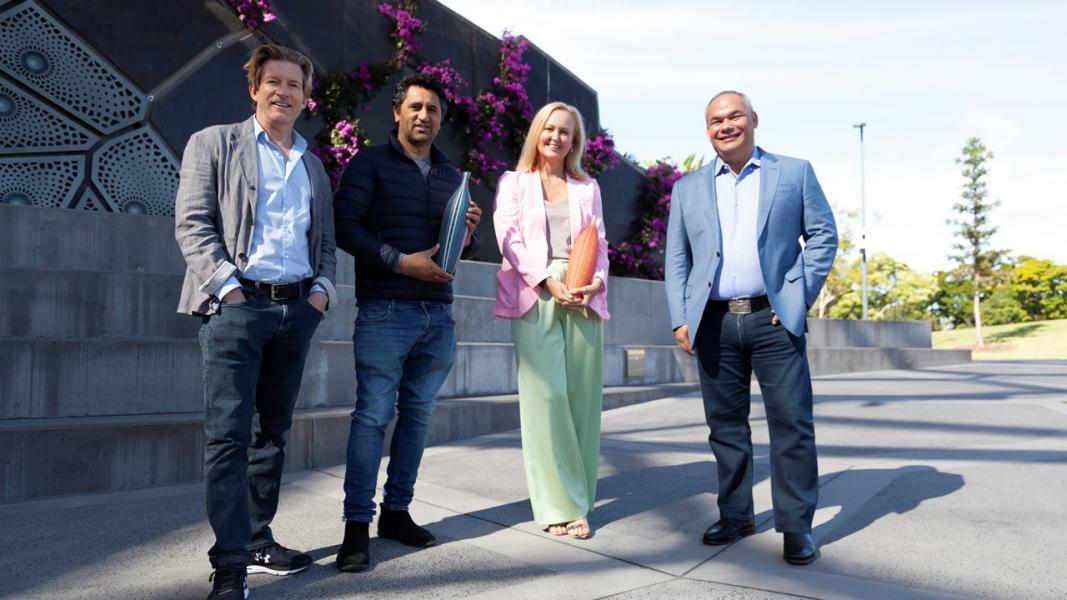 When launched in 2007 on the Gold Coast, APSA was a groundbreaking initiative to create an Academy and Awards that would connect and celebrate the cinematic excellence and rich cultural diversity encompassed by the world’s fastest growing film region: more than 70 countries and areas, 4.5 billion people, and responsible for half of the world’s film output.

The inaugural APSA brought some of the world’s biggest stars to the Gold Coast and last year, the glittering event returned to the city after several years being held in Brisbane. Now, marking 15 years strong, the event will once again presented in person on the Gold Coast and streamed across the globe.

In delivering the full slate of competition, the APSA Academy continues its fierce commitment to ignite and honour the cinematic excellence of the vast Asia Pacific region, and support and showcase the region’s remarkable storytellers and screen makers.

“We are thrilled to be bringing the industry together on the Gold Coast, Queensland for events which will also be virtually accessible throughout the region, and the world,” Ms Vieira said.

“Creating connections, fostering collaboration, providing crucial funding in partnership with the Motion Picture Association (MPA), and celebrating cultural diversity through our founding relationships with UNESCO and FIAPF all underpin the success of the Academy, and we continue to create those opportunities for the region,” she said.

The announcement was made at an event at HOTA (Home of the Arts) attended by Gold Coast Mayor Tom Tate, Chair APSA Tracey Vieira, and APSA Academy members David Wenham (Australia) and Cliff Curtis (New Zealand).

“This is a huge coup for the awards and our city. To host the APSA awards underscores the investment made from key stakeholders in our emerging screen industry,’’ said Gold Coast Mayor Tom Tate.

“As they say in the industry ‘it’s what goes on behind the cameras that matters’ and in this case, the negotiations to secure APSA were so positive that collectively, we made it happen. I can’t wait.’’

The Awards and Forum are supported by Major Partner Screen Queensland whose CEO, Kylie Munnich said the APSA program created a vital opportunity for filmmakers from the Asia Pacific region, including Queensland screen creatives, to showcase their work.

“Screen Queensland’s partnership with APSA, through the Screen Culture Funding program, provides this high profile and accessible platform for aspiring filmmakers and local industry to connect, celebrate and gain inspiration from our talented industry peers across this vast and wonderfully diverse global region.

“APSA and Screen Queensland have enjoyed a longstanding association and we congratulate the Academy for reaching this important milestone of 15 years, celebrating the diversity and originality of screen content from across the region and the unique collaborative opportunities the Awards and Forum enable,” Ms Munnich said.

The Asia Pacific Screen Forum will inspire new connections and models of filmmaking under the theme The Influence of Production on Story. This topic will be explored through a series panel discussion and interactive case studies. The forum will also feature masterclasses, screenings, roundtable discussions and one-on-one meetings and mentorships across Asia Pacific.

The new Asia Pacific Screen Forum Steering Committee is crafting a diverse and accessible program with industry at its core.

Winners in the 14th Asia Pacific Screen Awards will be decided by the soon to be announced 14th APSA International Jury, and presented at a globally streamed live event at HOTA (Home of the Arts, Gold Coast) on Thursday 11 November.

All APSA nominees, Nominations Councils Jury members are inducted into the prestigious APSA Academy presided over by Australian screen legend Jack Thompson AM PhD. The Academy boasts over 1,200 of the region’s leading filmmakers and provides exclusive networking, development and funding opportunities available to Academy members through the MPA APSA Academy Film Fund, and Academy mentoring opportunities for the next generation of Asia Pacific filmmakers through the Asia Pacific Screen Lab.