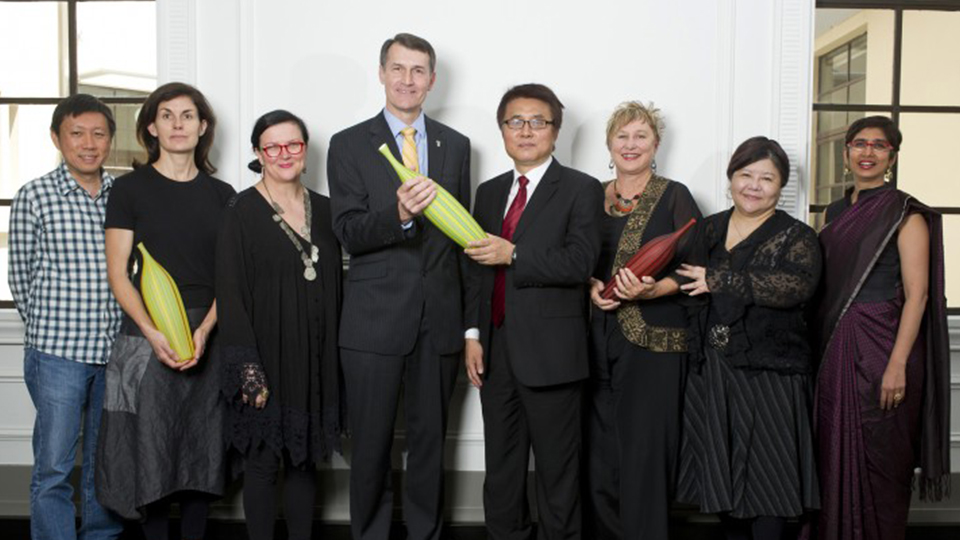 The 2013 Asia Pacific Screen Awards (APSA) has finalised competition entries for the 7th annual Awards. The International Nominations Council are currently deliberating in Brisbane ahead of the 2013 nominations announcement in November.

With an incredibly strong line-up of over 230 films from 41 countries and areas, including Academy Award® Best Foreign Language Film submissions from an unprecedented 19 countries, the 2013 competition reinforces the awards’ position as the region’s highest accolade in film, recognising and promoting the cinematic excellence and cultural diversity of the vast Asia Pacific.

Features in competition include films from acclaimed first time feature filmmakers such as Singapore’s Anthony Chen (Ilo, Ilo) and Australia’s Kim Mordaunt (The Rocket) who will compete alongside many of the world’s leading auteurs, including Hong Kong’s Wong Kar Wai (The Grandmaster), India’s Anurag Kashyap (Ugly), Japan’s Hayao Miyazaki (The Wind Rises) and Hirokazu Kore Eda (Like Father, Like Son), as well as Kim Ki Duk (Moebius) from the Republic of Korea and Asghar Farhadi (The Past) from the Islamic Republic of Iran.

Features in competition for 2013 include films not only awarded within their own countries and areas, but also at the world’s leading film festivals beyond Asia Pacific, with the line up including multiple award winners from Cannes, Berlin, Toronto, Sundance, Venice and Tribeca.

The Middle Eastern countries encompassed by the Asia Pacific region have a particularly strong number of entries this year, from countries and areas including Iraqi Kurdistan, Afghanistan, Saudi Arabia, the United Arab Emirates, Turkey and the Palestinian Territories. The Islamic Republic of Iran alone sees no less than four grand masters of cinema in the competition, APSA Academy members Asghar Farhadi (The Past), Jafar Panahi (Closed Curtain), Mohammad Rasoulof (Manuscripts Don’t Burn) and also Mohsen Makhmalbaf (The Gardener).

APSA Director of Awards Competition, Maxine Williamson is thrilled by the final competition: ‘It’s extremely satisfying to see the competition line up get even stronger year after year, and what is particularly rewarding in 2013 is the healthy number of entries received from the thriving APSA Academy, testament to the ever-growing strength of the awards.’

In addition to the many entries from APSA Academy members, the completed 2011 MPA APSA Academy Film Fund project, Maryam Ebrahimi’s documentary feature film No Burqas Behind Bars, is also entered in competition, and is the third completed film fund project to enter the competition.

Brisbane’s Lord Mayor Graham Quirk said of the close of competition: “This is a very exciting part of the Awards process, and I looking forward to announcing the 2013 nominees. It will be our great pleasure to welcome the nominees to Brisbane in December for this extremely prestigious international event.”

The 2013 Asia Pacific Screen Awards ceremony will be held in Brisbane’s historic City Hall on Thursday 12 December at a glittering event, with nominees and industry luminaries in attendance. Films are submitted to the awards across four categories; Feature Film, Documentary Feature Film, Animated Feature Film and Children’s Feature Film.

The members of the 2013 International Nominations Council are:

Winners in the feature film categories will be determined by the 2013 APSA International Jury, headed by esteemed Indian screenwriter and director Shyam Benegal, who will lead a group of accomplished Jury members including Korean screenwriter and director Kim Tae-yong, “Queen of Sri Lankan Cinema” actress of stage and screen Hon Dr Malani Fonseka, Turkish actor Tamer Levent, Swiss director Christoph Schaub and Hong Kong producer Albert Lee. The International Jury can also, at its discretion, present a further prize: the Jury Grand Prize, for which nominated feature films are eligible.

Winners of the Documentary Feature Film, Animated Feature Film and Children’s Feature Film categories will be peer-voted by the APSA Academy members.

Two additional major awards for outstanding achievement will be presented at the ceremony. The UNESCO Award for outstanding contribution to the promotion and preservation of cultural diversity through film, and the FIAPF Award for Outstanding Achievement in Film which celebrates a film practitioner from the region whose career and actions contribute strongly to the development of the film industry. The APSA NETPAC Development Prize of USD$5,000 will also be awarded.

The awards are the Asia Pacific region’s highest accolade in film, recognising and promoting cinematic excellence and cultural diversity of the world’s fastest growing film region: comprising 70 countries and areas, 4.5 billion people, and responsible for half of the world’s film output.