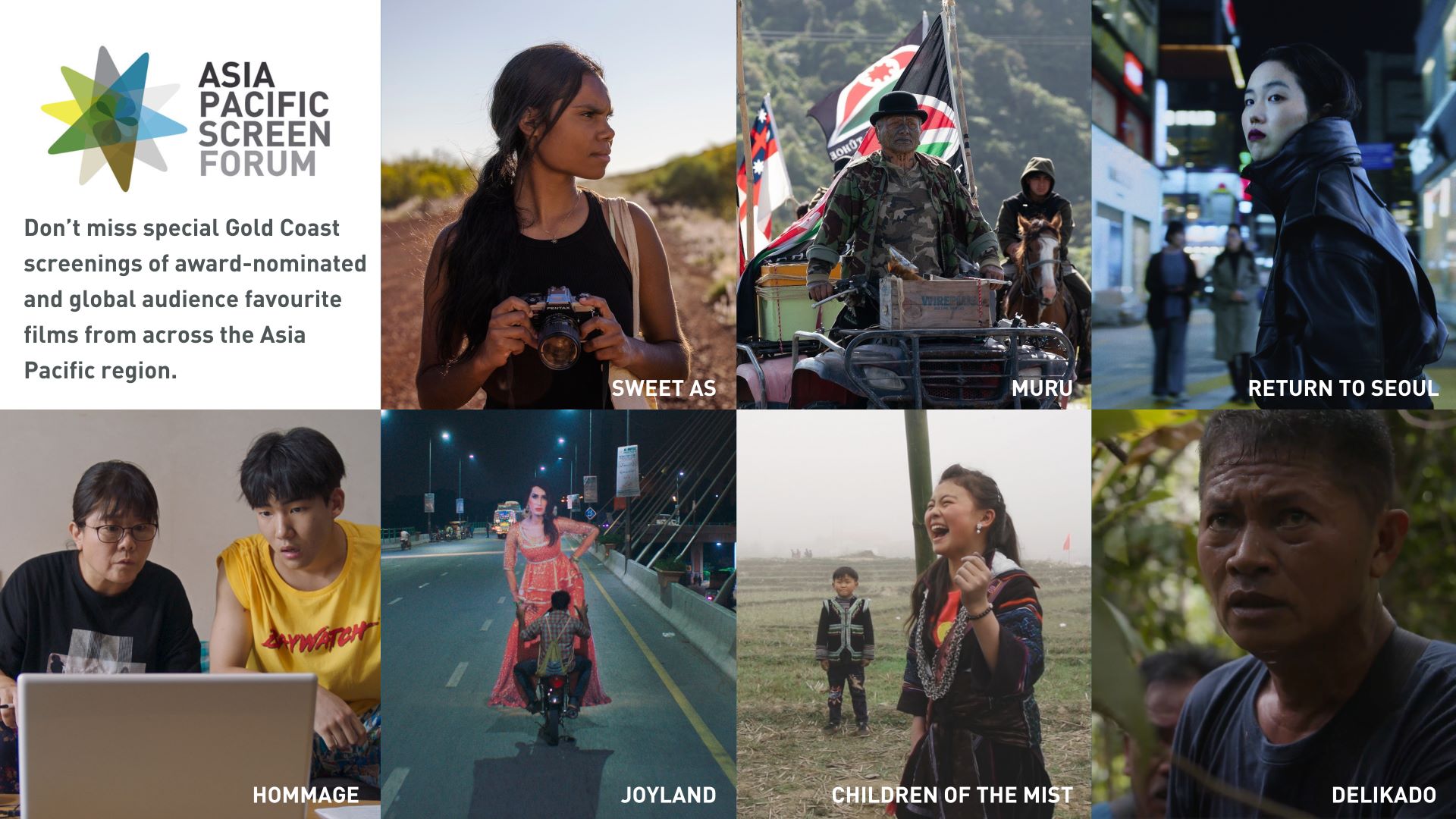 Inspired by actual events and the current #1 smash-hit film at the NZ Box Office, Muru is the story of a local Police Sergeant ‘Taffy’ Tāwharau (Cliff Curtis), who must choose between his badge and his people, when the Government launches an armed raid through his remote Ruatoki community, on a school day. This gripping action drama is not a re-creation, but a response to the 2007 Tūhoe raids which saw legendary artist, activist and leader Tame Iti wrongfully arrested under suspicion of domestic terrorism. He appears as himself in Muru (the Māori concept for reconciliation and forgiveness).

Winner: APSA Cultural Diversity Award under the patronage of UNESCO

Environmental thriller Delikado is set in Palawan  – an idyllic tropical island and one of the tourist hotspots in Asia.  The expertly crafted and engaging film follows Bobby, Tata and Nieves, three magnetic leaders, as they risk their lives in David versus Goliath-style struggles trying to stop politicians and businessmen from destroying the Philippines’ “last ecological frontier”.

The film industry in South Korea has become a powerhouse when it comes to delivering fresh and unpredictable films. Directed by Shin Su-won and starring Parasite’s Lee Jeong-eun, the story tells of a filmmaker searching for missing footage from one of the first feature films directed by a South Korean woman in the mystery thriller Hommage (Omaju).

Sweet As is the first Western Australian feature film to be written and directed by an Indigenous female filmmaker, Jub Clerc. Nominated for the 2022 Asia Pacific Screen Awards Best Youth Film, the film is based on Jub’s life growing up in the remote and stunning Pilbara region and has been described as The Breakfast Club meets the outback!

CHILDREN OF THE MIST

Screen International (Nikki Baughn) describes Children of the Mist as a “compelling and eye opening drama”. From first-time feature director Hà Lệ Diễm, the film is set in the misty mountains of North Vietnam, where a teenage Hmong girl walks the thin line between childhood and becoming an adult. Di, a 13-year-old Hmong girl, is about to face the destiny of many teenage girls of her ethnic group: bride kidnapping.

On an impulse to reconnect with her origins, twenty-five year old Freddie, returns to South Korea for the first time, where she was born before being adopted and raised in France. The headstrong young woman starts looking for her biological parents in a country she knows so little about, taking her life in new and unexpected directions. With a 100% approval rating on Rotten Tomatoes, Return To Seoul (Retour à Séoul) world premiered in Cannes’ Un Certain Regard in May.

All APSA nominees, Nominations Councils and Jury members are inducted into the prestigious APSA Academy presided over by Australian screen legend Jack Thompson AM PhD. The Academy boasts over 1,400 of the region’s leading filmmakers and provides exclusive networking, development and funding opportunities available to Academy members through the MPA APSA Academy Film Fund, and Academy mentoring opportunities for the next generation of Asia Pacific filmmakers through the Asia Pacific Screen Lab.