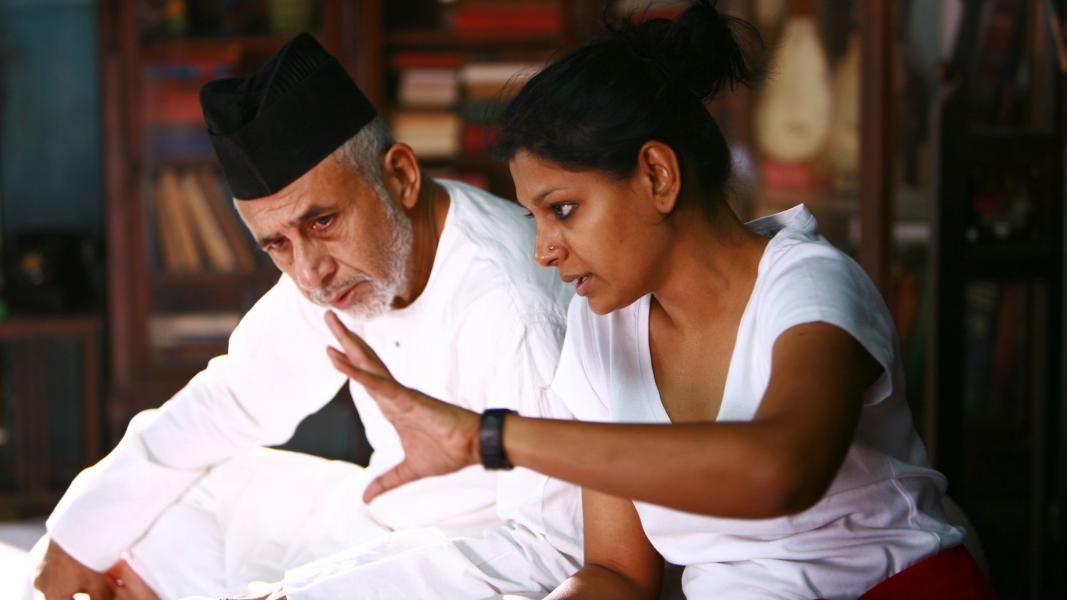 Nandita Das (right) on the set of Firaaq

Internationally acclaimed director and actress Nandita Das will be presented with the prestigious FIAPF Award for achievement in film in the Asia Pacific region at the 12th Asia Pacific Screen Awards (APSA) in Brisbane on November 29.

Today’s announcement, made by APSA together with founding partner FIAPF– International Federation of Film Producers Associations, confirmed Ms Das would travel to Brisbane to receive the honour, which celebrates a film practitioner from the region whose career and actions contribute strongly to the development of the Asia Pacific film industry.

Nandita Das is a writer, director and actress with over 50 credits to her name. She has acted in more than 40 feature films in ten different languages. Her works as a filmmaker have seen inspired and audacious stories meet with worldwide acknowledgement and success. They have influenced the Indian film industry and enriched international audiences’ understanding of Indian culture.

Nandita Das is also committed in the public debate as a strong voice for issues of social justice and human rights.

Ms Das becomes the 12th Asia Pacific screen icon to receive the award, which was first presented at the inaugural APSAs in 2007.

President of FIAPF, Luis Alberto Scalella said “Nandita Das has made an extraordinary contribution to the cinema of Asia Pacific, both on-screen and off. FIAPF is honored to celebrate Nandita Das’ career at the upcoming APSA. Her works as a director and as an actress met international recognition and her personal commitments in the public debate are  reflected in the stories she chooses to bring to the screen.”

Chairman of the Asia Pacific Screen Awards and its Academy, Michael Hawkins said “It is an honour to welcome Nandita Das to Brisbane as the recipient of the 2018 FIAPF Award. Ms Das’ impressive career is a shining example of APSA’s ideals and we welcome her to the APSA Academy.”

FIAPF Award recipient Nandita Das said “As I continue to voice my concerns through the stories I choose to tell, I feel responsible not just to my own conscience but also to the faith that organizations like FIAPF and APSA have bestowed upon me. I am grateful and honoured to receive this prestigious award.”

As an actress, Ms Das’ work can be seen most famously in Fire (1996) and Earth (1998) for director Deepa Mehta. The controversial subject matter of these films meant they were among some of the most prominent Indian films to reach international audiences in the 1990s. Continuing her social advocacy, Bawandar (2000) won the award for peace at the Political Film Society, USA.

In 2008, she made her writing and directorial debut with Firaaq. The film won many accolades and critical appreciation, both in India and abroad. She was on the main competition jury of the Cannes Film Festival in 2005 and then again as a member of The Short Films and Cinéfondation Jury in 2013. Das also acted, wrote and directed the play Between the Lines in 2012, which dealt with the subtle gender inequalities that exist among the affluent, educated class in India.

Ms Das’ second directorial venture, Manto (2018), based on the life and works of Saadat Hasan Manto, one of the greatest short story writers of South Asia, premiered at the Cannes Film Festival in 2018 in Un Certain Regard.  Manto was then selected to screen in Sydney, Toronto and Busan Film Festivals, among others. Manto released in theatres in India in September of 2018 and is nominated for an APSA for Best Performance by an Actor for Nawazuddin Siddiqui.

Ms Das has a Masters degree in Social Work and worked with various NGOs before films gave her an opportunity to expand her role as a social advocate. She continues to remain a strong voice for issues of social justice and human rights. She has been invited to speak at reputed events and social forums all over the world. Recently, she was the President of the jury for the 2018 edition of the UNESCO-Madanjeet Singh Prize for the Promotion of Tolerance and Non-Violence, an award that recognises extraordinary achievements in promoting notable models in the field of peace-building.

Nandita Das was the Chairperson of Children’s Film Society India from 2009 to 2012. She has also been conferred the ‘Knight of the Order of Arts and Letters’ by the French Government and was the first Indian to be inducted into the Hall of Fame at the International Women’s Forum. In 2010, she was nominated by the World Economic Forum to be a Youth Global Leader. Additionally, Ms Das was among the 16 emerging global leaders chosen to be a Yale World Fellow in 2014, chosen from close to 4000 applicants.

Media accreditation is now open and interviews are available with APSA guests.