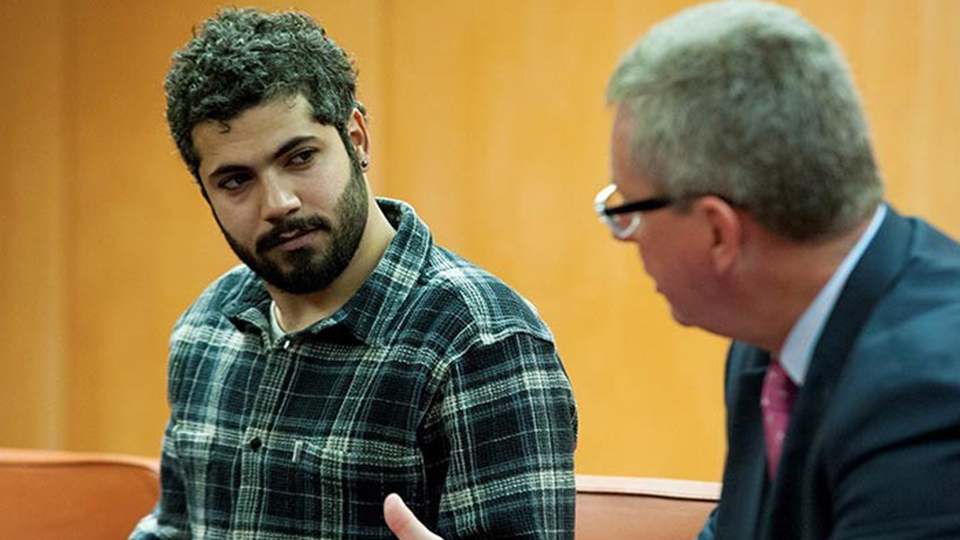 The French premiere screening of Hany Abu-Assad’s The Idol (Ya Tayr El Tayer, Palestine, Qatar, United Arab Emirates, United Kingdom, Netherlands), winner of the prestigious Asia Pacific Screen Awards’ 2015 Cultural Diversity Award under the patronage of UNESCO for outstanding contribution to the promotion and preservation of cultural diversity, was held before an international audience in the main auditorium at the world headquarters of the United Nations Educational, Scientific and Cultural Organisation (UNESCO) in Paris this week.

Presented within the framework of the 10th session of the Intergovernmental Committee on the Protection and Promotion of the Diversity of Cultural Expressions, the screening celebrates the 10-year collaboration of UNESCO with the Asia Pacific Screen Awards in recognition of their shared common goals to promote diversity of cultural expression and raise awareness of the value of culture at local, national and international levels.

The Asia Pacific Screen Awards is the region’s highest accolade in film, recognising and promoting cinematic excellence and cultural diversity of the world’s fastest growing film region: comprising 70 countries and areas, 4.5 billion people, responsible for half of the world’s film output.

The screening was attended by the film’s co-producers Ms Sawsan Asfari and Ms Maya Sanbar joined by actor Mr Ahmed Al-Rokh, who participated in a Q&A before the assembled audience which included APSA Chairman Mr Michael Hawkins, UNESCO Director of the Division for Creativity, Ms Jyoti Hosagrahar and UNESCO Director of the Division of Public Information, Mr Vincent Defourny.

This was the second time UNESCO and APSA have staged a screening of a film that has won the APSA Award for Cultural Diversity under the patronage of UNESCO. In June 2015, a special screening of 2014 Award recipient Memories on Stone(Bîranînên Li Ser Kevirî Iraq/Germany) was presented at UNESCO headquarters by the film’s award-winning writer/director, Shawkat Amin Korki, writer/producer Mehmet Aktaş, and Abbas Ghazali, also a Member of Parliament in Kurdistan.

The Idol is inspired by the true story of 2013 Arab Idol winner Mohammed Assaf, whose rise to fame both gave hope to and united a people. Assaf has gone on to become the first Regional Youth Ambassador for the United Nations Relief and Works Agency in the six decades of the organisation’s history.

The Idol world premiered at as a Special Presentation at the 2015 Toronto International Film Festival and is Palestine’s official submission for the 89th Academy Awards® Best Foreign Language Film category.

The Idol was partially filmed on location in Gaza, becoming the first feature film to be shot there in decades and was produced in association with the Doha Film Institute and the support of the Netherlands Film Fund.

Prior to receiving the Award for The Idol at the 9th APSAs, Hany Abu-Assad was honoured at the 7th Asia Pacific Screen Awards, winning Best Feature Film for Omar (Palestine) alongside two further nominations for Achievement in Cinematography for Ehab Assal, and Best Performance by an Actor for Adam Bakri.

Chairman of the Asia Pacific Screen Awards and its Academy, Mr Michael Hawkins said “APSA and its Academy warmly respects our ten-year relationship with UNESCO. UNESCO supports APSA’s mission to bring a global audience to the films of Asia Pacific and honour their role in the preservation of culture through the organisation’s patronage of APSA Cultural Diversity Award, It is with great pleasure that we together champion The Idol at its French premiere screening to a capacity audience in UNESCO’s headquarters.”

The Idol Director/writer Hany Abu-Assad said “I want to thank UNESCO for this screening. UNESCO plays a major role in defending a culture that is threatened by extinction and has protected and spread invisible stories throughout the decades. Their collaboration with the Asia Pacific Screen Awards is a witness to their resilient effort.

I want to thank the Asia Pacific Screen Awards for supporting me through the years and being a true friend that values the effort of bringing light to unlit places. I made The Idol as an homage to Gaza which has been under occupation for more than 60 years and yet has never given up the hope of being free one day. Gaza is an incredible place on earth where people have never failed to find a smile in tragedy.

I want to thank Mohammed Assaf for being an example of that persistence and being able to change, through his voice, ugliness to beauty. It is the true celebration of art. I want to thank my producers, cast and crew for making this movie possible. And finally, I want to thank audiences for coming to watch The Idol. At the end, the audience is who has the ultimate right to judge our work.”

The United Nations Educational, Scientific, and Cultural Organisation works to create the conditions for dialogue among civilisations, cultures and peoples, based upon respect for commonly shared values. It is through this dialogue that the world can achieve global visions of sustainable development encompassing observance of human rights, mutual respect and the alleviation of poverty, all of which are at the heart of UNESCO’S mission and activities.

More on the convention: