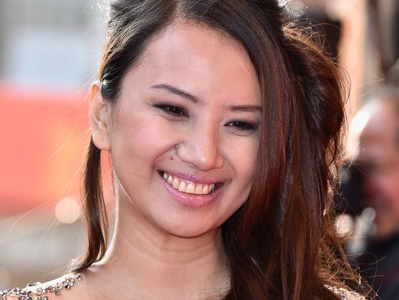 The Award will be presented to Ms Balbuena during the 11th APSA Ceremony on Thursday 23 November in Brisbane, Australia.

Luis Alberto Scalella, President of FIAPF said “Bianca Balbuena is a multi-faceted producer whose films have premiered at, and won awards from, prestigious festivals including Berlin, Busan, Karlovy Vary, San Sebastián, Thessaloniki, Tokyo and Toronto. She has developed and produced the work of debut and emerging filmmakers, as well as established and acclaimed masters such as Lav Diaz. Additionally, she has forged successful co-productions with countries and film industries as diverse as Australia, France, Malaysia, Singapore and Sweden. FIAPF is proud to honour a producer from Philippines for the first time. Bianca Balbuena is one of the most passionate and talented producers of her generation who thinks global when developing local content. In a few years she already made a remarkable contribution to the development of Asia Pacific cinema and we trust it is just a beginning.”

FIAPF Award recipient Bianca Balbuena said “I would like to thank Asia Pacific Screen Academy for continuing to hear and recognize our voices of struggle, oppression, dreams and hope. May we never get tired of telling stories.”

Bianca Balbuena is the co-founder and CEO of Epicmedia Productions Inc. The company has produced over 25 feature films, most notably Pepe Dionko’s Clash (Engkwentro), which won two awards at the 2009 Venice Film Festival including the Venice Horizons Award, and Filipino icon Lav Diaz’s eight-hour A Lullaby to the Sorrowful Mystery, which was awarded the Alfred Bauer Award at the Berlin International Film Festival.

The next collaboration between Bianca Balbuena and Lav Diaz is his upcoming musical feature The Season of the Devil, which will premiere early 2018. She has produced films which have premiered and won awards at festivals such as San Sebastián, Toronto, Busan, Tokyo, Thessaloniki, Rotterdam, Taipei Golden Horse and Karlovy Vary. In the Philippines, she is most known for producing Antoinette Jadaone’s That Thing Called Tadhana, which became one of the most successful and profitable independent films in Philippine box office history.

She is currently producing Bradley Liew’s Motel Acacia, which was part of the 2017 Jerusalem Sam Spiegel International Film Lab and has been supported by BiFan’s NAFF IT Project and EAVE Ties That Bind. Balbuena also produced Liew’s debut feature, Singing in Graveyards, which premiered at the 2016 Venice Film Festival Critics Week and was chosen to be In Competition at the 2017 Asia Pacific Screen Awards along with yet another film she produced, Gerardo Calagui’s Those Long Haired Nights.

The 11th APSAs will be presented on Thursday 23 November at Brisbane Convention and Exhibition Centre.

The Asia Pacific Screen Awards, based in Brisbane, is supported by Brisbane City Council and managed by its economic development board, Brisbane Marketing. APSA has the privilege of a unique collaboration with Paris-based UNESCO and FIAPF-International Federation of Film Producers Associations, and recognises and promotes cinematic excellence and cultural diversity of the world’s fastest growing film region: comprising 70 countries and areas, 4.5 billion people, and is responsible for half of the world’s film output.