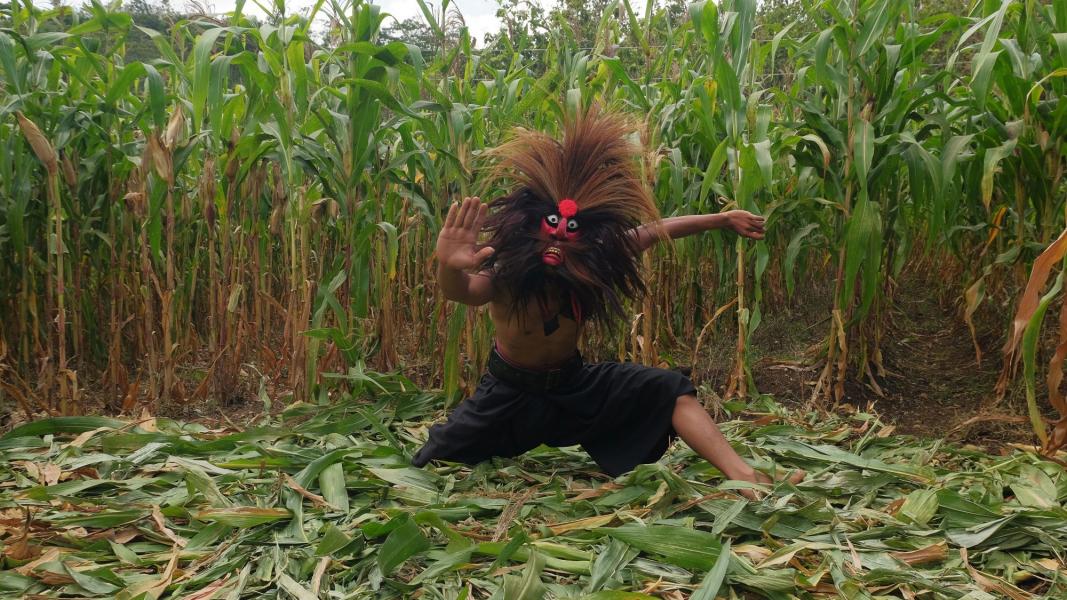 The screening forms part of his prize for Memories of My Body winning the 2018 APSA Cultural Diversity Award under the patronage of UNESCO. This unique platform provides a rare opportunity to screen the film to a truly international audience, the attendees of the 12th session of the Intergovernmental Committee meeting for the 2005 Convention on the Protection and Promotion of the Diversity of Cultural Expressions.

UNESCO Assistant Director-General Mr Ernesto Ottone R said “UNESCO and APSA share a common belief that truly transformative cinema – cinema that promotes the values of inclusion, dialogue and human rights – is more likely to emerge when the people behind the camera reflect the full range of our cultural diversity. That is why UNESCO was proud to serve on the jury of the 2018 APSA Cultural Diversity Award and why we are pleased to spotlight this year’s winner at UNESCO Headquarters.”

The award and screening event contribute to fulfilling the shared common goals of APSA and UNESCO: to promote diversity of cultural expression and raise awareness of the value and power of culture and cultural industries at local, national and international levels.

The Brisbane-based APSA and Paris-based UNESCO are celebrating a unique 12-year collaborative relationship and in 2018, for the first time, a dedicated APSA International Jury was appointed to preside solely over this award.

Chairman of the Asia Pacific Screen Awards and its Academy, Michael Hawkins said, “The UNESCO screening of the Cultural Diversity award winner immediately puts into practice what APSA and UNESCO aim to achieve with the award and in general: to share unique stories on screen for audiences worldwide to connect with, thereby preserving culture through sharing it.”

The APSA International Cultural Diversity Jury consisted of prolific and acclaimed documentarian and author, and the first female filmmaker from Yemen, Khadija Al-Salami (Jury Chair), Laos’ first female feature filmmaker and first horror feature filmmaker Mattie Do (Laos) and the first ever juror formally representing UNESCO, Anthony Krause, Chief of the Policy and Research Unit in the Section for the Diversity of Cultural Expressions.

The jury said Memories of My Body is “a powerful coming-of-age story of a dancer that is unafraid of traversing multiple artistic expressions and forms to understand and define his individual identity. It is a call for resistance to challenge social and cultural norms through art. A universal tribute to artistic freedom that resonates intimately with each one of us.”

The screening was the fifth annual screening of its kind, following similar screening events for all of the APSA-winning films in this category since 2014’s Memories on Stone.

The screening was followed by a Q&A panel discussion with Garin Nugroho, APSA Lead Jaclyn McLendon, and Anthony Krause. Khadija Al-Salami was also in attendance.

Memories of my Body lead actor Muhammad Khan was in attendance at the APSA 29 November ceremony in Brisbane, where he accepted the unique handmade glass vessel by award-winning Brisbane artist Joanna Bone.

Memories of My Body, which received an MPA APSA Academy Film Fund grant for early script development, world premiered in the Horizons competition of the 75th Venice Film Festival in September. APSA co-presented the Australian Premiere at the Adelaide Film Festival in October.

Memories of my Body – synopsis

Juno is just a child when his father abandons him in their village in Central Java. Alone now, he joins a Lengger dance center where men shape their feminine appearance and movement. Since his youth, Juno has grown to feel that in a man there is always an element of male and female. But the sensuality and sexuality that come from dance and bodies, mixed with the violent social and political Indonesian environment, force Juno to move from village to village. On his journey Juno gets attention and love from his dance teachers, a handsome boxer and a Warok, and he must face the battlefield that his body is becoming.

APSA Cultural Diversity Award under the patronage of UNESCO

UNESCO is the United Nations Educational, Scientific and Cultural Organization. It seeks to build peace through international cooperation in Education, the Sciences and Culture. UNESCO’s programmes contribute to the achievement of the Sustainable Development Goals defined in Agenda 2030, adopted by the UN General Assembly in 2015.