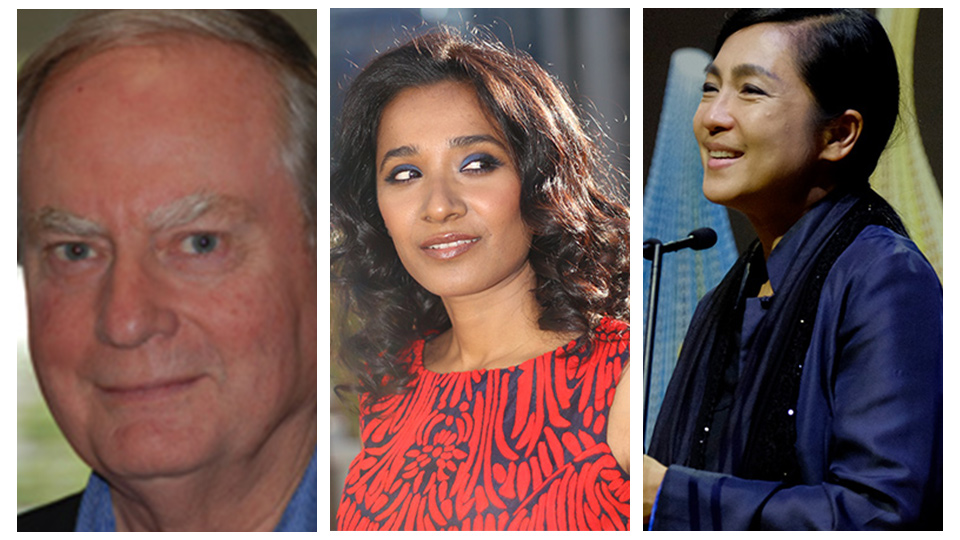 Tokyo, Japan: The Motion Picture Association (MPA) in partnership with the Asia Pacific Screen Awards (APSA) and its Academy today announced the jury chosen to determine the recipients of the 8th round of their Asia Pacific script development initiative, the MPA APSA Academy Film Fund.

The Fund was established to support, at script stage, new feature film projects from APSA Academy members. The current round is open to the most recent inductees to the Academy, the 2017 nominees.  Each year, the Fund awards four grants of US$25,000 wholly supported by the Motion Picture Association. Successful recipients will be announced during the 11th Asia Pacific Screen Awards on 23 November, 2017 in Brisbane, Australia.

Yoshi Yatabe announced the eminent panel who will determine what the four successful projects will be led by returning Chair Andrew Pike OAM. He will be joined by Indian actress and former APSA International Jury member and Ceremony host Tannishtha Chatterjee and Chinese film producer and distributor Alexandra Sun.

Senator Dodd said at the completion of this eighth round of the MPA APSA Academy Film Fund the number of supported projects would reach 32, “an extraordinary achievement for this initiative that is still in its infancy”.

“The 28 projects funded to date hail from 19 countries and areas of Asia Pacific, and represent the MPA’s commitment to supporting and developing the work of storytellers from right across this region,” he said.

“It is incredibly rewarding to see the completed films find international platforms to share their unique stories from the region. This year we have seen Annmarie Jacir’s Wajib (Duty) premiere at Toronto International Film Festival, named as Palestine’s official submission for the 90th Academy Awards®, and now amongst the APSA nominees.

“Currently in pre-production are MPA-funded feature films from Bangladesh, India, Iran, Iraq, Israel, Marshall Islands, South Korea and Turkey, while eight other projects are still in development, and production is underway on a project from Russia. The MPA is honoured to support these filmmakers in their journey from script to screen,” Mr Ellis said.

In what has become an annual event, the Motion Picture Association of America (MPAA) and the Australian Embassy to the United States will present a special event on 9 November at the MPAA Washington Headquarters to celebrate the success of the MPA APSA Academy Film Fund. This year the event will be co-hosted by the Singapore and Thai Embassies to the United States.

The event, to be attended by representatives from politics, the diplomatic sector, and the filmmaking community, will culminate in a special screening to represent the cinematic excellence and celebration of cultural diversity embodied by the Asia Pacific Screen Awards. In 2017, the film honoured with a special screening is Kirsten Tan’s Singapore-Thai co-production Pop-Aye, executive produced by APSA Academy member Anthony Chen.

Pop-Aye was the first Singaporean film selected to screen at the Sundance Film Festival where it won the Special Jury Prize for Screenwriting in the World Cinema Dramatic Competition, and has since been named as Singapore’s official submission for the 90th Academy Awards®.

Chairman of the Asia Pacific Screen Awards and its Academy Michael Hawkins said “APSA is honoured to work in partnership with the MPA and we thank them for their ongoing support of the filmmakers of Asia Pacific. The annual grants provided by the MPA enable the development of unique Asia Pacific stories and assist filmmakers in seeing those stories realised.”

Chair:  Andrew Pike OAM is a legend of the Australian film industry. He is an award-winning documentarian, as well as a film historian, author and the founder of Ronin Films, responsible for helping to bring films such as Strictly Ballroom and Shine to the world.

Indian actress Tannishtha Chatterjee returns to APSA having served on the 2010 International Jury and as host of 2011 APSA ceremony. Often referred to as the Princess of Parallel Cinema for her work in Indian cinema, she is one of the nation’s most recognised stars.

Chinese film producer and distributor Alexandra Sun has helped to distribute many award-winning Asian films including Song of Tibet and iconic Japanese animation Jin-Roh: The Wolf Brigade. As a producer she helped to bring to life Li Yang’s Blind Mountain, which played the Cannes Film Festival, and Sonthar Gyal’s River, which won the APSA for Best Youth Feature Film and played the Berlin International Film Festival.

It All Started with a Poster, Suha Arraf (Israel)

The Asia Pacific Screen Awards, the region’s highest accolade in film, is based in Brisbane, supported by Brisbane City Council and managed by its economic development board, Brisbane Marketing. APSA has the privilege of a unique collaboration with Paris-based UNESCO and FIAPF-International Federation of Film Producers Associations, and recognises and promotes cinematic excellence and cultural diversity of the world’s fastest-growing film region: comprising 70 countries and areas, 4.5 billion people, and is responsible for half of the world’s film output.