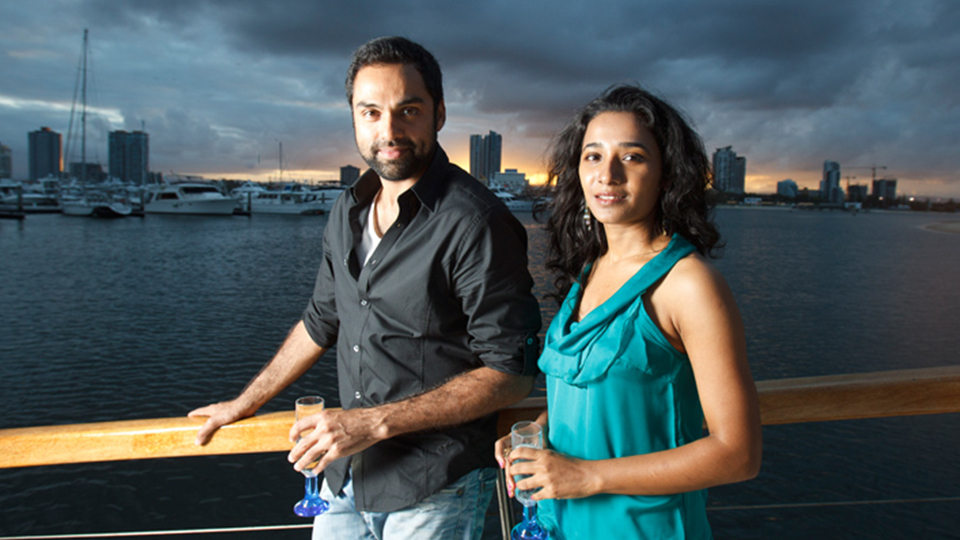 Actors, actresses, filmmakers and special guests have begun arriving on the Gold Coast, Queensland, Australia, for the fourth annual Asia Pacific Screen Awards (APSA) to be presented on Thursday December 2. 31 films from 15 countries and territories have been nominated in this year’s APSAs, the region’s highest accolade in film.

Nominees or their representatives from all 15 countries and areas are travelling to the Gold Coast to attend the Awards Ceremony, including Best Performance by an Actor nominees Australia’s Tony Barry, and Indian star Atul Kulkarni, and Best Actress nominees Tejaswini Pandit from India and China’s Xu Fan, star of Aftershock¸ the highest grossing Chinese film ever in China and nominated for a record six APSAs.

Atul Kulkarni, who has won two National Awards in India and has superstar status in the Indian Marathi film industry, is currently in Queensland filming Roland Joffé’s new film Singularity.

Nominees across all Asia Pacific Screen Award categories will be attending, including the directors and producers of the Best Feature Film nominees Aftershock and Honey, winner of the Berlin Film Festival’s Golden Bear for Best Film. Aftershock will be represented by director Feng Xiaogang and producer Wang Zhongjun, from China. Honey will be represented by director/producer Semih Kaplanoglu, from Turkey, and nominated cinematographer Baris Özbiçer.

Nominated producers in the Best Animated Feature Film category attending the Awards are Zareh Nalbandian, Australia, for Legend of the Guardians: The Owls of Ga’Hoole,
Yasumasa Tsuchiya, Japan, for King of Thorn, Mitsuhisa Ishikawa, Japan, for Oblivion Island: Haruka and the Magic Mirror, and Lynne Wang, China, for Piercing I. Piercing I writer and director Liu Jian is also attending the Awards.

Indonesia’s Christine Hakim, one of the most experienced and respected figures in the South East Asian film industry, will attend the Awards as the recipient of the APSA 2010 FIAPF Award for Outstanding Achievement in Film.

Already on the Gold Coast is the 2010 APSA International Jury who has commenced its deliberations.  President of the International Jury is Lord David Puttnam, Academy Award winner and producer of Chariots of Fire, The Mission and The Killing Fields. Other Jury members are Indian actress and star of Road, Movie and Brick Lane, Tannishtha Chatterjee; multi-award winning Indonesian writer, producer and director, Salman Aristo, who wrote the screenplay for Laskar Pelangi(Rainbow Troops, 2008) which holds the record for the highest box office in Indonesian film history; Ming Zhenjiang – producer and First Deputy President of the China Film Producers Association, FIAPF’s official representative in the People’s Republic of China; acclaimed Australian cinematographer Ellery Ryan whose credits include such Australian classics as Angel Baby and Spotswood; Kazakh writer/director Sergey Dvortsevoy whose film Tulpan won the APSA Best Feature Film Award in 2008 and the Prix Un Certain Regard at the Cannes International Film Festival in the same year; and Turkish filmmaker and film academic Serdar Akar whose many awarded films include Valley of the Wolves: Iraq, which became the highest grossing Turkish film of all time.

APSA has also announced that Ma Xiaohui, Erhu virtuoso and composer, internationally renowned for her duet with the famous cellist Yo-Yo Ma for the Academy Award winning soundtrack for the film Crouching Tiger, Hidden Dragon, will perform at the Awards ceremony. Ma Xiaohui will travel to Queensland with the generous support of the Australian Centre of Chinese Culture and Arts.  She will be joined on stage by Queensland’s Southern Cross Soloists.

1. FIAPF Award
The FIAPF – International Federation of Film Producers Associations will determine the winner of the award for outstanding achievement in film in the Asia-Pacific region.

2. UNESCO Award*
The United Nations Educational, Scientific, and Cultural Organization (UNESCO) Award for outstanding contribution to the promotion and preservation of cultural diversity through film.